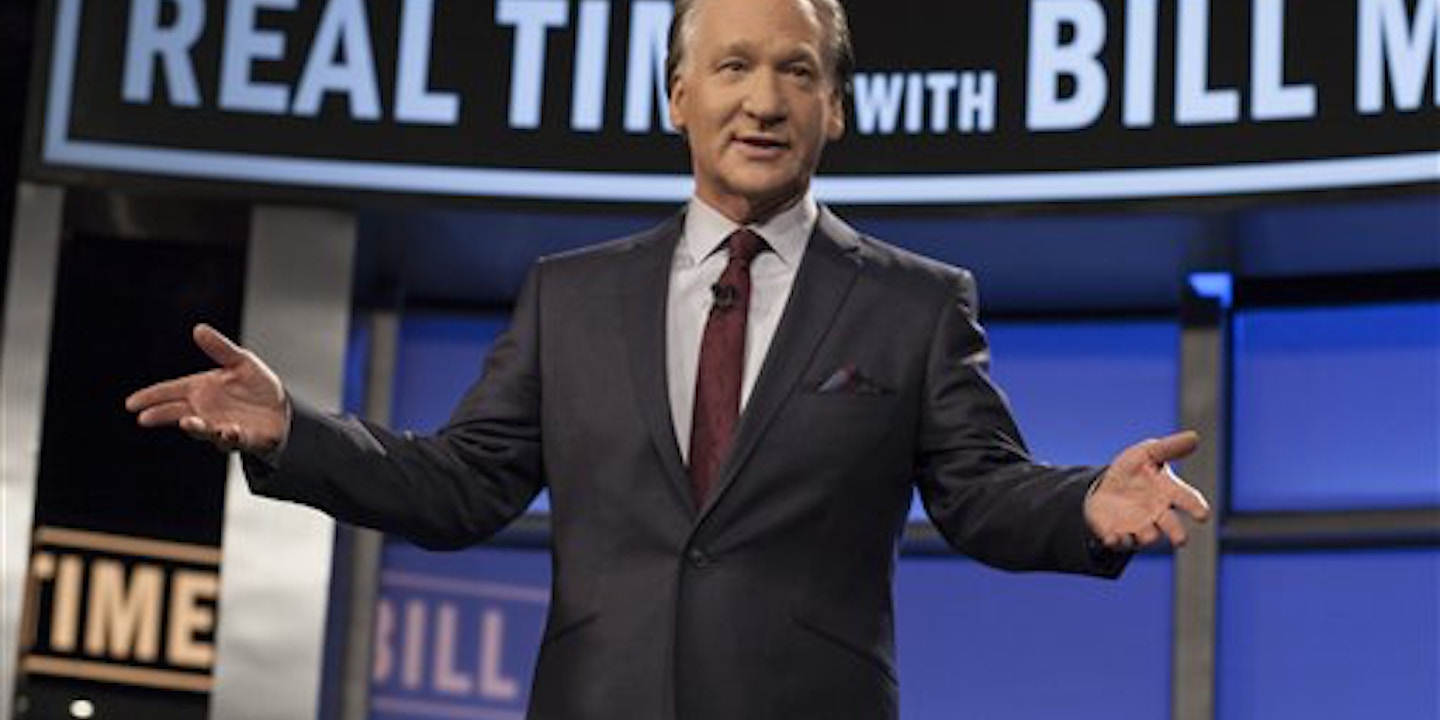 Like many others, of late I’ve been sharing in the surreal experience of watching Bill Maher transform from a mildly interesting, “edgy,” talk show host into a crude, overbearing demagogue. It hasn’t been pleasant viewing, but Maher really does appear to be in rare form these days. Between him sharing his fears about the terrifying number of babies today being named Muhammad, to complaining about Muslims in America who “bring that desert stuff into our world” — the first question that comes to mind is: this guy is a liberal?

Watching his increasingly outlandish public performances, one gets the sincere impression that Maher believes that since he smokes weed and supports gay marriage it’s impossible for him to be a bigot. Needless to say, it’s become glaringly obvious that self-awareness is not really his strong suit.

Maher last week got into a rather heated argument on his show with Ben Affleck over the broadly defined subject of Islam and Muslims. Maher, who became visibly scandalized by Affleck’s suggestion that most Muslims are normal people, launched into an indignant tirade about the Muslim world, alleging, among other things, that Islam “acts like the Mafia” comprised of people who will “fucking kill you” for trying to leave.

The fact that this is both impossible and false was apparently no deterrent. Maher and his utterly hapless sidekick Sam Harris defended their position against allegations of racism by basically just repeating it over and over. At one point Harris simply stated that “Islam is the motherlode of bad ideas,” in response to which Maher blurted “that’s just a fact”.

It’s depressing that this needs be repeated anew every generation: Making incendiary and ignorant generalizations about vast groups of people is never a good idea.

Maher’s primary defense against Affleck’s charges was that “Islam is not a race” but an idea, a claim Harris has repeated. Strictly speaking of course this is true. Islam is certainly not a “race”, at least not in the way in which the term is popularly understood in America. But because many people buy into the myth that theocratic governments or even groups like Al Qaeda and ISIS speak for all Muslims, Muslims have become — undeniably — a racialized group after 9/11.

Aside from the near-daily instances of assault and harassment against Muslims as a result of anti-Islamic prejudice, there are countless Sikh and Hindu-Americans in America today being beaten up and even killed for the crime of “looking Muslim.” These acts aren’t being committed by people who have interrogated their victims innermost existential beliefs, they’re basic racism.

While it’s depressing that this apparently needs be repeated anew every generation, making incendiary and ignorant generalizations about vast groups of people is never a good idea. Moreover, anyone with a modicum of familiarity with the Muslim world that goes beyond American pop culture can also tell you that the characterizations Maher makes are broadly incorrect.

Insisting on framing problems like apostasy laws in certain Muslim countries simply as issues with “Muslims” — thus implicating ordinary people who in the majority of cases are largely aloof from said laws — is not activism but pure bigotry. Despite this, that’s exactly what Maher does, night after night. Incredibly enough, he also seems to think that his rhetoric in this context represents some kind of act of personal bravery.

If that’s true, then Fox News must be the bravest news organization in the country. Maher, for all his supposed liberalism, has in fact become the new poster-boy of the right-wing network. He’s even won the enthusiastic support of luminaries like Robert Spencer thanks to his zealous “liberal” chauvinism.

To anyone who has followed Maher’s career over the long-run, his bizarre unraveling over the past several years has been at times agonizing to watch. Maher’s favorite rhetorical targets now — women and minorities — are people who simply don’t have access to the same resources that he does to make their voices heard in society. This is how, improbably enough, Ben Affleck became an overnight hero to many Muslim people in America and around the world for using his voice to speak on their behalf during another one of Maher’s tirades. It was both a touching gesture and a sad reflection of what things have come to.

In a revealing interview a few weeks earlier on Charlie Rose, Maher had complained:

“In this country, if you just use the wrong word about women, they go nuts …in all these other countries…They’re doing things like making them wear burkas. They’ve been brainwashed.”

Here, if I may, is liberal celebrity Bill Maher in a nutshell. Talking down to people who don’t have the power or apparently even the agency to talk back, while shamelessly seeking more latitude to engage in his own preferred prejudices at home. Neither Muslims nor women have any say in his characterizations of them – and Muslim women in particular who may disagree with him are blithely written off as a brainwashed zombies. It’s pretty gross, and over time it’s just getting grosser.

Needless to say, I don’t really have high expectations for the “civil dialogue about Islam” Maher is planning on holding along with fellow Islamic scholar Glenn Beck.