Protesters Hit Back at Cops — in Court 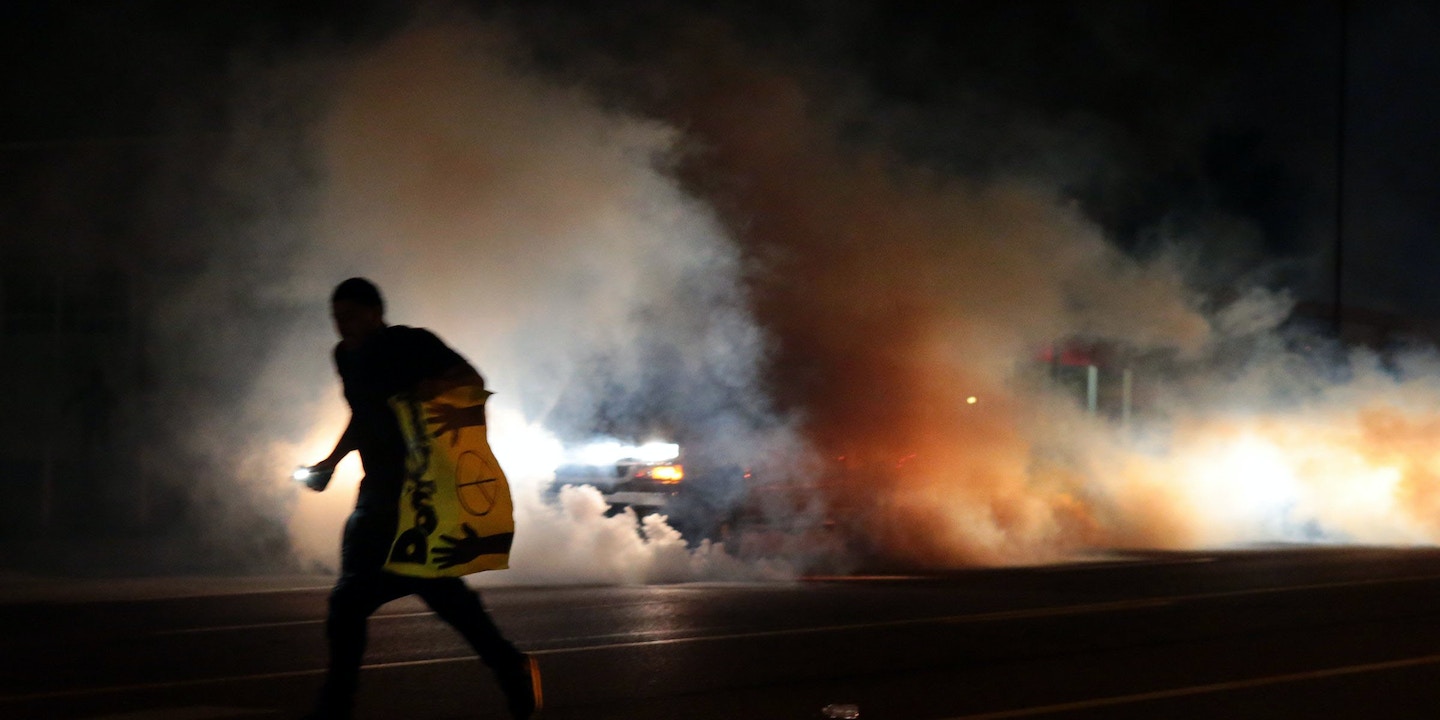 Protest season is in full swing. A five-month campaign of fast-food-worker demonstrations reached its crescendo in September with marches in New York, Detroit, and dozens of other cities; a climate-change march later that month saw more than 100 protesters arrested in New York; and two months of protests against police in Ferguson, Missouri are set to coalesce in a “Weekend of Resistance” in and around the city starting Friday.

Along with all that free speech comes a very real risk of unlawful detention, physical injury, and gagging — metaphorical and literal — on the part of overzealous police. While those who have been manhandled by the police can’t literally strike back, they can use a powerful and increasingly effective legal avenue to hit cops and police departments where it really hurts: the wallet.

The avenue: a federal law known as Section 1983. Passed by Congress as part the Civil Rights Act of 1871, Section 1983 allows anyone whose Constitutional rights were violated by state employees to sue for damages in a federal court. It’s the basis for a $40 million lawsuit filed against the Ferguson police by five individuals arrested during the protests.

While the law is more than 143 years old, in its second century it has become a powerful check against state and local government overreach.

While the law is more than 143 years old, in its second century it has become a powerful check against state and local government overreach. Why now? Well, for one thing, civil rights are a lot further along than they were in the Reconstruction Era. For context, at the time Section 1983 was enacted, women would wait 48 years for the 19th Amendment (giving them the right to vote) and African Americans had another 84 years to go until the Supreme Court ended segregation in Brown v. Board of Education.

Now that courts are much more “into” civil rights, Section 1983 has three main advantages: First, it relies on federal law, which is often better than the patchwork of state civil rights laws. Second, federal judges are lifetime appointees who are (in theory) less susceptible to political pressure. Third, successful plaintiffs can recover attorneys fees, making it easier to retain a lawyer for comparatively minor claims with low potential damage awards.

Even with those advantages, suing the cops is never easy. As state employees, police are entitled to qualified immunity, a legal doctrine that shields government officials from liability as long as their actions aren’t utterly out of whack with established law. Fair enough – we can’t ask cops to consult an attorney before slapping cuffs on every perp. On the other hand, ignorance of the law is no excuse. Thus, Section 1983 cases turn on an objective analysis of whether a “reasonable” officer would have known his conduct was unconstitutional. Who is an objectively reasonable officer? In practice, plaintiffs must typically identify a statute or court decision from within their jurisdiction to show that the cops had notice that their actions would be unconstitutional.

Since Section 1983 claims run the gamut of Constitutional rights – First, Fourth, Fourteenth, you name it – every case is unique, a legal snowflake. But the recent debacle in Ferguson, Missouri is fairly instructive. For instance, the First Amendment prohibits cops from pointing guns at and threatening “I will kill you” to individuals filming them in public. But the right that appears to have been most broadly violated is the Fourth Amendment protection against unreasonable search and seizure. While one might typically think of a seizure as the taking of something, one’s own body can be seized. Therefore, any excessive force (or threatened excessive force) is unreasonable and violates the Constitution.

What kind of force qualifies as excessive? Federal courts weigh three holistic factors established by the U.S. Supreme Court: (1) the severity of the crime; (2) whether the suspect posed an immediate safety threat; and (3) whether the suspect was actively resisting or fleeing arrest.

Given the overwhelmingly peaceful nature of the Ferguson protests, no reasonable officer would employ violent tactics against many arrested for “failure to disperse,” also known as standing still for more than five seconds. Yet, that’s exactly what dozens of cops did over the first two weeks of the protests. Perhaps the Ferguson police department is filled with renegades playing out their wildest Lethal Weapon fantasies — living on the razor’s edge, running amok, Martin Riggs-style, without regard for decorum or consequences (mullet optional). More likely, the officers in question were simply following orders. In that case, under Section 1983, municipalities are on the hook for unconstitutional policies and customs as well as failures to train or supervise. Therefore, cities like Ferguson who sic the cops on protesters can be held liable.

Just yesterday, federal Judge Catherine Perry of the Eastern District of Missouri, presiding over a second 1983 lawsuit brought by Mustafah Abdullah of the ACLU of Missouri, slapped the police with an injunction barring them from enforcing the aforementioned five-second rule, finding that the plaintiff was likely to prevail on his Section 1983 claims against Saint Louis County and the Missouri Highway Patrol. In her order, Judge Perry observed that “St. Louis County apparently wishes the court to conclude that all of the different officers who took the same actions over a period of several days were doing so on their own, without any orders or directions from the County police department policymakers. This argument is contradicted by the facts of the case.” While Abdullah is not suing for damages, Judge Perry’s injunction bodes well for other claims against law enforcement in Ferguson.

Police may not always respect the law, but they do respect dollar signs. Cops may think twice before trampling on protestor rights if they are informed which Constitutionally guaranteed freedom they are are about to violate and how much it might cost them.