Frosted Glass Falcons and Other Gifts for Your Favorite CIA Employee

CIA agents are mostly gifted rugs, so many rugs. The lucky agents get wristwatches and daggers. Sometimes it’s like, what do you give the Drone Queen who has it all? You’re thinking, “yeah, I know you engaged in covert missions in Qatar, but are you sure all you want is The Hangover 3 on DVD?”

As the holiday season approaches and you’re shopping for your favorite spy or diplomat,  it’s important to know what they’ve already got. It would be so embarrassing if you gave John Kerry the same framed enamel picture of the Kremlin (estimated value, $430) as Vladmir Putin did last year!

Luckily, the State Department keeps track of all the valuable gifts given to federal employees by foreign governments, and last year’s list was published yesterday. It reads like a cross between a Skymall catalogue and a Smithsonian exhibition. The poor public servants don’t get to keep the presents; they either become the property of the agency for which the employee works, or they get sold. Or they are left uncollected in a sort of gift purgatory; Kerry’s 460 bottles of Moldovan wine, for example, remain “in the storage cubby at the winery.”

Qatar is the U.S.’ favorite rich relative, doling out 32 gifts worth a total of $100,568, mostly to the Air Force and the Defense Department. China gave 24 presents but it’s obviously cheap crap, adding up to just a measly $23,438. Afghanistan comes in third with 22, of which 16 are rugs. Iraq only gave the U.S. 8 things. Ingrates. 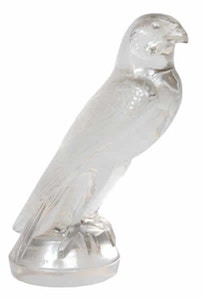 For gifts to intelligence agencies, the giver isn’t named — that “could adversely affect United States intelligence sources or methods.” So we’ll never know who gave CIA director John Brennan a filigree silver double-edged curved dagger with an estimated value of $1,500, or the $2,500 frosted glass falcon from French designer Rene Lalique. That is some classy shit!  Our guess is Jordan. Certainly not the Russians, who gave Eric Holder a $367 watch, which is the diplomatic gift equivalent of a half eaten bag of cat food. Nor can we know who at the Office of the Director of National Intelligence received a “silver processional group of an elephant with elaborate howdah flanked by a mounted horse and a mounted camel with a seed pearl bridle on a floral enameled and silver chased bottom stand in a fitted red brocade silk case ($500).” But they are keeping it, for whatever conceivable “official use” it is good for.

CIA agents are mostly gifted rugs, so many rugs. If you’re shopping for a spook this year, skip the Z Gallerie sale on floor rugs, and stick with the lacquered falcons. Rugs are like slipper socks to CIA agents, so just FORGET IT. The lucky agents get wristwatches, like a Gentlemen’s Aqua Timer stainless steel automatic winding water-resistant chronograph ($5,500.)

Daggers, 6 total ($400-$1500), are becoming a popular stocking stuffer. Animal statues, from elephants to cheetahs to goats, are a timeless trend. Canada is up on it, giving Defense Secretary Chuck Hagel one entitled “Vision of the Bear” ($500.) Which is so Canada.

Now we know the U.S. government would never look a gift silver-clad cast resin horse with signature on flank on a faux malachite base in the mouth (to John Kerry, from Saudia Arabia with love, $425) but they might be a little suspicious of digital devices from foreign heads of state. Here, CIA employee, would you like a Samsung Galaxy III cellphone ($400)? Or three iPads (don’t trust the cloud with those nudes!)? White House science adviser John Holdren, why don’t you use this 16 GB Xiaomi 2 mobile phone ($749), a gift from China’s Minister of Science and Technology? But a portable briefcase-style letter steamer and secret writing analyzer ($400) is an example of a very practical present for a CIA agent. 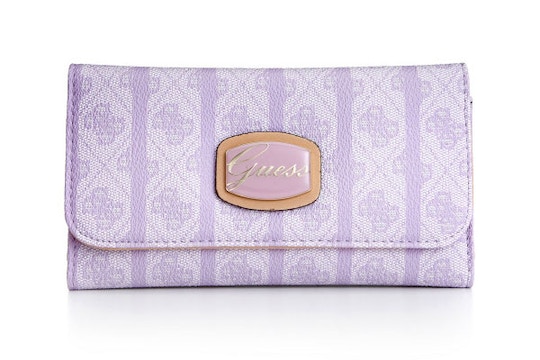 But maybe you’re like, “Baby, you’re my favorite Kenyan Community Organizer,”  and you want to spoil your lover like they were the 2nd term leader of the free world. In which case you can act like King of Morocco and give $2,484 worth of Godiva chocolates. Or like Zanzibar and make your beloved dozens of yards of cloth and baseball caps with his face on them. Or if you’re super into a gag gifts, like penis shaped pastas, or a Hillary Clinton nut-cracker, to maximize your mind-melting irony quotient take a cue from Funny Man Mahmoud Abbas, who gifted Obama a painting of President Lincoln juxtaposed with President Obama. Estimated value: FATHOMLESS.