Senate Republicans sank the only significant legislative attempt to rein in the NSA since Edward Snowden’s disclosures. 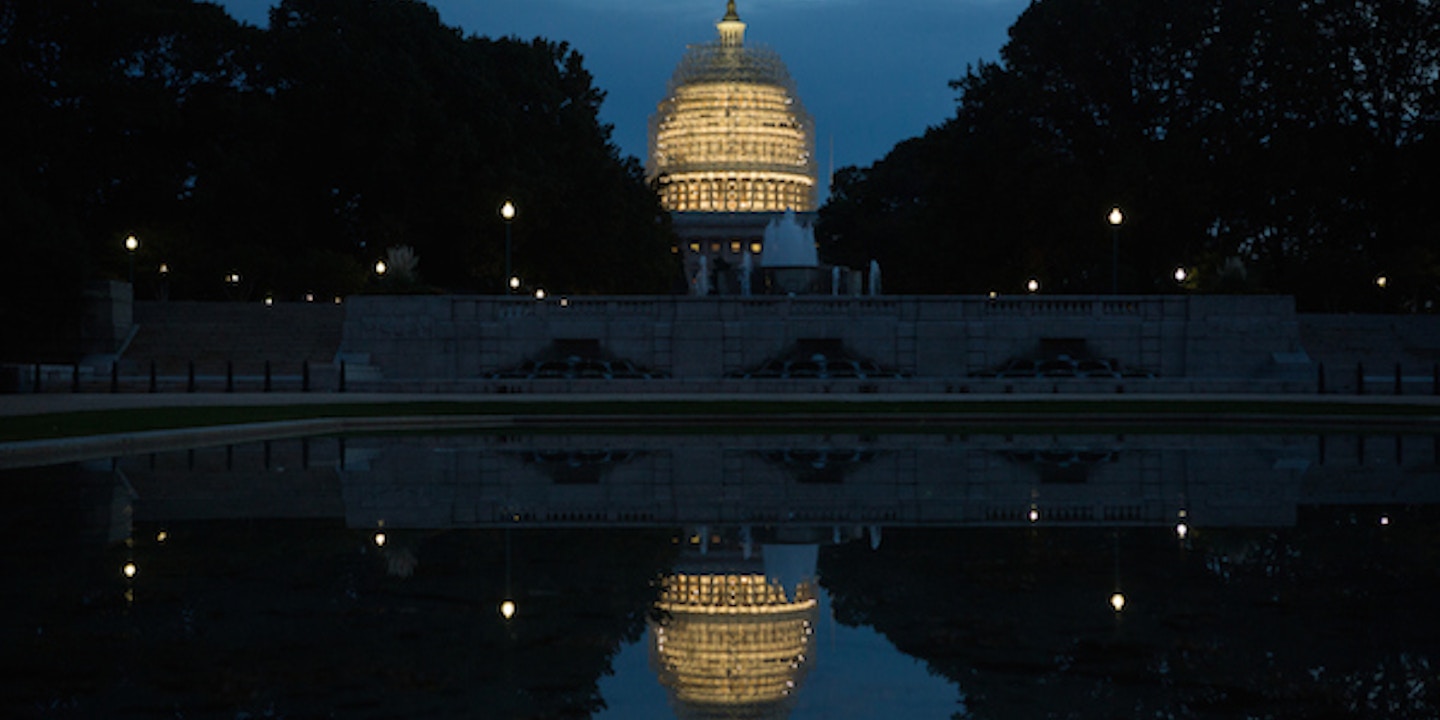 Senate Republicans, ratcheting up their rhetoric about the threat posed by the Islamic State, on Tuesday night sank the only significant legislative attempt to rein in the National Security Agency in the nearly year and a half since  American citizens first learned they were being spied on by their own government.

The procedural vote to move forward on the USA Freedom Act required 60 votes. It received 58. All but one Democrat and four libertarian-leaning Republicans voted in favor of the bill. The rest of the Republicans — including libertarian firebrand Rand Paul (R-Ky.) —  voted against, along with Florida Democrat Bill Nelson. (Here’s the rollcall of the vote.)

During a brief debate before the vote, Georgia Republican Saxby Chambliss warned that members of the Islamic State “want people to walk the streets of New York… and start killing people.”  And, displaying either a real or feigned ignorance of the extraordinary latitude the NSA will continue to enjoy when it comes to spying on international communications, he suggested that the bulk collection of domestic phone records was necessary to ferret out such plans. (Watch video of the debate.)

“God forbid we wake up tomorrow morning… to the news that a member of ISIL is in the United States and federal agents need to determine who this person is coordinating with to carry out a potential attack upon the homeland,” Florida Republican Marco Rubio said. “I promise you, if God forbid a horrifying event like that would happen, the first question that would be asked is why didn’t we know about it?”

Maine Republican Susan Collins asked: “Why would we weaken the ability of our intelligence community at a time when the threats against this country have never been greater?”

Supporters of the bill noted that bulk domestic surveillance had not served any identifiable intelligence purpose.

After the vote, Vermont Democrat Patrick Leahy, who wrote the bill, decried the “scare tactics” used by the opposition. “Fomenting fear stifles debate,” he said. “And doing it at the last minute is all the more regrettable.” (Watch the video.)

“This nation deserves more than that. This nation should not allow our liberties to be set aside by passing fears,” he said.

Looking around the chamber, Leahy concluded: “If we do not protect the Constitution, we do not deserve to be in this body.”

Supporters of the USA Freedom Act, including privacy groups and technology companies, had considered it an essential first step toward ending the NSA’s overreach. But Senate Minority Leader Mitch McConnell set the tone for the day in the morning, actively encouraging his caucus to block the measure, citing concerns that it would hurt the fight against such groups as the Islamic State. Republicans also took their cues from an op-ed in the Wall Street Journal, in which former CIA and NSA director Michael Hayden and former attorney general Michael Mukasey described the bill as NSA Reform That Only ISIS Could Love.

With Republicans taking control of the Senate in January, a vote during the current lame-duck session was widely considered the bill’s last, best shot.

The USA Freedom Act would have ended the government’s bulk collection of domestic phone records, forcing officials to make specific requests to phone companies. It would also have ended the law-enforcement monopoly on arguments before the secretive surveillance court by creating a role for a special advocate. And it would have required that significant court opinions be made public.

The arguments in favor of the bill on Tuesday night focused on the widespread support it enjoyed, real invasions of privacy, and the astonishing lack of any evidence that the bulk program had ever uncovered terror plots. “We learned that the bulk phone records collection program had not – as previously advertised – thwarted 54 terrorist plots, or even dozens, or even a few. In fact, we learned through our public hearings that the number was maybe one,” Leahy said.

“This is a carefully crafted bill that builds on the work of the House of Representatives, and has the unprecedented support of the Director of National Intelligence, the Attorney General, the Director of the NSA, American technology companies, and privacy and civil liberties groups across the political spectrum,” he said. “It is a reasonable and responsible compromise. There is no reason why we should not proceed to a debate.”

The Republican opponents indulged in dark fantasies about terror, and misunderstandings about the bulk surveillance program. “If this amendment ever becomes law,” Chambliss threatened, “all of a sudden, all of these telcoms are going to be holding this information, as opposed to the NSA holding it.” But the phone companies already hold the records.

Privacy advocates were dismayed. “Tonight the Senate voted to maintain a status quo that undermines American technology and consumer privacy and hampers innovation,” said Laura W. Murphy, director of the ACLU Washington Legislative Office. “Though this vote is a setback, it will not stop the push for reform.”

Here are some tweets and earlier updates:

Bill author and Judiciary Committee Chairman Patrick Leahy then responded, citing widespread agreement that “bulk collection program has not been essential to keeping our country safe.”

Not all Senate Democrats were a sure thing when it came to a vote in favor of the USA Freedom Act. There were rumblings that Sen. Ron Wyden of Oregon — one of the most outspoken critics of the NSA in the Senate — might vote against it because it was too weak. There was a more distinct possibility that Sen. Dianne Feinstein of California — who as chair of the Senate intelligence committee has been a key enabler of the surveillance regime — would find it hypocritical to turn around and say the NSA had gone too far.

But Dustin Volz and Brendan Sasso are reporting that Wyden and Feinstein both pledged their support today.

“I am going to vote for this bill,” Feinstein told reporters Tuesday. “The president wants it, the president has said that for several months, and the House, I believe—it doesn’t quite mimic their bill, but it’s very close to their bill.” Feinstein said she still prefers a reform bill she authored in her committee that would be more friendly to the NSA, but acknowledged that it wouldn’t pass the Senate or House…. “Let’s get started on this. I would characterize this bill as a beginning, but let’s get started,” Wyden said. “Tonight is the beginning of reform.”…

Contact Your Senator. The following groups all want to help you contact your senator – right now! – about the USA Freedom Act. Quiz question: Which of these is not like the other?

On the Editorial Pages

The Times wrote that “the bill is a good way to begin restoring individual privacy that has been systematically violated by government spying, revealed through the leaks provided by Edward Snowden.” And, it pointed out: “If the bill doesn’t pass in the current lame-duck session of the Senate, still controlled by Democrats, it may never get past the 60-vote hurdle in the next session of Congress.”

The stridently hawkish Post hailed the bill’s “careful balance” and expressed relief that the NSA could “maintain its core, foreign-focused surveillance authorities without much change.”

The Los Angeles Times urged Congress – and Senate intelligence committee chair Dianne Feinstein in particular — not to “succumb to specious arguments from defenders of the status quo.”

After a brief debate, the Senate is expected to vote around 8 p.m. on whether to proceed with the bill. If it receives at least 60 votes, up to 30 hours of additional debate would follow, with another vote Thursday on whether to proceed. It would also require the votes of 60 of the 100 senators to pass.

If it passes, the Senate will take up the bill itself in December, when it returns from its Thanksgiving vacation. That process could be unpredictable, with potential amendments that could either make it go much further in imposing new limits on N.S.A. surveillance, or significantly weaken the provisions in the bill now. The revamped version would still need to pass the House before this Congress closes at the end of December.