The Ferguson Area’s Recovery Is Uncertain and Awkward

The St. Louis region found itself in an uncertain recovery mode following a night of unrest after officials announced there would be no indictment against Darren Wilson in the shooting death of Michael Brown. 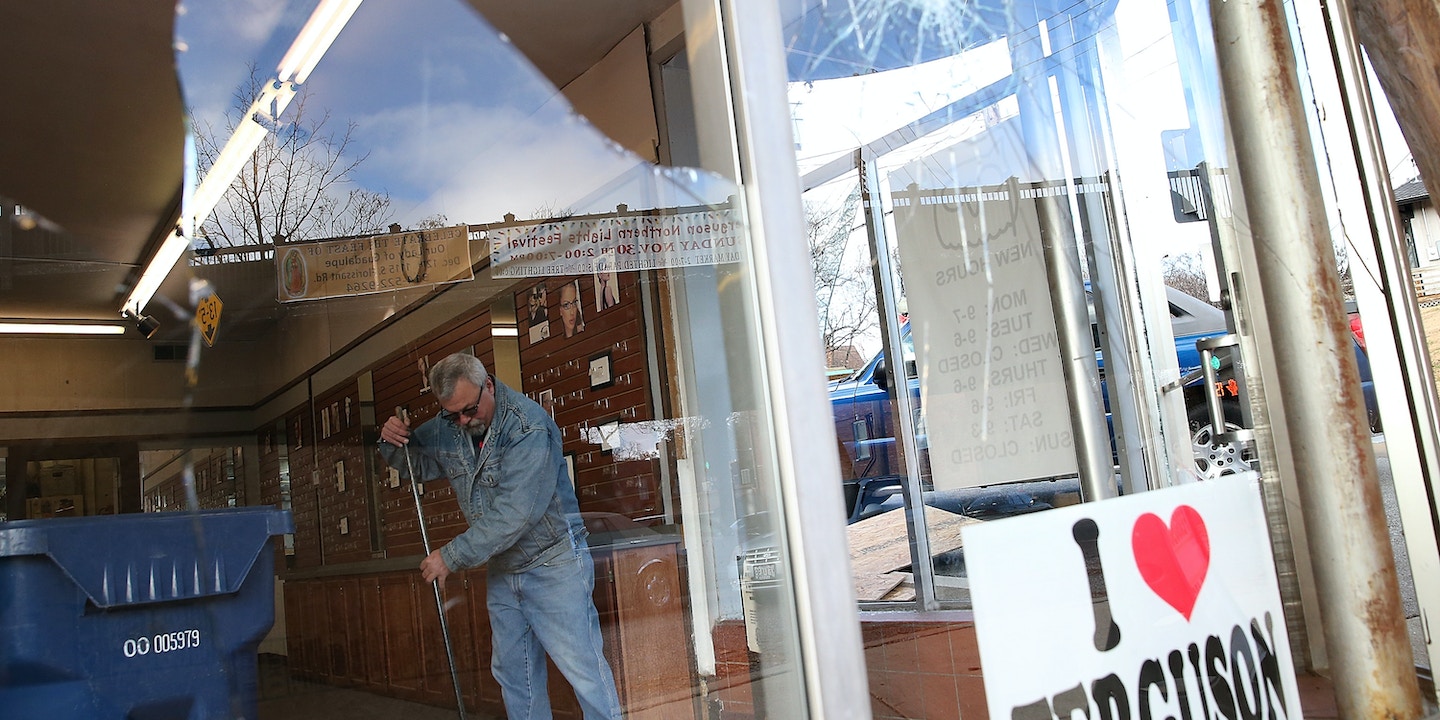 Editor’s Note: February 2, 2016
After uncovering misattributed quotes in stories written by Juan Thompson, a former staff reporter, The Intercept conducted a review of his work. We were unable to confirm the quote in this piece attributed to Odetta Cantwell.

SAINT LOUIS, Mo. — The St. Louis region found itself in a strange and uncertain recovery mode Tuesday, following a night of unrest after officials announced there would be no indictment against Darren Wilson in the shooting death of Michael Brown.

On the ground in Ferguson, some residents came out at 6 a.m. to clean up the streets and to repair damaged buildings. In downtown St. Louis, 300 protesters marched through largely empty streets chanting “hands up don’t shoot,” “black lives matter,” and “You didn’t indict. We shall fight.”

Interstate 44 was temporarily shut down after the same demonstrators blocked traffic. Police in riot gear eventually pushed the demonstrators back and reopened the freeway. “What’s happening in St. Louis is an injustice,” said protestor Odetta Cantwell.

The Brown family held a press conference Tuesday afternoon. Neither Michael Brown’s mother nor his father spoke, leaving remarks instead to their attorney Benjamin Crump. “The whole process is broken and should be indicted,” an angry Crump thundered. Crump also called for a national “Michael Brown Law,” which would make body cameras on police officers mandatory.

Missouri Governor Jay Nixon, who has received criticisms from all sides for the events that unfolded Monday night, told reporters, “The violence we saw in Ferguson last night cannot be repeated. The National Guard presence will be ramped up significantly.” More than 2000 guardsmen will be on hand tonight to squash any potential troubles. Nixon stressed that the Guardsmen would be stationed outside the Ferguson Police Department headquarters, which has been the hub of demonstrations since Brown’s killing.

Meanwhile, ABC News scored the first public interview with Wilson. The interview is scheduled to air on World News Tonight Tuesday. There is no information as to where or when the sit-down was recorded.