The Flawed Arguments Behind Not Releasing Guantanamo Footage 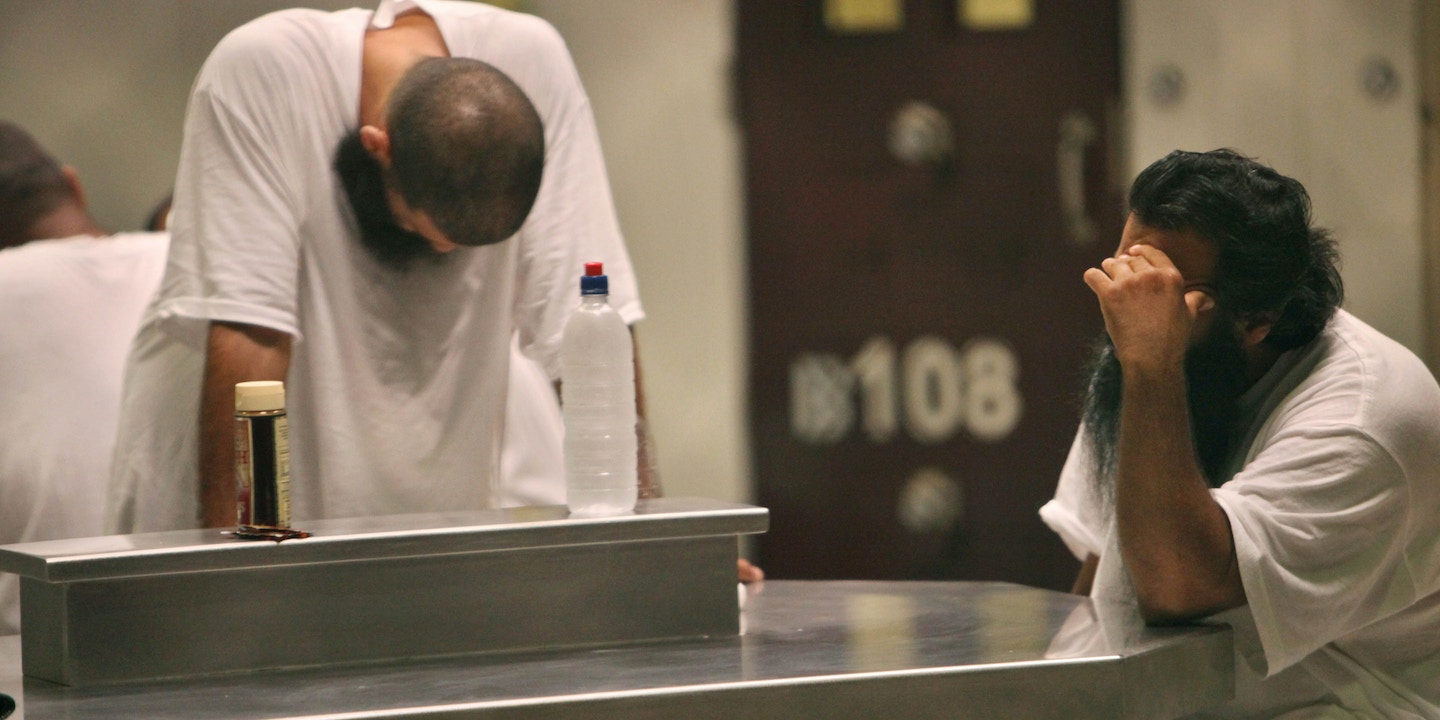 Abu Wa’el Dhiab, a 43-year old Syrian national, was among the six Guantanamo Bay prisoners freed last week and transferred to Uruguay after spending 13 years in U.S. detention. He had been cleared for release since 2009, yet the husband and father of three found himself imprisoned several years longer in circumstances characterized by indefinite detention, humiliation and inhumane treatment.

In response to what they saw as their increasingly desperate conditions, Dhiab and many other Guantanamo detainees repeatedly sought to employ the only means of resistance left available to them: refusing food. “We have given up the very things which are important: food and drink,” Dhiab stated last year, describing his motivations and those of his other hunger-striking prisoners. “And we have done so to get answers to our questions: What is our guilt and what is our crime?”

This past week, the Pentagon made the case for blocking the release of videos showing American soldiers force-feeding Dhiab and others, a painful practice that human rights organizations have decried as “cruel, inhuman and degrading.”

U.S. Navy Rear Admiral Sinclair Harris argued that releasing the tapes would only provide propaganda for hostile militant groups and further inflame popular opinion against the United States. In a seven page affidavit made public last week and first reported by the Miami Herald’s Carol Rosenberg, Harris explained the reasoning for keeping the videos out of public view:

“While the videos at issue…do not in my opinion depict any improper treatment of the detainees, but rather the lawful, humane and appropriate interaction between guards and detainees, persons and entities hostile to the United States and its detention of enemy belligerents at Guantánamo Bay are likely to think otherwise.”

To put Harris’s statement another way, the force-feeding videos are at once humane and appropriate, and yet also so visually appalling that people around the world would be enraged if allowed to view them. His solution to a potential backlash against U.S. policies is to circumscribe public oversight, and prevent anyone from actually seeing the treatment of detainees.

In the meantime, at Guantanamo, the videos of force feeding are likened to spectator sports. Rear Adm. Kyle Cozad, the camp commander, compares staff viewings of the force-feeding videos to “an NFL team watching video of the previous week’s football game to determine what plays worked well, what they did wrong, and what they could do better during the next game.”

In fact, the force-feeding procedure involves violently shackling an unwilling prisoner into a chair and painfully forcing tubes into their body through their nasal cavity. Guantanamo prisoner Samir Naji al Hasan Moqbel described his own experience being force-fed in a rare New York Times op-ed:

“…a squad of eight military police officers in riot gear, burst in. They tied my hands and feet to the bed. They forcibly inserted an IV into my hand. I spent 26 hours in this state, tied to the bed.

I will never forget the first time they passed the feeding tube up my nose. I can’t describe how painful it is to be force-fed this way. As it was thrust in, it made me feel like throwing up. I wanted to vomit, but I couldn’t. There was agony in my chest, throat and stomach. I had never experienced such pain before. I would not wish this cruel punishment upon anyone.”

Unlike Dhiab, who last week finally won his freedom, Moqbel remains incarcerated at Guantanamo with little prospect of release. While military officials may be able to casually characterize the force-feeding of such prisoners as some kind of innocuous guard-detainee interaction, they are correct that many others in the United States and around the world would likely not have the same reaction to such footage.

If people were able to see what is involved in the process of force-feeding prisoners like Dhiab and Moqbel, they may well be outraged and demand an immediate end to it, or demand a resolution to the legal quagmire of Guantanamo prisoners. This is why the world needs to see these videos.

If Admiral Harris and others believe that the actions they are carrying out at Guantanamo Bay are so shocking that they could galvanize public opinion against the United States, the solution is to either cease them, or allow the American public to watch and decide.