Brennan: Return of Torture Tactics Up to ‘Future Policymakers’ 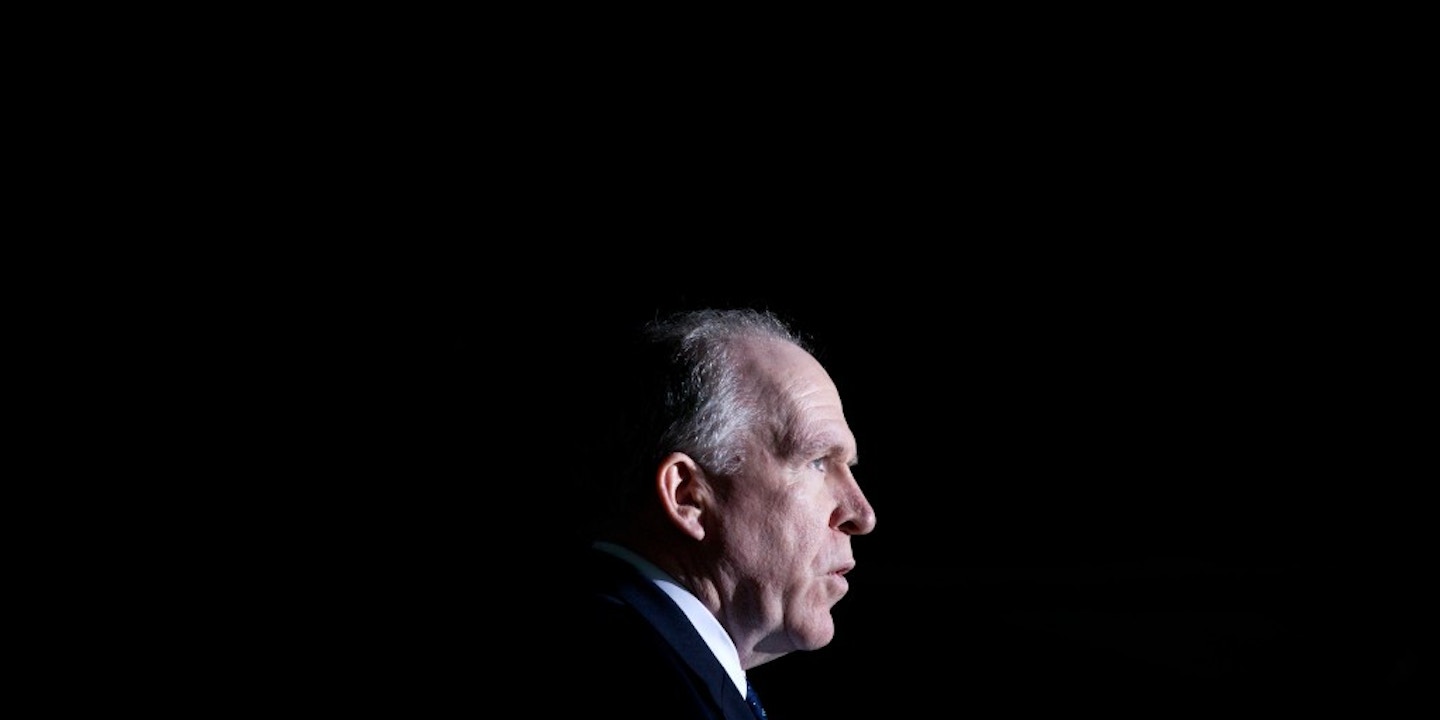 CIA Director John Brennan gave no ground to his critics during a press conference on Thursday, singing his agency’s praises and saying it “did a lot of things right” in its interrogation program.

It was his first public appearance since a Senate report released on Tuesday exhaustively documented the CIA’s gruesome record of torture and blasted the spy agency for lying about it for more than a decade.

Brennan’s dismissive response to the report was manifest in his refusal to even use the word “torture,” instead referring multiple times to the Bush-administration euphemism of choice: “enhanced interrogation techniques,” or EITs.

Brennan also left open the possibility that some of the torture tactics currently prohibited by President Obama could return in the future. Some torture critics have said that could happen, because the people responsible for torture have never been held accountable and remain unbowed.

“We are not contemplating at all getting back into the interrogation program,” Brennan said.

As for the future, he said, “I defer to future policymakers.”

Brennan reasserted the CIA’s belief that the interrogation program produced valuable intelligence “that helped the United States thwart attack plans, capture terrorist and save lives.” But he engaged in a slight rhetorical shift on the issue of whether torture itself “saved lives.”

But one of the Senate report’s central conclusions was precisely that the relationship between torture and “saved lives” is knowable. The answer, investigators concluded, is no, there is no relationship.

The CIA director in no way gave the impression of someone who is under siege, despite the report’s damning conclusions. He began his prepared remarks recalling the morning of 9/11, and ending with an homage to the CIA agents who have died in the line of duty.

On Wednesday, departing Sen. Mark Udall (D-Colo.) reiterated his call for Brennan to resign, and decried the “Agency leadership’s persistent and entrenched culture of misrepresenting the truth to Congress and the American people.”

Brennan continued his criticism of the report, which he noted was based exclusively on documents. He expressed a view — probably shared by many torture critics — when he said he wished the committee had spoken to the CIA officers involved in the interrogation techniques and had asked them: “What were you thinking? What did you consider? What was the calculus that you used?”