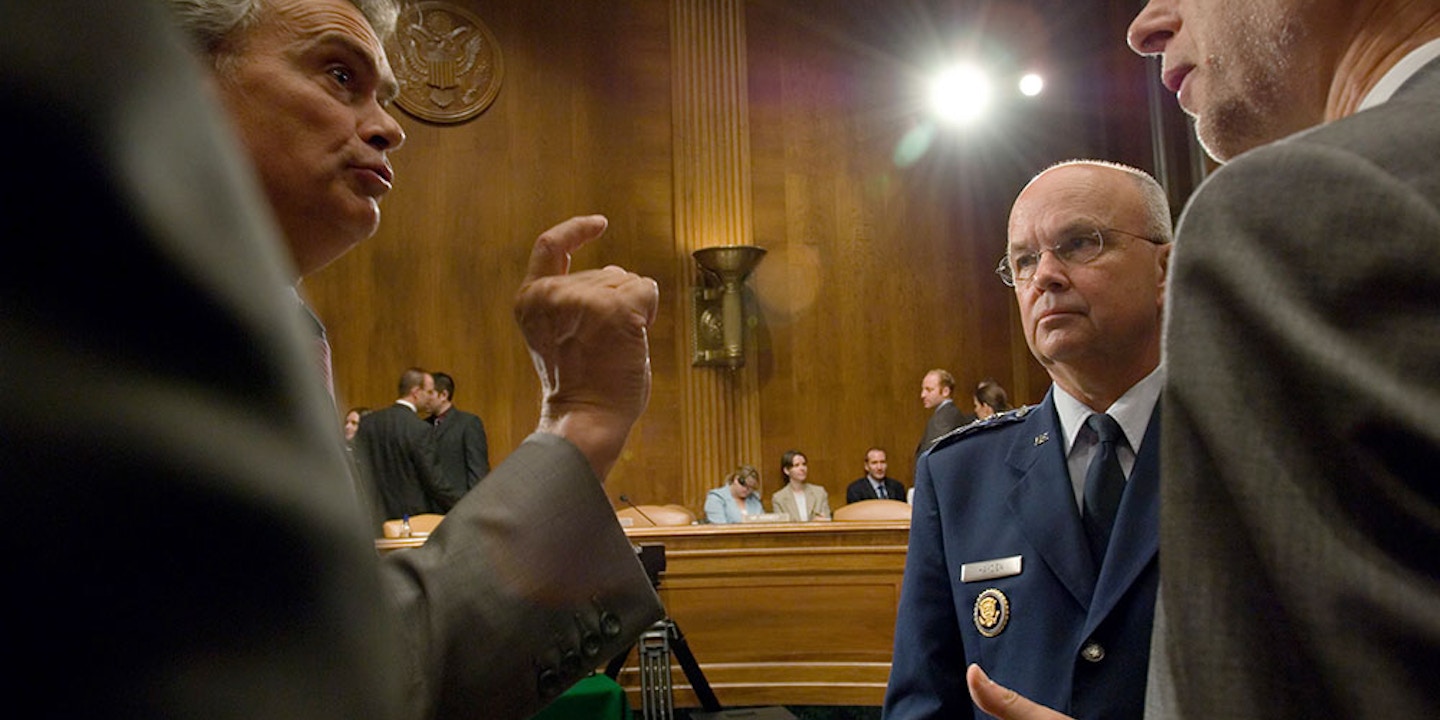 Waterboarding: Yes or no? It’s OK to selectively violate the Geneva Convention, right? Spying on Americans is illegal, but aren’t rules made to be broken?

The world is a confusing place and it’s hard for young people to answer complicated questions like these on their own. Fortunately, students at George Mason University in Fairfax, Virginia, have Professor Robert Deitz to help them navigate the contemporary moral morass. “All of us are familiar with basic ethical notions,” he writes in the syllabus for his Spring 2015 course, Ethical Challenges in Public Policy. “We learn from childhood the idea that some conduct is right and other conduct is not right.”

After retiring from public service Deitz joined GMU as Distinguished Visiting Professor & CIA Officer-in-Residence, and he’s now on the regular faculty. In his course syllabus Deitz (also author of “Congratulations — You Just Got Hired: Don’t Screw It Up”) promises that “ethical matters of current interest will be discussed in class.”

For example, during Week 11 Deitz will help students resolve the following questions:

(Note to GMU students: Answer “no”to any of those questions on the final exam and you get an F.)

GMU students can also study this Spring with Deitz’s old boss, Hayden, who’ll be offering a course in Intelligence and Public Policy. (Maybe GMU decided that lying to congress and being the point man defending “rectal rehydration” disqualified him from teaching ethics?) Required texts include “Hard Measures: How Aggressive CIA Actions After 9/11 Saved American Lives,” by Jose Rodriguez, the former head of the agency’s Counterterrorism Center.

According to the syllabus, Hayden’s course will provide case studies that “illustrate the peculiar challenges posed by covert action, changing political mores, targeted killings, the alleged politicization of intelligence, increased demands for transparency and accountability and other ‘hot button’ issues.”

The topic for Class 7 is, Read all about it! Intelligence and the press. When secrets leak. The public’s “right to know.” The quotation marks pretty much give away Hayden’s personal point of view.

Thirty percent of a student’s grade depends on a “Scholarly Paper,” which is not to exceed eight pages. The syllabus notes that GMU has a “zero tolerance policy”on plagiarism, and it looks like Professor Hayden is making good use of his experience from NSA’s bulk surveillance: “[A]ll written work submitted in partial fulfillment of course or degree requirements must be available in electronic form so that it can be compared with electronic databases.”

Hayden’s syllabus cites a lengthy section of GMU’s policy on the matter. “Plagiarism is wrong because of the injustice it does to the person whose ideas are stolen,” it reads. “But it is also wrong because it constitutes lying to one’s professional colleagues. From a prudential perspective, it is shortsighted and self-defeating, and it can ruin a professional career.”(Students may have a hard time taking that seriously since lying didn’t do anything to damage Hayden’s career; it just got him on cable news.)

So for Hayden, plagiarism is an unforgivable crime. Forcing pureed hummus, raisins and pasta up a man’s rectum? Not so much.

GMU, give this man an ethics class.

Note: The syllabus doesn’t say whether Professor Hayden allows students to audit his class. Contact him to find out. E-mail: [email protected] or phone: 703 993 8467.