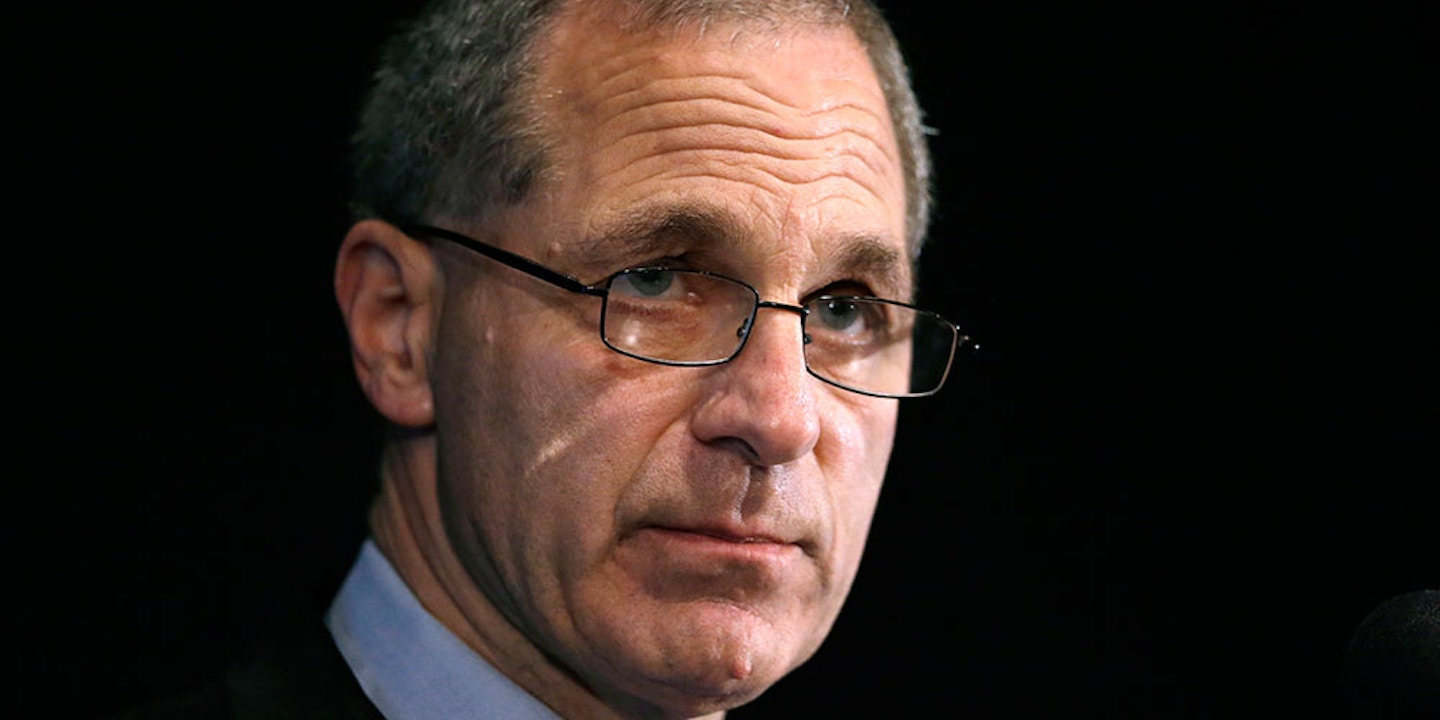 Louis Freeh, the former FBI director whose wife was deeded half of a $3 million beachside penthouse by a businessman–just nine days after Freeh cleared that same businessman of wrongdoing–is onto a new job: Helping exonerate a billionaire businessman accused of bribing an African government.

As I reported here the other day, Freeh has made piles of money since leaving government service by hiring himself out to conduct allegedly independent corporate and political investigations.  These investigations are clearly a growth business, because now Freeh’s firm is helping coordinate the defense of an Israeli billionaire who is being investigated on three continents in regard to bribes he allegedly paid to win a mining stake in one of the world’s poorest countries.

The case involves Israeli billionaire Beny Steinmetz, who controls BSGR, a holding company that in 2008 obtained a huge stake in a gigantic iron mine in the West African nation of Guinea. BSGR reportedly paid nothing for its rights to Simandou and two years later flipped 51% of its stake to a Brazilian mining giant for $2.5 billion – twice the size of Guinea’s annual budget. The deal was consummated two weeks before the death of Lansana Conté, a homicidal dictator who had ruled since a 1984 coup.

An investigation by the current government of Guinea found that a shell company controlled by BSGR paid at least $2.4 million to Mamadie Touré, a wife of the former dictator, in return for her help in acquiring the rights to the mine for BSGR. Earlier this year the government annulled BSGR’s stake in the mine, saying the firm had obtained it through corruption.

Police in France and Switzerland raided offices linked to Steinmetz, and in the United States, there is an ongoing court case in the Southern District of New York about the Simandou affair as well as a huge Foreign Corrupt Practices Act investigation led by the Justice Department. The Justice Department could indict Steinmetz if it’s shown that he played a direct role in paying bribes.

(See this fantastic New Yorker account if you want the full story. Also see the great work by Global Witness.)

As Bloomberg has reported, Steinmetz has hired up a virtual dream team to defend him in the various investigations, including Freeh’s firm and the law firm of former senator Joe Lieberman. The firms are retained through the Lichtenstein-based Balda Foundation, which indirectly owns BSGR (and whose top trustee is a Swiss lawyer named Marc Bonnant, who has represented Steinmetz and is the billionaire’s longtime friend).

A well-placed source told me that lawyer Alan Dershowitz is also working on Steinmetz’s behalf. I contacted Dershowitz and he confirmed that he was consulting with a legal team retained by Steinmetz at the powerhouse law firm Skadden, Arps, Slate, Meagher & Flom. The Skadden team, he said, is led by David Zornow, a former federal prosecutor and now, according to his firm bio, “global head of Skadden’s Litigation/Controversy practices.” (I have a call out to Zornow asking him to confirm this arrangement, and will update this post if he responds.)

Last July, a U.S. judge sentenced Frenchman Frederic Cilins, who is suspected of being Steinmetz’s bagman and emissary, to a two-year prison term. He was originally charged with trying to convince Mamadie Toure to destroy evidence in the case and lie to investigators about how BSGR obtained its Simandou stake. He was caught on tape trying to convince Mamadie Toure to leave the United States to avoid having to testify before a grand jury (Toure, who lives in Florida, is cooperating with investigators and wore a wire when Cilins approached her). He pled guilty to obstruction of justice.

My source said that the role of Freeh’s firm is to conduct an internal corporate investigation of BSGR and determine whether Steinmetz had knowledge of bribes being paid, or if he was out of the loop and hence if illegal payments were made he would have been unaware of them.

BSGR has strongly denied any wrongdoing, but it’s going to be a tricky case, even for Steinmetz’s dream team. But something tells me that Freeh could be just the right guy to exonerate Steinmetz of wrongdoing.