The Corrupt Philanderer Who Built the CIA’s Black Sites

Bureaucrats love secrets, and if empowered to create them, they won’t be able to resist doing so. 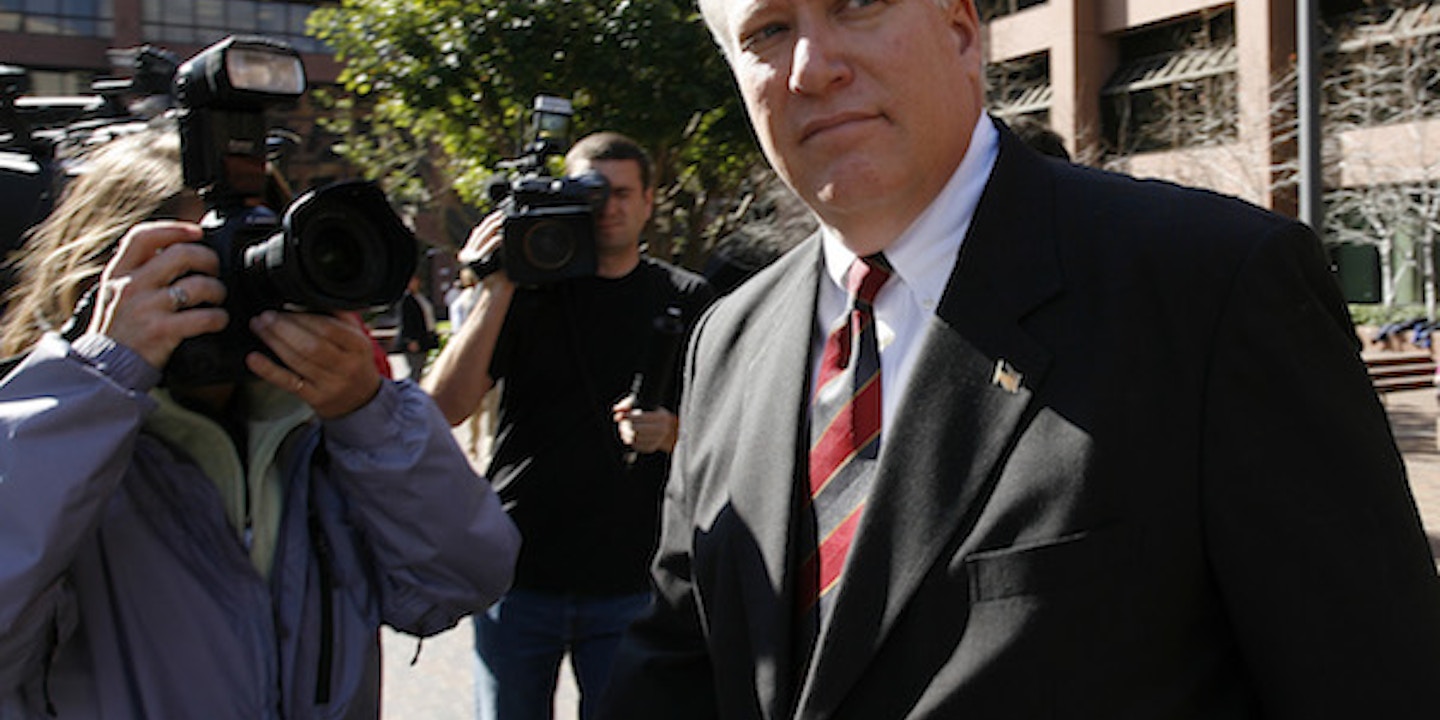 Bureaucrats love secrets. If they are given unchecked power to create secrets, they will find the temptation to use this power irresistible. They will use it to cover justified cases, for example, to preserve diplomatic and military secrets that are important for national security, or to protect the privacy of individual citizens (the information contained on tax returns, for instance). But at the same time bureaucrats use secrecy to obscure from public sight anything that might embarrass them or reduce their political power and influence, for instance, innocent mistakes, evidence of incompetence, evidence that the policies they have made or implemented do not work or have unforeseen negative consequences, corruption, or even evidence of criminal conspiracies and dealings.

Democratic deliberation rests on the premise that ideas, once exposed to the public—unfolded, challenged, tested, and disputed—will stand or fall on their own merit. The bureaucratic drive for secrecy rests, in many cases, on a need to keep information out of the hands of individuals who could use it to harm the bureaucracy. The bureaucrat will invariably say that an enemy could use the information to harm the country, but more often than not the real concern originates with the bureaucrat personally or the office where he or she works.

The bureaucrat may fear that the exposure of a mistake will damage his chances for promotion or undermine the prestige and influence of the bureaucratic institution where he works, making it vulnerable to bureaucratic rivals. To the extent this is the case, secrecy produces a government that is more poorly informed, dull-witted, and more corrupt than would be the case if the power of classifying secrets were stripped away. This is because information stamped “secret” cannot be tested and challenged in the forum of democratic debate; it goes unquestioned and tends to be accepted as truth. If the secret is nonsense, it will likely be revealed as such once exposed.

Bureaucrats quickly learned that affixing a “secret” stamp to their claims insulates them from critical review, and compartmentalizing the secret—further restricting who has access to it—helps even more.

This enables the authors of decisions based on erroneous but “secret” information and analyses to quickly climb through the ranks. They will argue that their mistakes cannot be disclosed because that would reveal even more secrets. Robbed of critical perspective, the duller, less efficient, more corrupt members of the bureaucracy steadily climb to the top of the bureaucratic pyramid. You could climb to the top by being brilliant and successful, of course. But it is much easier to ascend the bureaucratic peaks by being secretive. Thieves and charlatans naturally thrive and prosper in this matrix of secrecy.

One example of the validity of this thesis about the degenerative effects of secrecy on bureaucratic institutions involves the aptly named Dusty Foggo, who concluded a twenty-four-year career in the CIA as executive director.

Foggo had played an important role in ensuring that personnel involved in rendition cases that went awry never faced meaningful discipline and, to the contrary, were advanced ahead of their peers.

(Among them was Alfreda Frances Bitkowsky, the “Queen of Torture” described here in The Intercept by Glenn Greenwald and Peter Maass.)

Foggo was until recently an inmate at a federal correctional facility in Pine Knot, Kentucky, after being charged with fraud, conspiracy, and money laundering in relation to his dealings with defense contractor Brent R. Wilkes and accepting a guilty plea on one of thirty counts. Foggo was a protégé of CIA director Porter Goss, a CIA agent turned Republican congressman appointed by George W. Bush to replace George Tenet. He had vaulted from a midlevel management position to the number three slot at the agency, where he wielded immense power over personnel and logistics. Among his signal accomplishments was the construction of a system of secret prisons used in extraordinary renditions, which were quickly scrapped after the CIA took stock of the track record of the program in 2006.

Ultimately Foggo was not tripped up by his wrongdoing in the clandestine service, expansive though that may have been, because it was effectively shielded by state secrecy. His problems were exposed in the routine Washington world of pork belly contracting, where they became fair game for investigative journalists and federal prosecutors. There he learned that bribing political figures by purchasing prostitutes for them, a routine gambit for a company man, might be viewed by a humorless federal prosecutor as a crime.

One of the many jaw-dropping moments in the Foggo prosecution occurred when prosecutors submitted a sentencing memorandum— a document laying out various peripheral considerations for the judge in the course of passing sentence. It revealed that Foggo had a twenty-year career of alcohol abuse, physical violence, philandering, and corruption, including forcing the CIA general counsel’s office to hire Foggo’s mistress. It also showed that as the criminal investigation leading to his conviction began, Foggo had been busily planning to return to his native San Diego to run as a Republican candidate for Congress, with the apparent support of Congressman Duke Cunningham. Cunningham, a powerful Republican on the appropriations and intelligence committees, fell in a related corruption scandal.

How could a rogue like Foggo work his way to the top of the CIA, particularly in view of a long career of boozing, petty corruption, and philandering? Secrecy. Because of the culture of secrecy at the agency and its almost manic efforts to suppress public knowledge of wrongdoing by its operatives, particularly the more senior among them, no one was in a position to challenge Porter Goss when he picked his friend Foggo for the sensitive senior post.