Steven Salaita, whose contract for tenured professorship was abruptly terminated by the University of Illinois last September for tweets critical of Israel, filed a federal lawsuit seeking reinstatement and damages and alleging violations of free speech and due process rights. 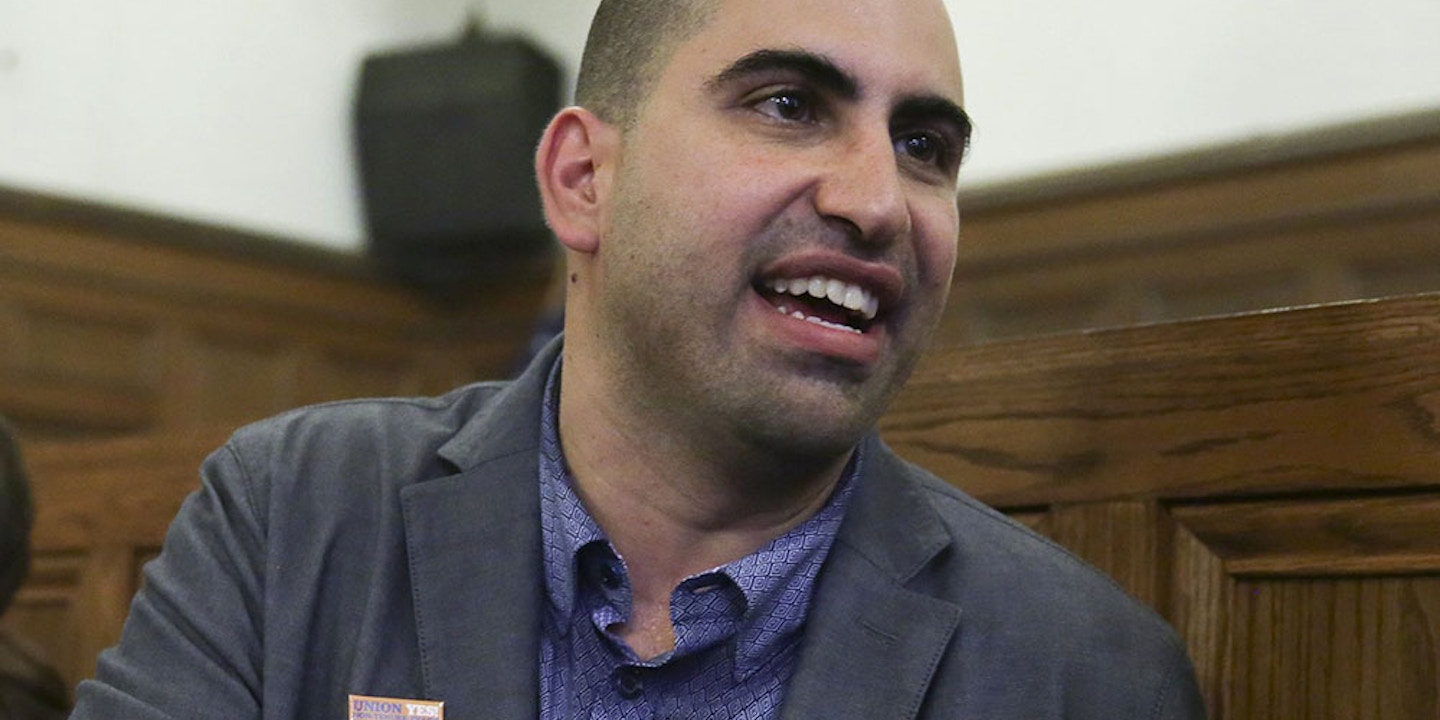 Steven Salaita, an academic whose contract for tenured professorship was abruptly terminated by the University of Illinois board of trustees last September for tweets critical of Israel, has filed a lawsuit against the university’s administrators and unnamed donors. Salaita’s attorneys and the Center for Constitutional Rights commenced the lawsuit this morning in United States District Court for the Northern District of Illinois.

The lawsuit seeks his reinstatement as well as compensatory and punitive damages. Salaita’s complaint invokes both the U.S. Constitution and the university’s bylaws to allege violations of his free speech and due process rights along with claims for breach of contract, conspiracy, and destruction of evidence.

The lawsuit included as defendants “John Doe Unknown Donors to the University of Illinois,” because the suit alleges that threats from influential donors to withhold future contributions were central to Salaita’s dismissal.

Salaita, author of six books, was teaching on the faculty of Virginia Tech in 2013. He then accepted a position as a tenured professor of Native American studies at the University of Illinois-Urbana Champaign campus on October 3, 2013 and was scheduled to begin teaching the following fall. He and his wife both resigned from their positions and prepared to move to Illinois.

On August 2, 2014, he received a letter from University Chancellor Phyllis Wise and Vice President Christophe Pierre stating that his appointment would “not be recommended by for submission to the Board of Trustees in September,” a process that is typically done en masse and was widely understood as a formality.

The sudden and unexpected reversal was a response to tweets Salaita had written that were critical of Israel’s Operation Protective Edge, a bloody, 50-day military campaign in the Gaza Strip in which, according to the UN, 2,131 Palestinians were killed, along with 71 Israelis (all but five of whom were soldiers).

Salaita’s multiple tweets were highlighted in an  article in the conservative outlet, The Daily Caller. The University board of trustees then convened an unusual session on July 24 to discuss the tenor of Salaita’s tweets and his position at the university and, on September 11, voted 8-to-1 to reject his appointment.

The decision regarding Prof. Salaita was not influenced in any way by his positions on the conflict in the Middle East nor his criticism of Israel. Our university is home to a wide diversity of opinions on issues of politics and foreign policy. […] What we cannot and will not tolerate at the University of Illinois are personal and disrespectful words or actions that demean and abuse either viewpoints themselves or those who express them.

Critics of the decision allege that Salaita was not fired to maintain “civility,” but due to outside pressure in response to his criticism of Israel. Students and faculty at UIUC and many prominent scholars have risen to his defense in protests, formal complaints, and boycotts of the university.

In an August 7 statement, the American Association of University Professors wrote:

Whether one finds these views attractive or repulsive is irrelevant to the right of a faculty member to express them. Moreover, the AAUP has long objected to using criteria of civility and collegiality in faculty evaluation because we view this as a threat to academic freedom. It stands to reason that this objection should extend as well to decisions about hiring, especially about hiring to a tenured position.

Last November, Salaita filed a Freedom of Information Request to uncover internal communications related to his dismissal. Those documents revealed that pressure from students, alumni, and influential pro-Israel donors are at the root of his dismissal.

Salaita’s dismissal, the lawsuit alleges, directly contravenes the university’s own Statement of Principles on Academic Freedom and Tenure and “General Terms of Employment for Academic Staff Members.”

Since the board’s decision, Professor Salaita has remained unemployed, but his cause has been taken up in activist, free speech, and certain academic circles, where his termination is seen as the latest in a long line of cases where Israel critics are punished or even fired.