Prison Dispatches from the War on Terror: Confessed Plotter Gives Insight into Radicalization 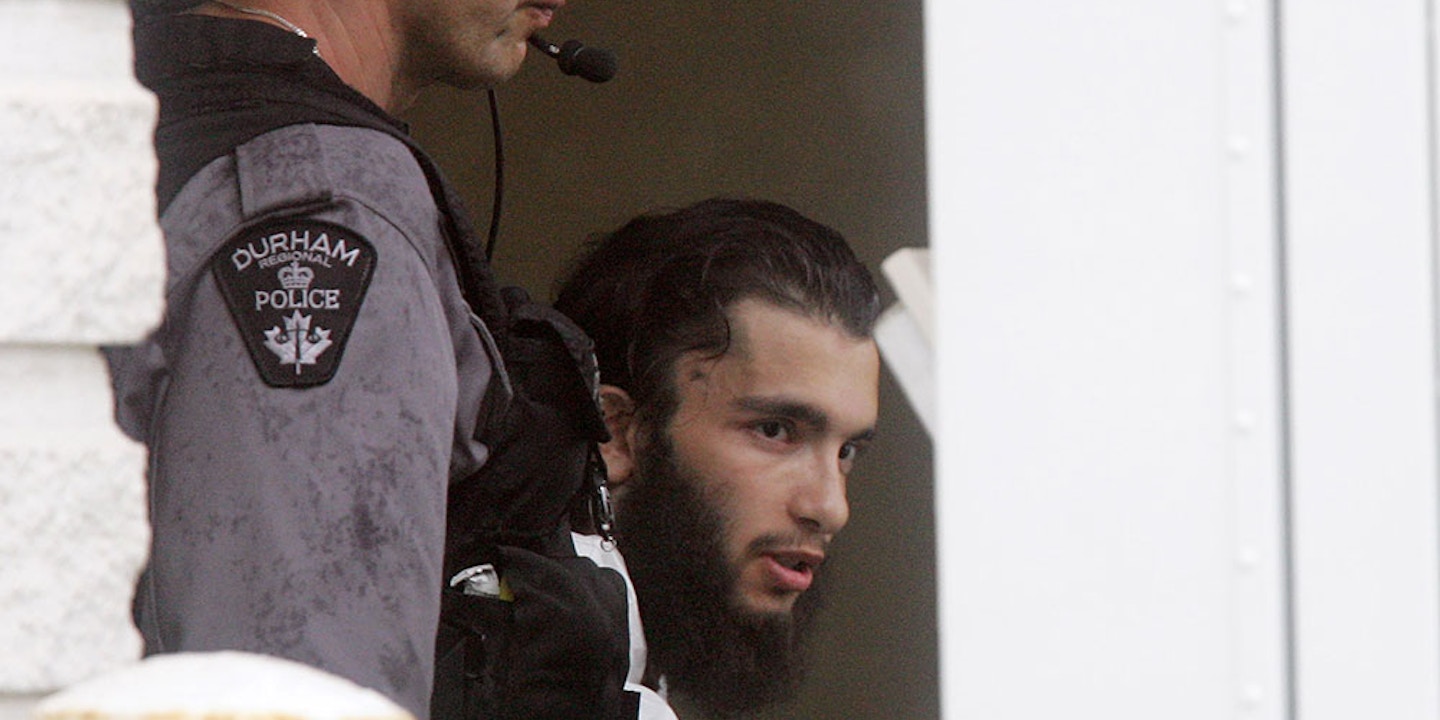 In 2006, 21-year-old Fahim Ahmad was arrested and charged with leading a group of young men who planned to bomb power stations, take hostages and “behead politicians” in order to compel the Canadian government to withdraw its troops from Afghanistan. Ahmad was also accused of planning to travel abroad to join Islamist insurgents fighting in foreign conflicts.

While the group he led was described by authorities as “Al-Qaeda inspired,” it was not believed to have direct links to the group or any other designated terrorist organizations.

Born in Afghanistan, Ahmad moved with his family to Canada at the age of 10, and became a naturalized citizen. He lived in the working-class inner suburbs of Toronto, where he married and had two children. At the time of his arrest in 2006, he was unemployed.

After serving several years in pre-trial custody, Ahmad pleaded guilty to terror charges in 2010 and was sentenced to 16 years imprisonment, minus credit for time served.  He is currently incarcerated at a facility outside Toronto, and is scheduled to be released in 2018.

Speaking to The Intercept from prison, Ahmad offered some insight into the process that led to his own radicalization.

What started you down this path of radicalism and advocating violence?

It didn’t come from a bad place, originally. It came from a place of concern. At the time I started coming to these views, I was a teenager. It was 2002, 2003, the invasion of Iraq; it made it seem like there was really a war going on. It forced an identity check on me. At the time, you think by doing something like this you’re doing something that’ll in the end make a positive difference.

What role did religion play in the process of your radicalization?

After the mosque services, some guys would get together and talk about the wars in Iraq and Afghanistan. People started saying that we need to do something about this. Older guys who I respected were telling me that this is wrong and we need to be doing something.

At the time, I didn’t even know how to read the Quran. In fact, I only ended up learning it later when I was in jail. When I was out I didn’t know anything about religion other than what these guys were telling me, and I ended up developing tunnel vision where everything revolved around things like jihad.

What were the influences that made you develop this worldview?

When I would talk to people about what was going on in the world, everything would be portrayed so simplistically, as though it was just black and white. And then what you would see on the news all the time would just make you feel disgusted.

That, combined with the things people were telling me about religion, made me feel like the right way to practice [Islam] was to do these things that I thought would be defending Muslims.

Did feelings of anger or social alienation in your upbringing contribute to radicalization?

They contributed to it. There would be things like people calling you “terrorist,” or mistreating you for how you were dressed or being racially profiled by the police. Those happened to me and people around me. You start to feel like you don’t fit in, and the only way you can fit in is by maybe going away somewhere else, like maybe the country your parents came from, or maybe an “Islamic State” somewhere.

What made you think that these problems would be solved through violence?

I wasn’t really thinking it through — it was mostly just talk — but then when people started showing up and talking it up more, it started to take on a life of its own. My own thinking was always mainly about going to Afghanistan or maybe Iraq or Somalia to fight over there.

Despite some of the stuff which was said, I never made any plans of doing violence here. My own thoughts were that I would be fighting to do something good, and it would stop some of the bad things I was seeing in the world.

You were arrested almost a decade ago. How has your thinking changed since then?

I have hindsight and a different perspective now. I’ve been learning about Islam with imams here who taught me the real context of what people had been telling me before, and I know what I had been learning before about how to behave was wrong. I don’t see things so simplistically as I did previously.

I also got a chance to meet lots of people in jail — Muslims and non-Muslims — and we find common ground and get along. I can see it’s not a black and white world, and anybody who thinks like that, regardless of who they are, really needs to check themselves. You can’t let that small percentage of racists or bad people make you angry at the whole world.

You were radicalized in part by your view of world events. What do you think about what’s happened in the world since your incarceration?

Well, I see things like this group, ISIS, and the types of things they are doing are just insane. I can’t understand how anyone could support this, and it’s obvious to me from their acts that they left Islam behind a long time ago. I also don’t think people should go and take part in other people’s conflicts, because from a distance you can’t really know what’s going on. Things are never so black and white, and if you go there, people are just going to end up using you.

Another thing is, when I saw the attacks that happened recently in Ottawa, I was really upset by that. When the news started, the whole time I was hoping it was not a Muslim. When we found out it was, I was thinking, ‘Man, this sucks because the perception of Muslims will be crazy because of this.’ I know the mistakes I made, and how I contributed to this myself in the past, but I’m not like that anymore and I don’t want it to get worse.