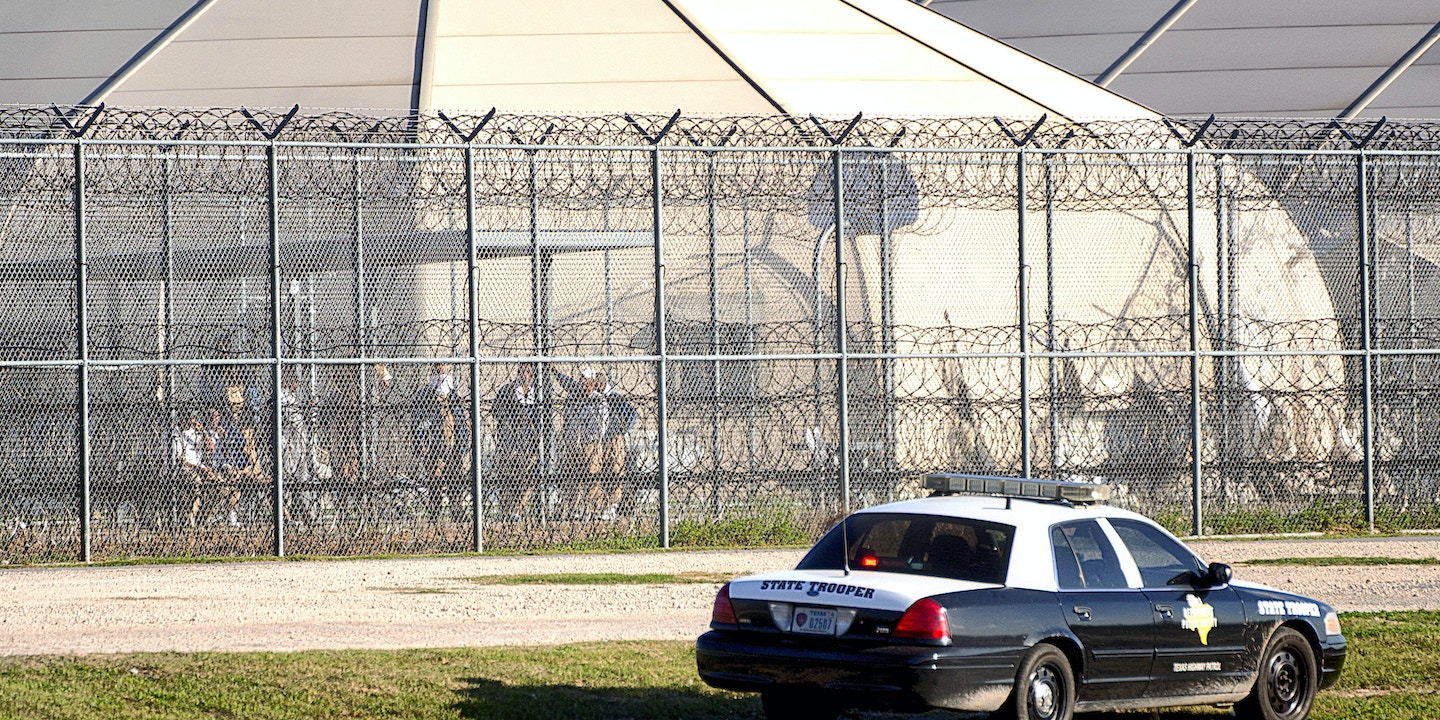 Inmates at an immigration detention center in Raymondville, Texas seized control of the facility over the weekend, setting off a standoff with federal authorities.

The inmates, mostly undocumented immigrants, used pipes as weapons, though there are only minor injuries reported thus far, according to The Associated Press. In addition, there were reports of fires being set inside the center’s Kevlar tents. Officials, to no avail, used tear gas and other forms of so-called non-lethal force to squash the revolt.

It appears authorities have regained control of the facility, the Willacy County Correctional Center, and are transferring inmates to other prisons given the uninhabitable and damaged tents within Willacy. Representatives of the FBI and Federal Bureau of Prisons had been on the scene negotiating with the incarcerated population.

The detention center is run by Management & Training Corp., a Utah-based private contractor. The company released a statement that read, “We anticipate another few hundred inmates will be moved by the end of the day. This process will continue through the next week until all of the inmates have been relocated.” As late as 2011, Willacy was one of the country’s largest immigrant detention centers operated by Immigration and Customs Enforcement (ICE).

The facility has a notorious history — despite it being only nine years old. In 2011, PBS’s Frontline featured the facility in the documentary “Lost In Detention.”

Twana Cooks-Allen, a former mental health coordinator at Willacy, was quoted as describing circumstances including, “women harassed for sexual favors, guards taking detainees and beating them, running them down like they were animals.” Other detainees alleged routine sexual, physical and racial abuse at the hands of correctional officials. Indeed, in 2011, a former guard named Edwin Rodriquez pleaded guilty to sexually assaulting a female detainee. And in 2007, employees of MTC at Willacy were charged with smuggling undocumented immigrants across the southern border.

It appears, however, the problems have continued. Last year the ACLU released a report on Willacy that proved prescient. “One man told us that fellow prisoners had threatened to burn the tents but rationalized, “What’s the point?” the report said. “Prisoners are bored, listless, and frustrated by the conditions, and the atmosphere, they say, is tense and could escalate at any time.” The ACLU report went on to catalog various complaints from inmates at Willacy, including cramped living conditions, little privacy, overflowing toilets, lack of water and inadequate medical treatment. A local newspaper in Texas reported that rioting inmates complained “they weren’t getting the medical care they needed.”