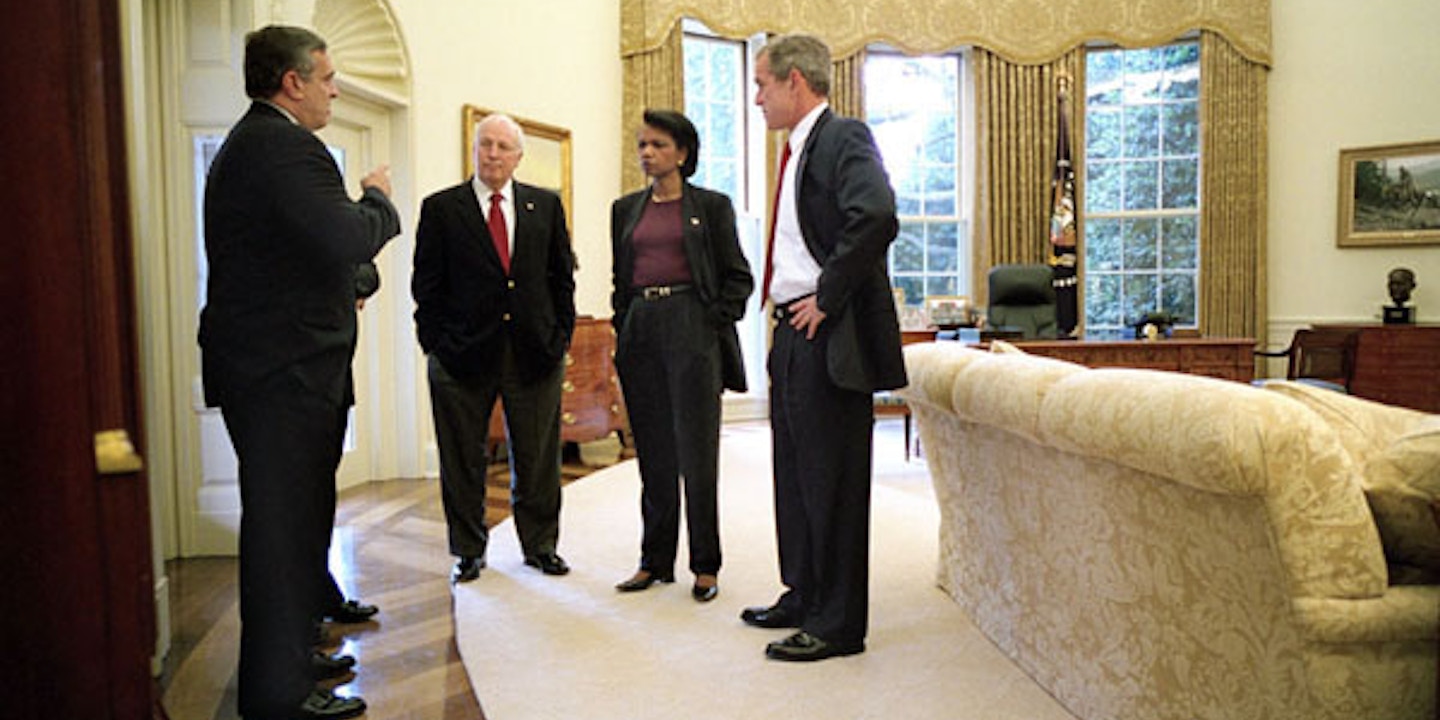 The Bush administration was so adamant in its public statements against torture that CIA officials repeatedly sought reassurances that the White House officials who had given them permission to torture in the first place hadn’t changed their minds.

In a July 29, 2003, White House meeting that included Vice President Dick Cheney and National Security Advisor Condoleezza Rice, CIA Director George Tenet went so far as to ask the White House “to cease stating that US Government practices were ‘humane.’” He was assured they would.

The memo describing that meeting is one of several documents that were unclassified last year but apparently escaped widespread notice until now. Georgetown Law Professor David Cole called attention to the trove of documents on the Just Security blog.

The documents were apparently posted in December at ciasavedlives.com, a website formed by a group of former senior intelligence officials to rebut the newly released Senate report that documented the horrors that CIA officers inflicted upon detainees and the lies about those tactics’ effectiveness that they told their superiors, would-be overseers and the public.

The new documents don’t actually refute any of the Senate report’s conclusions — in fact, they include some whopper-filled slides that CIA officials showed at the White House. But they do call attention to the report’s central flaw: that it didn’t address who actually gave the CIA its orders.

The overall picture that the new documents paint is not of a rogue agency, but of a rogue administration. Yes, the CIA affirmatively proposed to use patently illegal tactics — waterboarding, sleep deprivation, physical assault, and painful stress positions. But at every turn, senior officials and lawyers in the White House and the Department of Justice reassured the agency that it could — and should — go forward. The documents reveal an agency that is extremely sensitive to whether the program is legally authorized and approved by higher-ups — no doubt because it understood that what it was doing was at a minimum controversial, and very possibly illegal. The documents show that the CIA repeatedly raised questions along these lines, and even suspended the program when the OLC was temporarily unwilling to say, without further review, whether the techniques would “shock the conscience” in violation of the Fifth Amendment. But at every point where the White House and the DOJ could have and should have said no to tactics that were patently illegal, they said yes.

The documents also illustrate how CIA officials, just like journalists and members of the public, had to decide whether to take the White House’s disavowals of torture at face value. Apparently the CIA, like many others, couldn’t believe the White House was flat-out lying.

Tenet, in a July 3, 2003, letter to Rice, requested that White House officials reaffirm that waterboarding and other so-called “enhanced interrogation techniques” were being done on their orders.

We request this reaffirmation because recent Administration responses to inquiries and resulting media reporting about the Administration’s position have created the impression that these techniques are not used by US personnel and are no longer approved as a policy matter.

According to the CIA memo that documented the July 29 meeting, Cheney “asked how the press could have gotten such an impression.”

CIA general counsel Scott Muller responded to Cheney by mentioning the February 2002 memo issued under George W. Bush’s name, titled “Humane Treatment of al Qaeda and Taliban Detainees,” which directed, “As a matter of policy, the United States Armed Forces shall continue to treat detainees humanely, and, to the extent appropriate and consistent with military necessity, in a manner consistent with the principles of Geneva.”

According to the memo, National Security Council legal advisor John Bellinger explained to Cheney “that the press officer had ‘gone off script’, and had mistakenly gone back to ‘old’ talking points. The DCI [Director of Central Intelligence] stated that it was important for the White House to cease stating that US Government practices were ‘humane’ as that term is easily susceptible to misinterpretation. Bellinger undertook to insure that the White House press office ceases to make statements on the subject other than that the US is complying with its obligations under US law.”

At the July 29 meeting, Muller distributed a set of briefing slides that included details about waterboarding. Cheney and Rice both took special note of the slide on waterboarding, which showed that detainee Khalid Sheik Muhammed had been waterboarded 119 times. 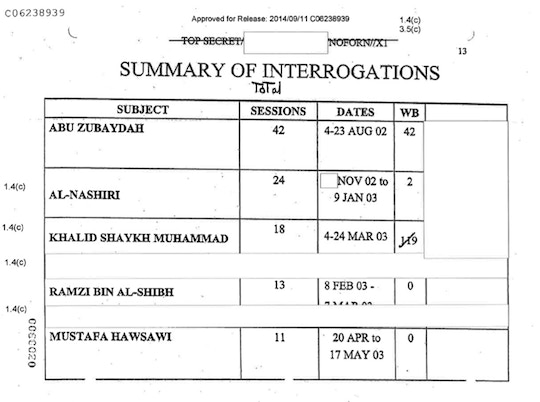 The memo states: “The DCI stated that it was important for CIA to know that it was executing administration policy and not merely acting lawfully. The Vice President stated, and Dr. Rice and the attorney general agreed, that this was the case.

But the slides also contained precisely the kind of statements that the Senate report showed were inaccurate: According to another memo, at a previous White House meeting in January 2003, Muller had “pointed out … that there was an arguable inconsistency between what the CIA was authorized to do and what at least some in the international community might expect in light of the Administration’s public statements.” The memo says that “[e]veryone in the room” — including Rice, Cheney (by video conference), Secretary of State Colin Powell and Defense Secretary Donald Rumsfeld, “evinced understanding of the issue. CIA’s past and ongoing use of enhanced techniques was reaffirmed and in no way drawn into question.”

Some of the documents in the collection have been public for years. Others have been described before, but not published. The author of the collection’s overview is unknown.