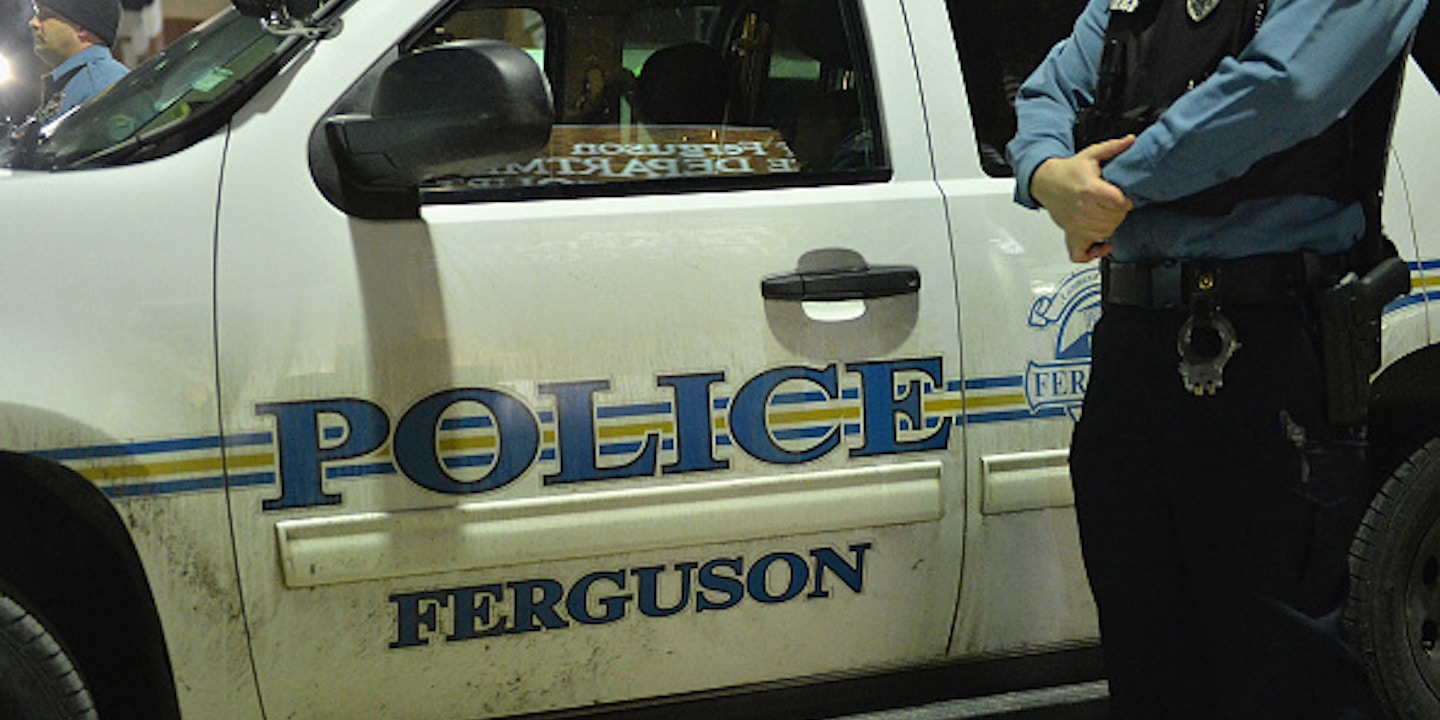 Police in Ferguson, Missouri have presided over a predatory system of entrenched racism, economic exploitation and constitutional rights violations stretching back several years, according to a long-awaited Department of Justice investigation released Wednesday. The scathing 102-page report paints a portrait of a vicious environment in which Ferguson’s black residents are disproportionately mired in municipal court fines — frequently resulting from dubious traffic stops — in order to generate revenue for the St. Louis suburb and routinely subjected to excessive use of force.

In a press conference Wednesday unveiling the report, Attorney General Eric Holder blamed Ferguson’s police for creating a “powder keg” that exploded when Brown was gunned down in broad daylight. In November, a grand jury declined to indict Wilson in Brown’s slaying; in a separate development Wednesday, the DOJ cleared Wilson of alleged civil rights violations in the teen’s killing.

The DOJ’s report on the Ferguson police department places responsibility for the deplorable civil rights conditions in Ferguson on department and city officials alike — some of whom federal officials documented sending racist emails denigrating the president, the first lady and black people in general.

The report took aim at five distinct areas: the Ferguson Police Department’s exploitation of citizens as a source of revenue, police practices, the municipality’s court system, racial bias and community distrust. In each area, the police department in Ferguson was found to be an abysmal failure in which interlocking abuses and perverse incentives have eroded constitutional rights.

The report tells the story of a city where, under the color of law enforcement, demands for revenue have been coupled with racial discrimination, resulting in disastrous conclusions for the city’s black residents.

As the report noted, from 2012 to 2014 African Americans accounted for “85 percent of vehicle stops, 90 percent of citations, and 93 percent of arrests made by FPD officers, despite comprising only 67 percent of Ferguson’s population.” Tickets mean money for the city — in 2013, municipal court fines were Ferguson’s second highest source, the bulk of which were leveled against African Americans.

“Ferguson’s law enforcement practices are shaped by the City’s focus on revenue rather than by public safety needs,” the report stated. “This emphasis on revenue has compromised the institutional character of Ferguson’s police department, contributing to a pattern of unconstitutional policing, and has also shaped its municipal court, leading to procedures that raise due process concerns and inflict unnecessary harm on members of the Ferguson community.”

For those familiar with law enforcement in St. Louis County, the report reflected a confirmation of longstanding problems. “This report tells us something we already know,” said Montague Simmons, chair of the St. Louis nonprofit Organization for Black Struggle. “The question we should be asking is what do we do with it? Do we dismantle the racist police state, and disband the Ferguson the Police Department? Or do we learn nothing and keep on with the same thing.”

Holder’s DOJ stopped short of calling for the wholesale disbanding of Ferguson’s police department, though he did blame the department for fostering a “toxic environment, defined by mistrust and resentment.” In the report, however, his office laid out 26 recommendations for Ferguson’s police department and municipal court system. Failure to comply with a “consent decree” could result in the city facing a lawsuit from the federal government.

“It is time for Ferguson’s leaders to take immediate, wholesale and structural corrective action,” Holder said Wednesday, adding that, “the United States Department of Justice reserves all its rights and abilities to force compliance and implement basic change.”

The report found that in nearly nine out of 10 uses of force by the Ferguson police department, the person on the receiving end was black. In one particularly brutal scene described in the report, the police tasered a mentally disabled man who had tried to commit suicide in his cell. It occurred in July 2011 when, “a correctional officer used a [taser] to stun an African-American male inmate three times after he tried to hang himself with material torn from a medical dressing and banged his head on the cell wall.”

Another incident in the report illustrated how Ferguson police frequently violated the First Amendment rights of Ferguson’s black residents. “In July 2012,” the report said, “a police officer arrested a business owner on charges of Interfering in Police Business and Misuse of 911 because she objected to the officer’s detention of her employee. According to FPD records, the owner ‘became verbally involved,’ came out of her shop three times … The officer characterized her protestations as interference and arrested her inside her shop. The arrest violated the First Amendment.”

Such arrests were routine; the report detailed numerous cases of police arresting residents for constitutionally protected activities such as disrespectful language toward police and the recording of citizens’ encounters with police.

The Department of Justice accused Ferguson Police of being too quick to “escalate encounters with subjects they perceive to be disobeying their orders or resisting arrest. They have come to rely on [Electronic Control Weapons], specifically Tasers, where less force — or no force at all — would do.”

The department’s use of force also included the discriminatory use of police canines, even on children: “FPD engages in a pattern of deploying canines to bite individuals when the articulated facts do not justify this significant use of force. The department’s own records demonstrate that, as with other types of force, canine officers use dogs out of proportion to the threat posed by the people they encounter, leaving serious puncture wounds to nonviolent offenders, some of them children.” The report documented 14 bites by police dogs in which racial information was available — every person was black.

The Ferguson police also targeted black women. In one scene, officers were called to a domestic disturbance, but instead of aiding the woman who called 911, police jailed her for an occupancy violation.  In a separate incident, another black woman, who had also called 911, was issued a summons for an occupancy permit violation. The report says she told the officer that she “hated the Ferguson Police Department and will never call again, even if she is being killed.” The Department of Justice also cataloged how police tasered black women even when they posed no physical threat.

Ferguson’s municipal employees also held anti-black views, using official city email accounts to trade racist jokes. The report documents seven such emails. In one email municipal officials “mocked African Americans through speech and familial stereotypes, using a story involving child support. One line from the email read: ‘I be so glad that dis be my last child support payment! Month after month, year after year, all dose payments!’”  Other employees referred to Barack Obama as a Chimpanzee, and endorsed the termination of black pregnancies as an effective tool for reducing crime. Another email “included a photo of a bare-chested group of dancing women, apparently in Africa, with the caption, ‘Michelle Obama’s High School Reunion.’” The authors of the emails were not identified.

The city of Ferguson — which is still reeling from the events following Brown’s killing last summer — will now have to answer for a report that depicts a widely bigoted police force and local government that actively targets black residents for harassment and assault.

In a statement released Wednesday, Brown’s parents welcomed the report, saying, “It is our hope that through this action, true change will come not only in Ferguson, but around the country. If that change happens, our son’s death will not have been in vain.”