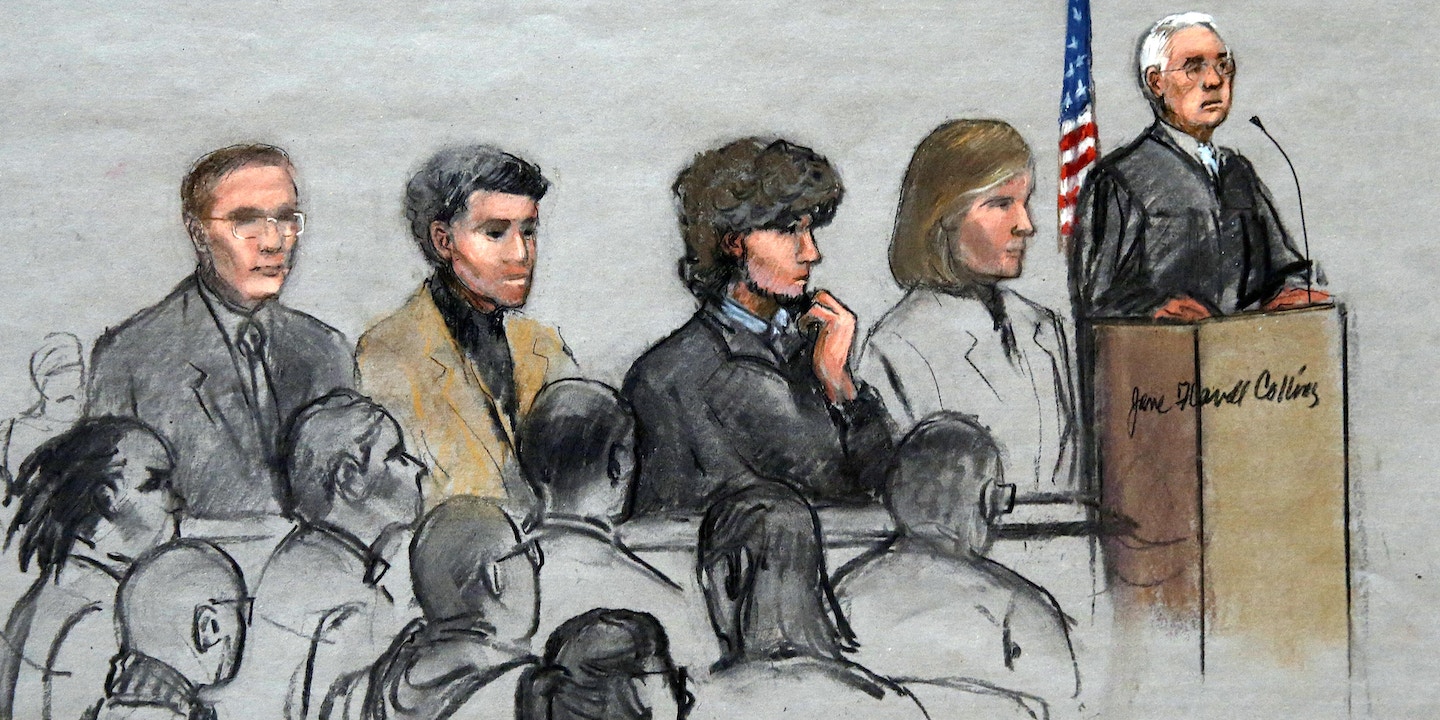 In the opening statements of Dzhokhar Tsarnaev’s trial, prosecutors described Tsarnaev as a “holy warrior” whose actions were motivated by a desire to die as a martyr and reach “paradise.”

Assistant U.S. Attorney William Weinreb, in statements made Wednesday, said that Tsarnaev had been driven both by a desire to punish the United States for mistreating civilians in its wars against Muslim countries and to become a shaheed (martyr) in the process.

“He believed that killing Americans here would compel the United States to stop killing terrorists abroad,” Weinreb said, adding that, “he believed that what he was doing was right, that he was behaving like a holy warrior and this would be an important step in earning his place in paradise.”

The prosecution also alluded to the role that magazines, lectures and even music may have played in “radicalizing” Tsarnaev and compelling him to bomb the Boston Marathon in 2013. In particular, Al Qaeda’s Inspire magazine, copies of which were found on Tsarnaev’s laptop and other electronic devices, was cited as a major factor driving his actions.

Describing Inspire as a magazine that instructs its readers to conduct attacks against Western targets, Weinreb suggested that Tsarnaev learned how to build the pressure-cooker bombs used at the Boston Marathon from reading the magazine. Recent reporting on the issue, however, suggests that, while the magazine did counsel its readers on the construction of bombs (and the magazine later boasted that it had provided instruction for the Tsarnaevs), it did not contain direction as to how to make every feature of the bombs used by Tamerlan and Dzhokhar in the attacks.

In their own opening statements, defense lawyers conceded Tsarnaev’s involvement in the Marathon bombing, but said that the prime actor in the attacks was the now-deceased Tamerlan. Emphasizing that it was the powerful influence of his older brother that induced Dzhokhar to take part in the plot, his lawyers have suggested that he is deserving of some measure of leniency.

There are already indications, however, that this defense may not be sufficient to save Dzhokhar from the death penalty. At one point, while defense attorney Judy Clarke was telling jurors that “they will hear evidence of Tamerlan’s influence” over Dzhokhar’s actions, she was interrupted by presiding judge George O’Toole, who said, “very limited evidence.”

The opening days of the trial have been dominated by graphic and emotional testimony and evidence from survivors and victims of the bombing. Video footage and photographs of its aftermath were shown to the court, along with extremely detailed anatomical descriptions of the physical injuries suffered by survivors.

Several witnesses broke down in tears while describing the havoc caused by the bombings, and also the personal trauma inflicted on themselves and their loved ones. At several points during witness testimony, jurors were also seen to have become visually emotional.

Sydney Corcoran, a 19-year-old who attended the Marathon with her mother and who was wounded in the bombing, testified on the opening day about its aftermath. “Everything was up in smoke, you could hear stifled screams … I could feel my body going tingly and I was getting increasingly cold.” Awakening later in the hospital with grievous wounds, she tearfully recounted how she was able to scrawl a note asking about the well-being of her mother, to which her father responded, “She’s OK, but her legs are gone.”

After an initial day filled with such highly emotional testimony, the defense submitted a motion to limit the extent of witness accounts of the aftermath of the attack. Arguing that it would limit the ability of jurors to form a fair and impartial picture of the process that led to Tsarnaev’s radicalization, the defense asked that such accounts be limited to the victim impact phase of the trial.

This motion was denied by the judge.

In conjunction with detailed descriptions of the human impact of the attack, the prosecution has sought to characterize Tsarnaev as a religious zealot whose devotion to his cause was strong enough to override any sense of remorse he may have felt over his actions. Weinreb, in his opening statements, said that videotape would later show that Tsarnaev went shopping for milk after conducting the bombings, and that while on the run from local police he was also observed on camera casually purchasing junk food at a local store.

“You will see him buying the candy. He’s taking his time. He wants to make sure he gets exactly what he wants,” the prosecutor said, while attributing this seemingly casual behavior to Tsarnaev’s moral clarity about his acts. Saying that Tsarnaev believes he was acting in defense of the ummah (global population of Muslims), the prosecutor said, “this is the word people with his ideology use to describe Muslims.”

Tsarnaev has sat passively during the trial proceedings so far. In the midst of some of the most graphic footage and emotional testimony from the victims of the attacks, he has been seen averting his eyes from the screen and away from testifying witnesses.

At the end of the second day of trial, in response to a request from the judge for a schedule of forthcoming witnesses, Weinreb said, “since [the defense] is not cross-examining anyone, this will be going much faster than we expected.”