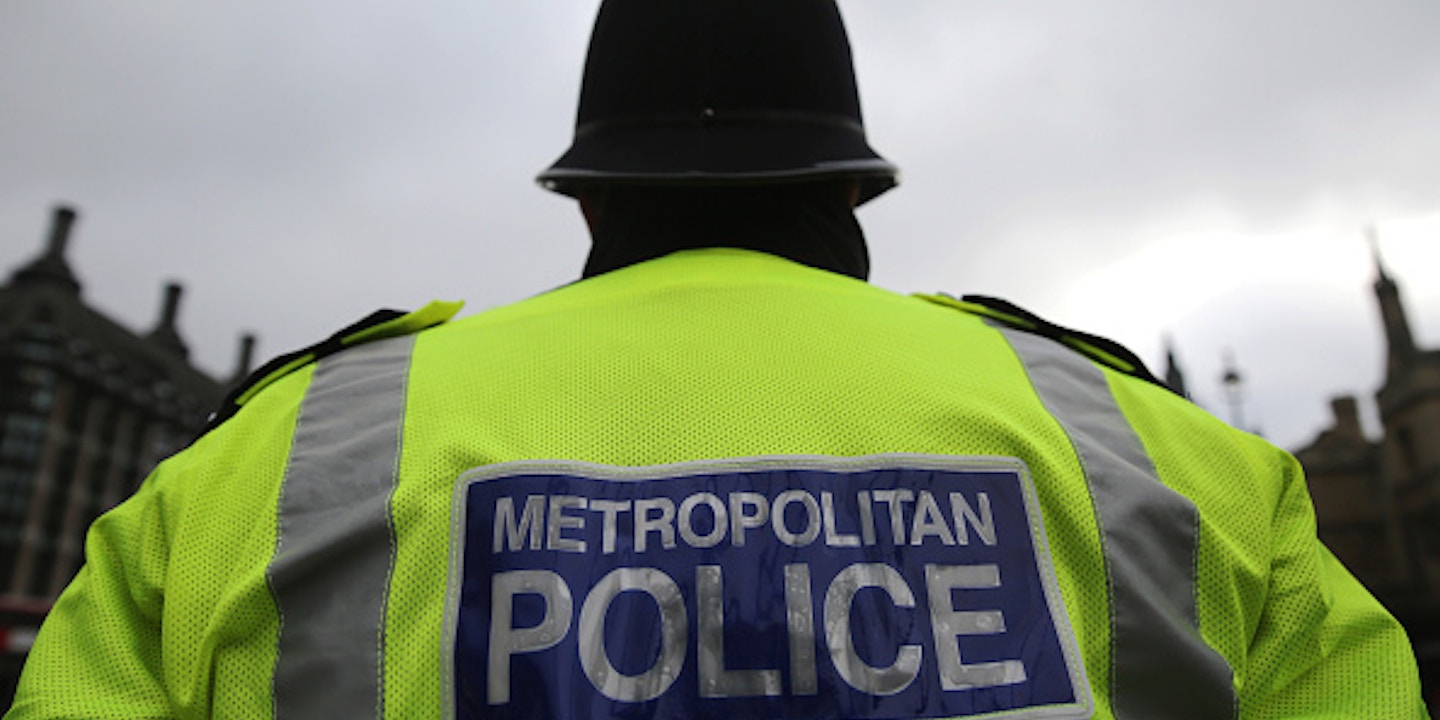 British police claim a criminal investigation they launched into journalists who have reported on leaked documents from Edward Snowden has to be kept a secret due to a “possibility of increased threat of terrorist activity.”

Following Snowden’s disclosures from the National Security Agency in 2013, London’s Metropolitan Police and a lawyer for the United Kingdom government separately confirmed a criminal probe had been opened into the leaks. One of the Metropolitan Police’s most senior officers publicly acknowledged during a parliamentary hearing that the investigation was focusing on whether reporters at the Guardian had committed criminal offenses for their role in revealing British government mass surveillance operations exposed in Snowden’s documents.

But now, the Metropolitan Police, known as the Met, says everything about the investigation’s existence is a secret and too dangerous to disclose. In response to a Freedom of Information Act request from this reporter, the force has repeatedly refused to release any information about the status of the investigation, how many officers are working on it, or how much taxpayer money has been spent on it. The Met wrote in its response:

to confirm or deny whether we hold any information concerning any current or previous investigations into the alleged actions of Edward Snowden could potentially be misused proving detrimental to national security.

In this current environment, where there is a possibility of increased threat of terrorist activity, providing any details even to confirm or deny that any information exists could assist any group or persons who wish to cause harm to the people of the nation which would undermine the safeguarding of national security.

The refusal notice, first issued late February and then upheld by the Met earlier this month after an appeal, cited a series of national security and law enforcement exemptions to the United Kingdom’s FOIA law as justification not releasing any details about the investigation.

The Met said the information requested may have been “supplied by, or concerning, certain security bodies” that don’t have to abide by normal transparency requirements, such as the secretive surveillance agency Government Communications Headquarters, or GCHQ. The Met also claimed that it “would not be in the public interest” to reveal basic information about the status of the criminal probe because doing so “could be detrimental to any investigations that may be being conducted now or in the future.”

The Met carried out the searches for relevant requested information at its Counter Terrorism Command, according to the refusal notice, which is the unit handling the Snowden investigation. The Counter Terrorism Command operates within the Met’s Specialist Operations department and had a leading role in the Snowden-related detention and interrogation at a London airport in August 2013 of David Miranda, the partner of Intercept co-founder and former Guardian journalist Glenn Greenwald.

When he was detained, Miranda was transporting a batch of encrypted Snowden documents to aid Greenwald’s reporting on the files. The Met seized the material at the airport and three months later quietly announced that it had opened a criminal investigation related to the leaks, saying the material taken from Miranda was “highly sensitive” and “could put lives at risk.” A counterterrorism detective for the force told a court the case was being viewed as likely to be a “conspiracy with a global dimension.”

The Intercept has filed a complaint with the Information Commissioner’s Office, the public body that enforces the U.K.’s freedom of information laws, about the Met’s refusal to release information about the current status of the investigation. The commissioner will now look at how the police handled the request and decide whether they should be ordered to hand over the relevant details.

Earlier this week, The Intercept asked the Met to clarify how providing information about the Snowden leaks probe could suddenly pose a threat to national security, given that one of its own senior officers had previously discussed the case publicly. The Met declined to comment.

In an emailed statement issued Thursday, a spokesman for the force said only: “We won’t be adding to the FOI [freedom of information] response.”