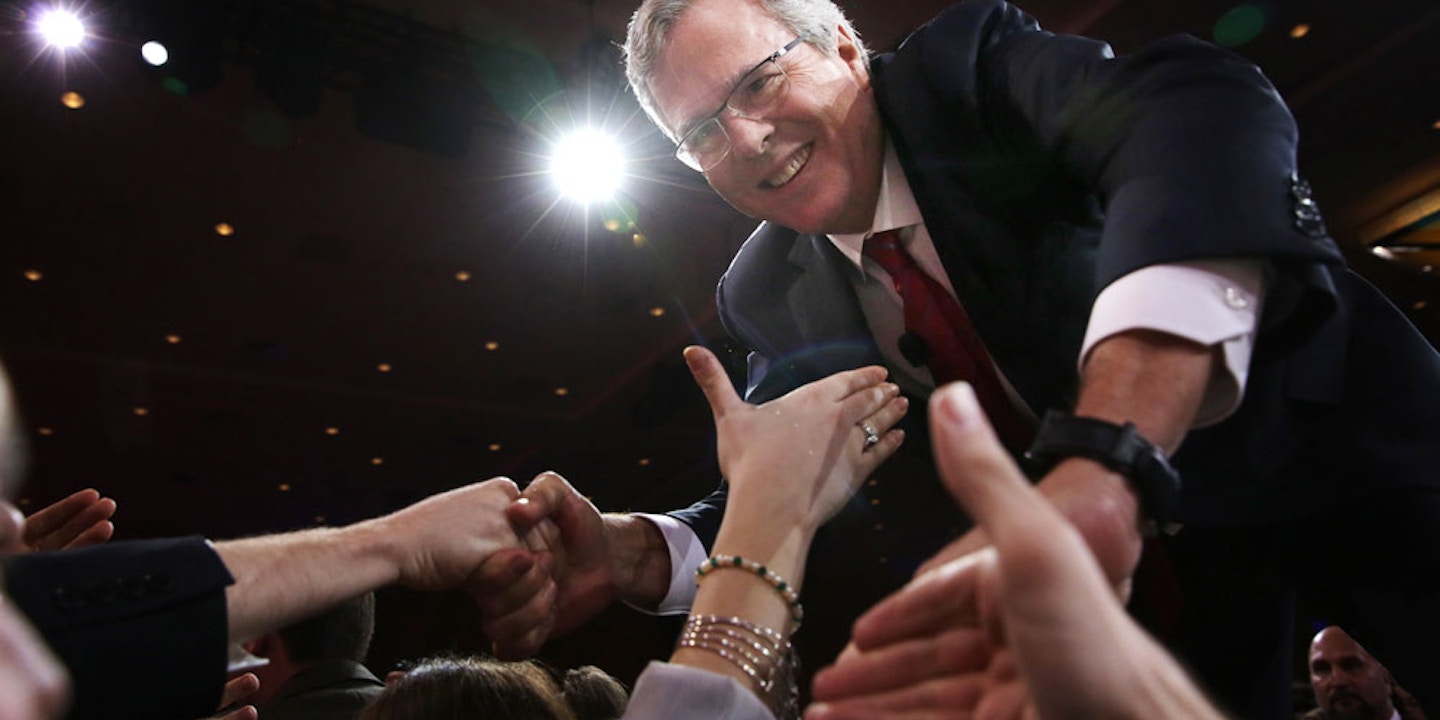 Emails obtained by The Intercept via a public records request reveal Jeb Bush closely coordinating with the Florida legislature to schedule Florida’s 2016 presidential primary in a way most favorable for Bush.

State Representative Matt Gaetz wrote to Bush on January 2 that he is “concerned that Florida’s current primary date will lead to proportional allocation of delegates” and that a “winner take all” system would be preferable.

“Unless you ask me otherwise, I’ll file legislation to move our primary date back a week,” Gaetz told Bush, who responded to say that his political advisor Sally Bradshaw would give Gaetz a call. “10 4,” Gaetz shot back.

The email exchange had begun with Bush emailing Gaetz, the son of State Senator Don Gaetz, president of the Florida Senate in the previous session. Bush thanked the younger Gaetz for his “willingness to head to Iowa to go door to door,” adding, “Wow, what a generous offer! Happy New Year!”

The email exchange ended on January 3. But last week the primary arrangements proposed over email became a reality.

On Thursday, Gov. Rick Scott signed a bill that sets the date of Florida’s primary as March 15, the first date on which states may award their full quantity of delegates on a winner-take-all basis under Republican National Committee rules. States scheduling primaries between March 1 and 14 must award delegates in proportion to the percentage of votes they receive or lose half their delegates, as Florida Republicans did in 2012.

As the Palm Beach Post noted, the bill appears to be a “a boon for U.S. Sen. Marco Rubio or former Gov. Jeb Bush, who both are considering a presidential run.” Such a front-loaded system often benefits establishment candidates with the most money to spend on television advertisements, as was the case with Mitt Romney in Florida in the 2012 race.

Florida, the state Bush governed for two terms, is perhaps the most important primary election for Bush in his expected quest to secure the GOP presidential nomination. Bush could lose the first few primary elections — which award delegates on a proportional basis — yet come out decisively in the lead in terms of delegates if he is able to win Florida’s winner-take-all primary, with its projected 99 delegates.

The New York Times recently reported that Bush’s political operatives have developed a confidential plan code-named “Homeland Security” to ensure victory in Florida for the primary and general election. The report notes that the Bush team intends to spend $50 million to secure support in Florida.