Seven Things You Didn’t Know the U.S. and Its Allies Did to Iran

A proposed nuclear deal is the first time in 35 years that U.S.-Iranian relations aren’t being driven by fear. 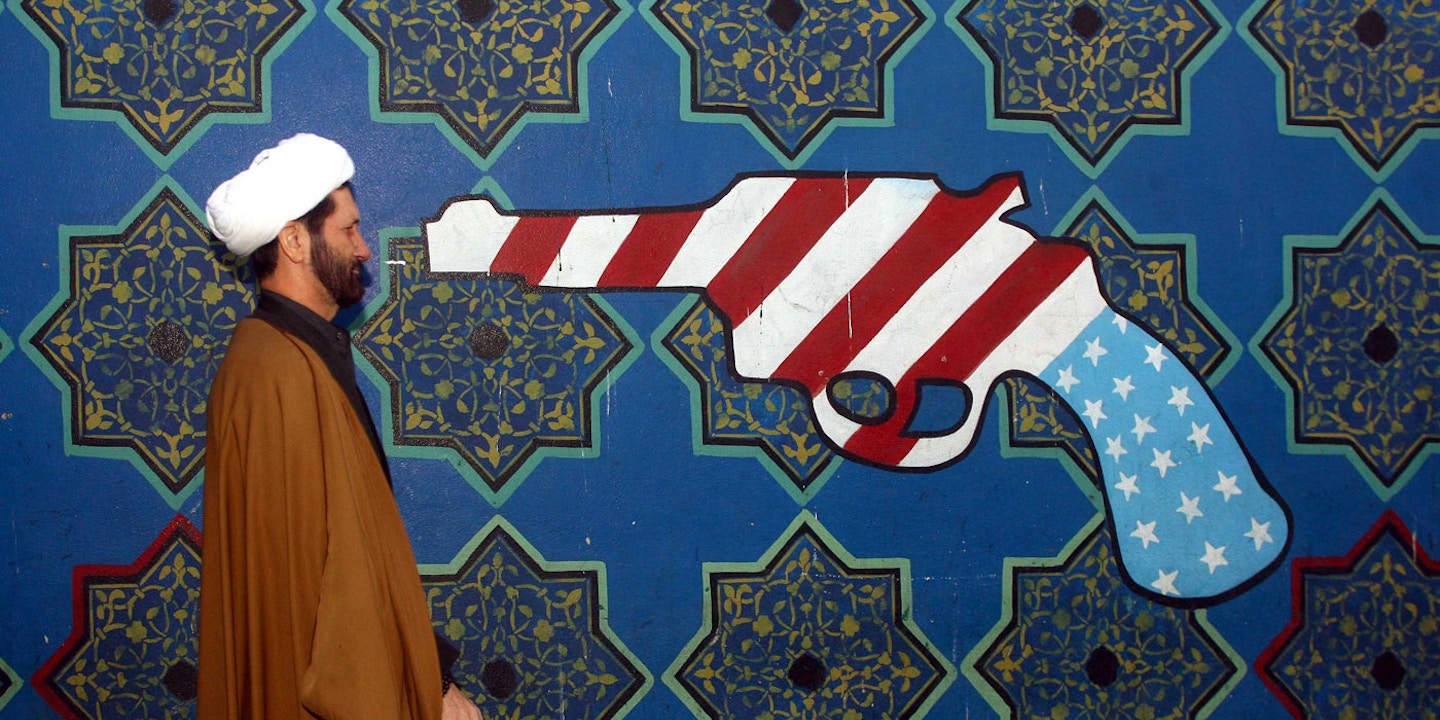 It’s hard for some Americans to understand why the Obama administration is so determined to come to an agreement with Iran on its nuclear capability, given that huge Iranian rallies are constantly chanting “Death to America!” I know the chanting makes me unhappy, since I’m part of America, and I strongly oppose me dying.

But if you know our actual history with Iran, you can kind of see where they’re coming from. They have understandable reasons to be angry at and frightened of us — things we’ve done that if, say, Norway had done them to us, would have us out in the streets shouting “Death to Norway!” Unfortunately, not only have the U.S. and our allies done horrendous things to Iran, we’re not even polite enough to remember it.

Reminding ourselves of this history does not mean endorsing an Iran with nuclear-tipped ICBMs. It does mean realizing how absurd it sounds when critics of the proposed agreement say it suddenly makes the U.S. the weaker party or that we’re getting a bad deal because Iran, as Republican Sen. Lindsey Graham put it, does not fear Obama enough. It’s exactly the opposite: This is the best agreement the U.S. could get because for the first time in 35 years, U.S.-Iranian relations aren’t being driven purely by fear.

1. The founder of Reuters purchased Iran in 1872 Nasir al-Din Shah, Shah of Iran from 1848-1896, sold Baron Julius de Reuter the right to operate all of Iran’s railroads and canals, most of the mines, all of the government’s forests, and all future industries. The famous British statesman Lord Curzon called it “the most complete and extraordinary surrender of the entire industrial resources of a kingdom into foreign hands that has probably ever been dreamed of.” Iranians were so infuriated that the Shah had to rescind the sale the next year.

2. The BBC lent a hand to the CIA’s 1953 overthrow of Iran’s Prime Minister Mohammad Mosaddegh 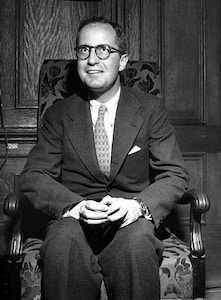 If the Reuters thing weren’t enough to give Iranians a grudge against the Western media, the BBC transmitted a secret code to help Kermit Roosevelt (Teddy’s grandson) lay the groundwork for an American and British coup against Mosaddegh. (BBC Persian also assisted by broadcasting pro-coup propaganda on the orders of the British government.) Soon enough the U.S. was training the regime’s secret police in how to interrogate Iranians with methods a CIA analyst said were “based on German torture techniques from World War II.”

3. We had extensive plans to use nuclear weapons in Iran

In 1980 the U.S. military was terrified the Soviet Union would take advantage of the Iranian Revolution to invade Iran and seize the Straits of Hormuz in the Persian Gulf. So the Pentagon came up with a plan: If the Soviets began massing their troops, we would use small nuclear weapons to destroy the mountain passes in northern Iran the Soviets needed to move their troops into the country.

So we wouldn’t be using nukes on Iran, just in Iran. As Pentagon historian David Crist put it, “No one reflected on how the Iranians might view such a scenario.” But they probably would have been fine with it, just as we’d be fine with Iran nuking Minnesota to prevent Canada from gaining control of the Gulf of Mexico. “No problem,” we’d say. “Nuestra casa es su casa.”

4. We were cool with Saudi Arabia giving Saddam $5 billion to build nukes during the Iran-Iraq war

You probably know that, after Saddam Hussein invaded Iran in 1980, Iraq went all out (with our help) trying to make biological, chemical and nuclear weapons, and actually used chemical weapons on Iranian soldiers. What you probably don’t know is that Saudi Arabia was funding Saddam’s nuclear program with billions of dollars, and the Reagan administration knew all about it and didn’t care.

To understand how this looks to Iran, remember that at least 0.75% of Iran’s total population died during the eight-year Iran-Iraq war, the per capita equivalent today of 2.4 million Americans. For comparison’s sake, we still constantly talk about World War II — in which 400,000 Americans died, then 0.3% of our population — 70 years later.

It’s not just John McCain singing “bomb bomb bomb Iran.” Admiral William Fallon, who retired as head of CENTCOM in 2008, said about Iran: “These guys are ants. When the time comes, you crush them.” Admiral James Lyons Jr., commander of the U.S. Pacific Fleet in the 1980s, has said we were prepared to “drill them back to the fourth century.” Richard Armitage, then assistant secretary of defense, explained that we considered whether to “completely obliterate Iran.” Billionaire and GOP kingmaker Sheldon Adelson advocates an unprovoked nuclear attack on Iran — “in the middle of the desert” at first, then possibly moving on to places with more people.

Most seriously, the Obama administration’s 2010 Nuclear Posture Review declared that we will not use nuclear weapons “against non-nuclear weapons states that are party to the NPT [Nuclear Non-Proliferation Treaty] and in compliance with their nuclear non-proliferation obligations.” There’s only one non-nuclear country that’s plausibly not in this category. So we were saying we will never use nuclear weapons against any country that doesn’t have them already — with a single exception, Iran. Understandably, Iran found having a nuclear target painted on it pretty upsetting.

6. We shot down a civilian Iranian airliner — killing 290 people, including 66 children 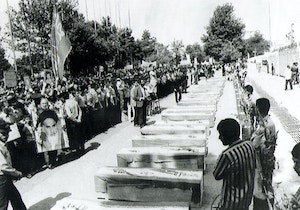 Funeral for victims of downing of Flight 655. (AP)

On July 3, 1988, the USS Vincennes, patrolling in the Persian Gulf, blew Iran Air Flight 655 out of the sky. The New York Times had editorialized about “Murder in the Air” in 1983 when the Soviet Union mistakenly shot down a South Korean civilian airliner in its airspace, declaring, “there is no conceivable excuse for any nation shooting down a harmless airliner.” After the Vincennes missile strike, a Times editorial announced that what happened to Flight 655 “raises stern questions for Iran.” That’s right — for Iran. Two years later the U.S. Navy gave the Vincennes’s commander the highly prestigious Legion of Merit commendation.

7. We worry about Iranian nukes because they would deter our own military strikes

Our rhetoric on Iran seems nonsensical: Do U.S. leaders actually believe Iran would engage in a first nuclear strike on Israel or the U.S., given that would lead to a quick and devastating retaliation from those well-armed nuclear powers?

Even conservative U.S. foreign policy experts know that’s incredibly unlikely. They’re not worried that we can’t deter a nuclear-armed Iran — they’re worried that a nuclear-armed Iran could deter us. As Thomas Donnelly, a top Iran analyst at the American Enterprise Institute, put it in 2004, “the prospect of a nuclear Iran is a nightmare … because of the constraining effect it threatens to impose upon U.S. strategy for the greater Middle East. … The surest deterrent to American action is a functioning nuclear arsenal.”

This perspective — that we must prevent other countries from being able to deter us from waging war — is a bedrock belief of the U.S. establishment, and in fact was touted as a major reason to invade Iraq.

This article has been updated since publication with an additional item.