Father of Blackwater Victim: “Too Late” for Apologies

More than seven years after his son was killed by Blackwater contractors, Mohammed Kinani says he’s finished his mission “to push these people to the law.” 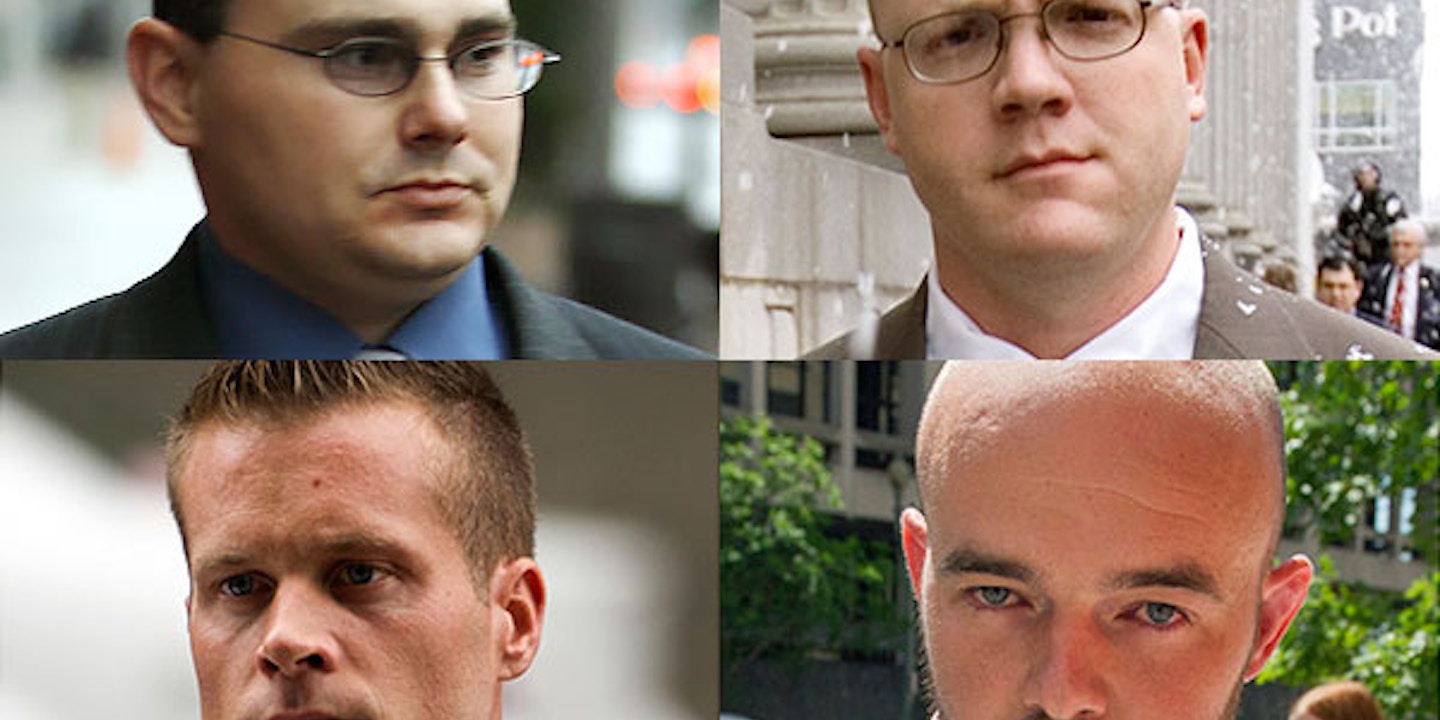 More than seven years after his nine-year-old son, Ali, was killed by contractors working for the American security firm Blackwater Worldwide, Mohammed Kinani says he’s finished his mission “to push these people to the law.”

Four former Blackwater employees were given long sentences yesterday for killing 14 unarmed Iraqis, including Kinani’s son, and wounding many others, when in 2007 they shot at a crowd in Baghdad’s Nisour Square with machine guns and grenade launchers.

“I still have hurt. Every night I bother my neighbors. I yell in the night with nightmares,” Kinani told The Intercept by phone from the junkyard he runs in Dearborn, Michigan. Kinani survived the massacre, was a witness in the trial and spoke yesterday at the sentencing.

Nicholas Slatten, who fired the first shot and was convicted of murder, received a life sentence. Paul Slough, Dustin Heard and Evan Liberty, who were convicted of voluntary manslaughter, received 30 years each.

One other guard, Jeremy Ridgeway, testified for the prosecution and pleaded guilty to lesser charges. He has not yet been sentenced.

In handing down the sentences, the judge called the defendants “fine young men” who “panicked,” but rejected claims that they were acting in self-defense in a war zone. “The overall, wild, thing that went on here can just not be condoned by a court,” said Royce Lamberth, of the U.S. District Court in Washington, D.C.

The defendants all maintain their innocence and have vowed to appeal, which will likely drag out an already protracted case. The long prosecution was derailed several times by the Justice Department’s mistakes, and dismissed once over accusations of prosecutorial misconduct. Last year, prosecutors missed a deadline for statute of limitations for certain charges against Slatten.

The sentences are a severe penalty for one of the Iraq War’s most horrific incidents, which turned Blackwater and its founder, Erik Prince, into emblems of the worst excesses of the American military misadventure.

“The lawyer for [one of the guards] yesterday after we talked in court said, ‘Mr. Kinani, I am apologizing,’” Kinani said. “Too late! After seven years, too late!”

Prince, an auto-parts heir and former Navy SEAL who netted more than $1 billion in contracts for Blackwater, has not faced any official accountability for the incident. “Erik Prince, he was in charge,” Kinani said. “And he should be in that courtroom yesterday.”

Blackwater’s operations have continued and expanded under different names. Prince sold Blackwater in 2010, after rebranding the firm as Xe Services. The newly bought firm was renamed again, Academi, and has received more than $300 million in Pentagon funding for counternarcotics efforts in Afghanistan.

In the meantime, Prince has moved on with a new venture called Frontier Services Group, reportedly pitching its services to Nigeria and other governments and companies across Africa.

He’s also penned a memoir (which has generated a lawsuit of its own) and sold the rights to his life story to the Hollywood producer behind “The Hurt Locker.” Prince said last fall that he was “thrilled that they will share with audiences” how Blackwater, through, “innovation, efficiency and daring – took on some of the most challenging and contentious missions in the War on Terror.”

Kinani is building a life in Michigan with his wife and three college-age children. About a year ago, he hired a security guard for the night watch at his junkyard. The man told Kinani he had once worked for Blackwater in Afghanistan.

“I told him, ‘OK, that doesn’t change anything,’” Kinani said. “I don’t have any problem with anyone.”