The FBI Informant Who Mounted a Sting Operation Against the FBI

A new documentary, (T)ERROR, reveals the weaknesses and bungling behind a terrorism investigation that relied on informants. 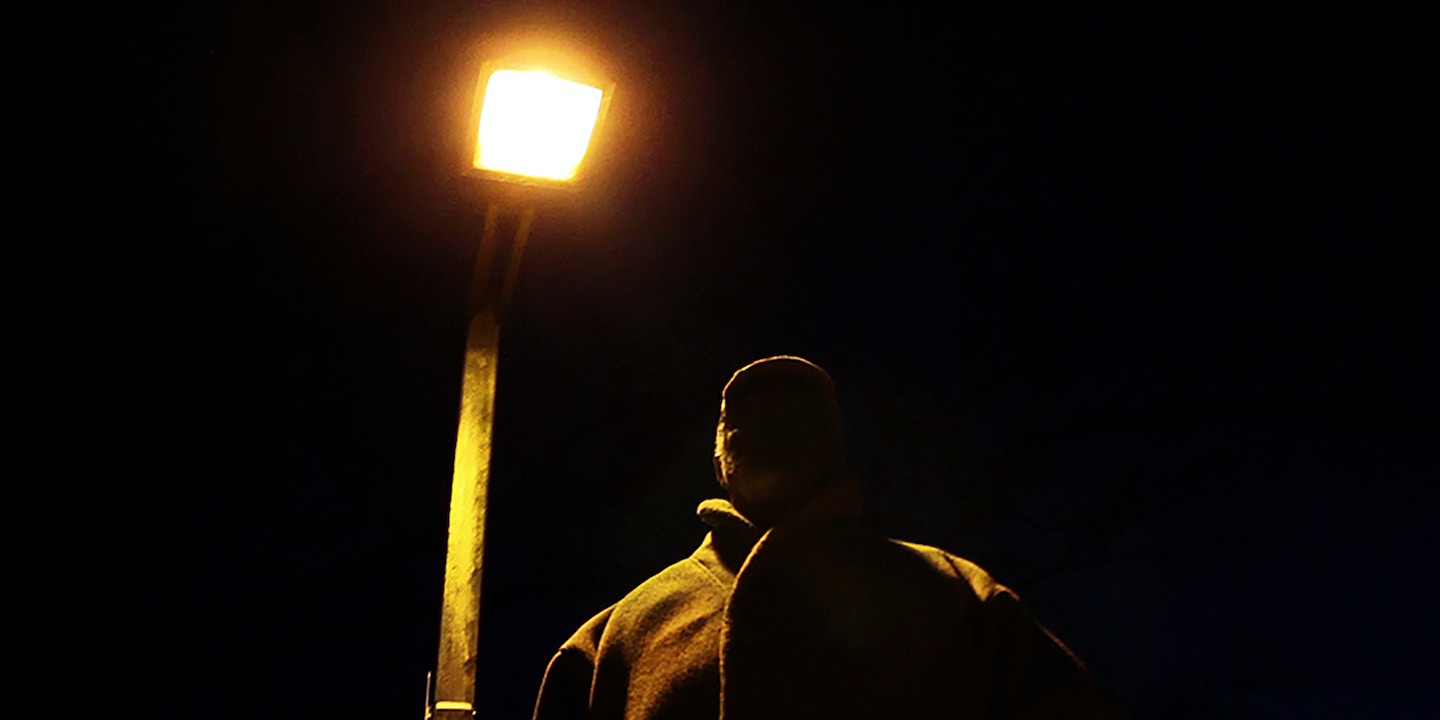 When you’re introduced to Saeed Torres in the new documentary (T)ERROR, you hear him bickering with the filmmaker, Lyric Cabral. The screen is black.

“I told you I didn’t want my face in that shit,” he says.

“Even if your face is shown, how would somebody come after you?” Cabral asks.

“You’d be surprised who knows me,” Torres insists.

The blackness lifts. Torres is dressed in a chef’s apron and a white headscarf, making hot dogs at an amateur basketball game, as if he were an all-American guy.

“I might not even make no fucking independent film,” he says, irritated.

Torres isn’t an all-American guy. He’s an FBI informant, one of more than 15,000 domestic spies who make up the largest surveillance network ever created in the United States. During J. Edgar Hoover’s COINTELPRO operations, the bureau had just 1,500 informants. The drug war brought that number up to about 6,000. After 9/11, the bureau recruited so many new informants — many of them crooks and convicts, desperate for money or leniency on previous crimes — that the government had to develop software to help agents track their spies.

Torres agreed to participate in that independent film, of course. In (T)ERROR, which has its New York premiere at the Tribeca Film Festival on April 16, he offers the rest of us an unprecedented look inside an FBI counterterrorism sting as it unfolds. The documentary is compelling for its intimate portrayal of a single informant who has played a key role in several major terrorism cases.

Informants represent the manpower behind the FBI’s controversial stings, which are intended to find would-be terrorists before they attack. In the decade after 9/11, 158 defendants were prosecuted following these undercover operations, which are usually led by an informant and provide the means and opportunity for someone to attempt to commit an act of terrorism. A Human Rights Watch report in 2014 criticized the FBI for targeting “particularly vulnerable people, including those with intellectual and mental disabilities and the indigent.” Late last week, for example, the FBI arrested a mentally troubled 20-year-old in Topeka, Kansas, after he allegedly attempted to bomb Fort Riley with the help of two undercover FBI informants.

While there are more than 15,000 FBI informants, most are low-level operatives who provide scraps of information or tips about people in their community. Only a few of them at any time are high-level operators like Torres — professional liars who travel the country as agents provocateur in elaborate stings. They can make $100,000 or more for every case they work. Torres, a former Black Panther and convict who robbed New York City transit booths, is one of these operators, a freelance agent who portrays himself as a “radicalized Muslim,” as the government’s terminology puts it.

“I don’t like the word informant,” Torres says in (T)ERROR. “I consider myself a civilian operative.”

Torres was the informant behind FBI stings that targeted Tarik Shah, a Bronx jazz bassist who was convicted of providing material support for terrorists in 2007, after he pledged allegiance to Al Qaeda in front of an undercover agent, and Mohammed Ali Hassan al-Moayad, a Yemeni cleric in Brooklyn who bragged about his connections to Osama bin Laden. Al-Moayad pleaded guilty to conspiring to raise money for Hamas, and after he served six years behind bars, an appeals court overturned his conviction, ruling that he did not receive a fair trial. He then was deported to Yemen, where he received a hero’s welcome. Shah is in federal prison, serving a 15-year sentence.

(T)ERROR picks up Torres’s story after these stings (warning to readers: spoilers ahead). Living in a rundown apartment somewhere in the Northeast, he gets a call from the FBI. They want him to go to Pittsburgh to get to know a terrorism suspect — a 34-year-old white Muslim convert named Khalifah al-Akili.

He packs up his car and his dog and moves into an FBI safe house around the corner from al-Akili’s apartment building. The cameras follow Torres for months as he struggles to gather any evidence that al-Akili poses a threat to national security. One of the remarkable aspects of this documentary — and of the way the FBI conducts its stings — is that Torres flatly admits that the target of his FBI operation isn’t dangerous. He isn’t on his way to becoming a terrorist. 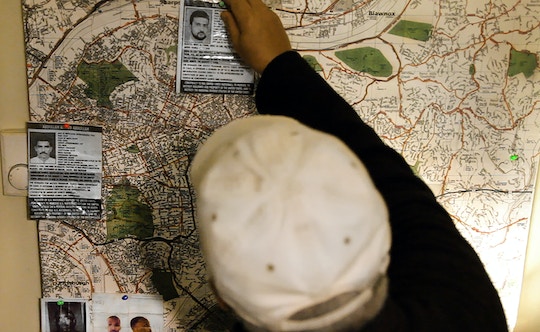 And here’s where (T)ERROR brings viewers into a previously unseen world — as the FBI sting unravels.

The agents, apparently frustrated that Torres couldn’t build a case on al-Akili, bring in a second informant, Shahed Hussain, and tell Torres to make the introduction. Hussain is a con artist from Albany, New York, who was convicted of participating in a scam to give driver’s licenses to undocumented immigrants. He came to the U.S. from Pakistan in 1994, after being arrested in Karachi on a murder charge. Hussain had been used by the FBI before — he was the bureau’s undercover informant in an Albany terrorism case as well as in a sting that targeted the so-called Newburgh Four — four poor black men who plotted with Hussain to bomb synagogues in the Bronx and to fire Stinger missiles at airplanes, though only after Hussain had offered the lead defendant, a mentally troubled man named James Cromitie, $250,000 if he participated in the plot. (The four suspects received lengthy prison sentences.)

There’s no shortage of embarrassing moments for the FBI in its dozens of counterterrorism stings since 9/11. In Boston, an FBI informant who was working a counterterrorism case was caught on an FBI camera purchasing heroin, which wasn’t part of his assignment. In case after case, the FBI experiences so-called “recorder malfunctions” — usually at the most unfortunate time for the defendant, such as at the very beginning of the sting or, as in an operation involving a Baltimore teenager, when the target was attempting to back out of the plot. More recently, FBI agents accidentally recorded themselves calling the subject of their undercover investigation a “retarded fool” whose terrorist ambitions were “wishy-washy.”

As soon as Hussain is introduced into the al-Akili case, the FBI’s work is revealed as similarly ham-handed. Hussain blows the introduction by being overeager, giving al-Akili reason to suspect Torres and Hussain are government agents. Hussain hands al-Akili his business card, and a suspicious al-Akili subsequently Googles the phone number. His search brings up an FBI document from the Newburgh Four case — one that I had obtained and posted online as part of a story for Mother Jones. The FBI had never bothered to change Hussain’s cell phone number. Al-Akili discovers the story I wrote about Hussain — “The Making of an FBI Superinformant” — and realizes he’s the target of an FBI investigation.

Instead of cowering, al-Akili emails dozens of lawyers and journalists, including me.

“I would like to pursue a legal action against the FBI due to their continuous harassment, and attempts to set me up,” al-Akili wrote in the March 9, 2012 email. What no one knew — not even the FBI — was that Cabral and Sutcliffe began filming al-Akili’s side of things after he sent the email, which a lawyer who received it happened to forward to them. The documentary then becomes a house of mirrors, with each side of the FBI’s counterterrorism operation being reflected onto the other, revealing a mash-up of damaged people being exploited by overzealous government agents, with no sign at all of anything resembling terrorism or impending danger to the public.

“I felt I was almost obligated to expose these guys,” al-Akili told the filmmakers.

(T)ERROR becomes an intense spy game that plays out on screen, with each person double-crossing someone: Torres lying to and attempting to set up al-Akili for the FBI, and Cabral and Sutcliffe, in turn, turning the tables on the very subject of their film by approaching the subject of his investigation.

Cabral and Sutcliffe were even there when the FBI arrested al-Akili — not for terrorism but for having posed for a picture, in 2010, holding a rifle at a gun range. Since al-Akili had two previous felony drug convictions, he’d committed a crime by holding that gun. At his bond hearing, an FBI agent said Al-Akili had told informants that he wanted to join the Taliban in Pakistan. Al-Akili is now serving eight years in prison.

Near the end of (T)ERROR, Torres looks back on his work with the FBI agents in Pittsburgh.

“I told ’em,” Torres recalls. “I said, ‘I’m not here to entrap nobody.’ They’re trying to make me force this dude into saying something to support terrorism. I said, ‘This dude is not a fucking terrorist, man. He’s not even a pseudo-terrorist. He’s nothing but an oxymoron.’”

(T)ERROR would be disturbing enough if the case it followed were an isolated one. But it’s not. The announcement of a FBI sting like the one that targeted Khalifah al-Akili happens almost weekly now.

Correction: An earlier version of this story incorrectly referred to Tarik Shah as a pianist; this story has been updated to reflect that he is a bassist.

Disclosure: Laura Poitras, a founding editor of The Intercept, was a creative consultant to the makers of (T)ERROR.