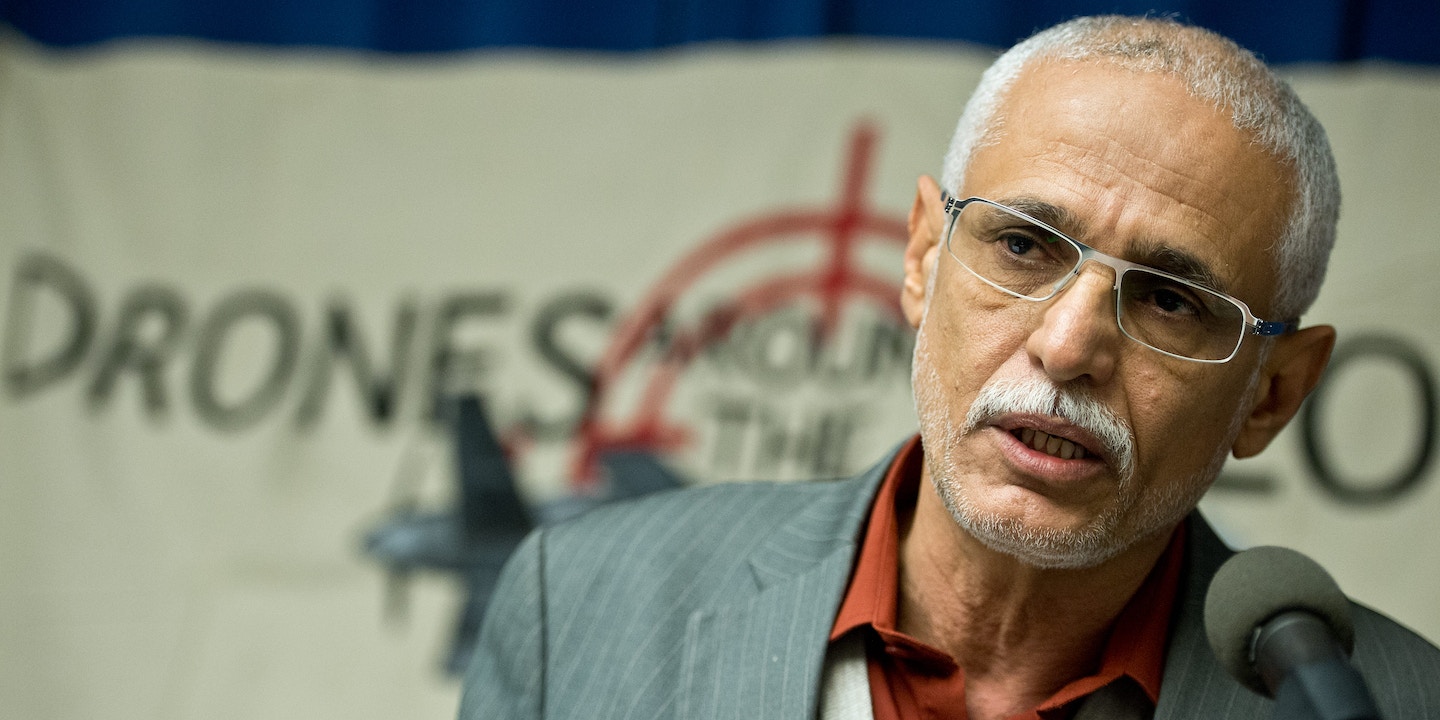 On Aug. 31, 2012, a top-secret U.S. intelligence report noted that “possible bystanders” had been killed alongside militants from Al Qaeda in the Arabian Peninsula in a drone strike in eastern Yemen two days earlier. The source of the intelligence, a Yemeni official described in the cable as “reliable,” identified two of the dead as Waleed bin Ali Jaber and Salim bin Ali Jaber, “an imam of a mosque who had reportedly preached a sermon that had insulted AQAP.”

The source believed that Salim and Waleed “had been lured to the car by the two AQAP militants when the airstrike hit.”

Salim and Waleed’s deaths sparked protests in their village, and the incident was later well-documented by international media and human rights groups. Their family representative, Faisal bin Ali Jaber, has met with Yemeni and U.S. national security officials and members of Congress. But the United States still has not formally acknowledged or apologized for the incident.

The previously unreported intelligence report, viewed by The Intercept, indicates that the U.S. government knew soon after the strike that it had killed two civilians. It could add fire to a lawsuit that Faisal bin Ali Jaber has launched in Germany, as further evidence that U.S. strikes put innocent Yemenis at risk.

Jaber will testify next month in front of a German court, alleging that Germany is violating a constitutionally enshrined duty to protect the right to life by allowing the United States to use Ramstein Air Base as part of its lethal drone operations.

It is the first time a victim of a U.S. drone strike will air his grievances in court, lawyers for the case told The Intercept. The lawsuit could put Germany in the awkward position of having to publicly defend its role in the U.S. drone program.

As The Intercept reported today, the U.S. military sees Ramstein as an essential node in the technical infrastructure for its armed and unarmed drone operations. A budget request for the Ramstein station stated that without the facility, “weapon strikes cannot be supported.”

The administrative court in Cologne where Jaber’s suit is filed recently granted him the chance to present evidence, a sign that it will allow the case to move forward. At that hearing, scheduled for May 27, Jaber will describe the 2012 incident and argue that he and his family are still in danger from drone strikes.

“We’re asking the German government to take measures to stop the U.S. from using German soil in their illegal and immoral drone war,” said Kat Craig, legal director for Reprieve, an international rights group that is representing Jaber along with the Berlin-based European Center for Constitutional and Human Rights.

Extending the constitutional right to life to a non-German citizen outside of Germany is untested legal ground. That Jaber will be allowed to testify is “quite remarkable,” said Craig, and shows “the court is taking it seriously.”

The German government has tried to get the suit tossed, arguing in a court filing that Ramstein’s role in the U.S. drone program is unproven, and that Jaber can’t tie Germany to his specific case.

The lawsuit, the government argues in the filing, is asking Germany to act as a “‘global public prosecutor’ towards other sovereign states” — namely, the United States and Yemen.

The German government also wrote that the U.S. has provided assurances that no drones are commanded or controlled from Germany, echoing what a Pentagon spokesperson told The Intercept: that the United States does not “directly fly or control any manned or remotely piloted aircraft” from Ramstein. As The Intercept explained, that language carefully evades the important technical role played by the base.

Any victory in Jaber’s case will likely be symbolic, said Micah Zenko, a fellow at the Council on Foreign Relations. “It’s almost unimaginable that lethal counterterrorism operations would rupture a relationship with an ally like Germany. Ramstein is used for so many other things and is so important to the bilateral relationship,” Zenko said.

But it could have political ramifications in Germany, where drones are a particularly controversial issue. Zenko noted a recent survey that found 67 percent of Germans were opposed to U.S. drone strikes. Previous allegations of Ramstein’s role in the drone program led to parliamentary inquiries.

In its response, the German government “appears to be trying to avoid a situation where they have to justify their cooperation with the Americans,” said Craig. “That is why they won’t simply deal with the facts of the case.”

U.S. drone operations in Yemen have slowed in the months since Jaber filed his case, as the country has disintegrated into war. U.S.-backed President Abdu Rabbu Mansour Hadi fled into exile in February as the Houthi rebel group took over the capital and large swaths of the country. Saudi Arabia is now bombing the Houthis (with U.S. support) while AQAP has taken advantage of the vacuum to expand its territory.

Nonetheless, strikes continue. Just this week a U.S. drone strike killed a leader of AQAP who was once held in Guantánamo. Jaber’s lawyers plan to argue that the drone campaign will now be less precise due to the war limiting U.S. intelligence on the ground.

Reprieve acknowledges that the German case is a roundabout way of getting at the issue. “It’s very difficult to challenge U.S. drone activities in U.S. courts, so Reprieve targets the soft underbelly of Europe and U.S. allies there to fill the void of accountability,” said Craig.

The United States rarely acknowledges specific drone strikes — usually only when a high-level target is killed — and almost never responds to specific allegations of civilian harm. Attempts to bring cases in U.S. courts have gained little traction. The family of U.S. citizen Anwar al Awlaki and his 16-year-old son, Abdulrahman, has tried for years to bring suit for their deaths in U.S. drone strikes in 2011. In June, a federal judge dismissed their case, deferring to executive branch authority over military targeting decisions.

National Security Council spokesman Ned Price declined to comment on the contents of the intelligence report on the August 2012 strike that killed Salim and Waleed bin Ali Jaber. He said generally that the U.S. government “takes seriously all credible reports of non-combatant deaths and injuries,” conducts after-action reviews, and in some cases, offers compensation.

The family did receive roughly $100,000 last year, in bags of crisp U.S. dollars delivered by Yemeni officials. Jaber told Yahoo News last October that he was told the money came from the United States. But he was still not satisfied. “‘One thinks the U.S. believes it can silence the families of the victims with money’ rather than ‘an apology and an explanation,’” Yahoo reported.

Letta Tayler, a senior researcher with Human Rights Watch who conducted an in-depth investigation into U.S. drones strikes in Yemen, questioned the underlying policy that allows for so many civilian deaths. “It’s as if the hundreds of Yemenis and thousands of Pakistanis killed in drone strikes simply do not exist,” she said.