US Military Spending Still Up 45% Over Pre-9/11 Levels; More Than Next 7 Countries Combined 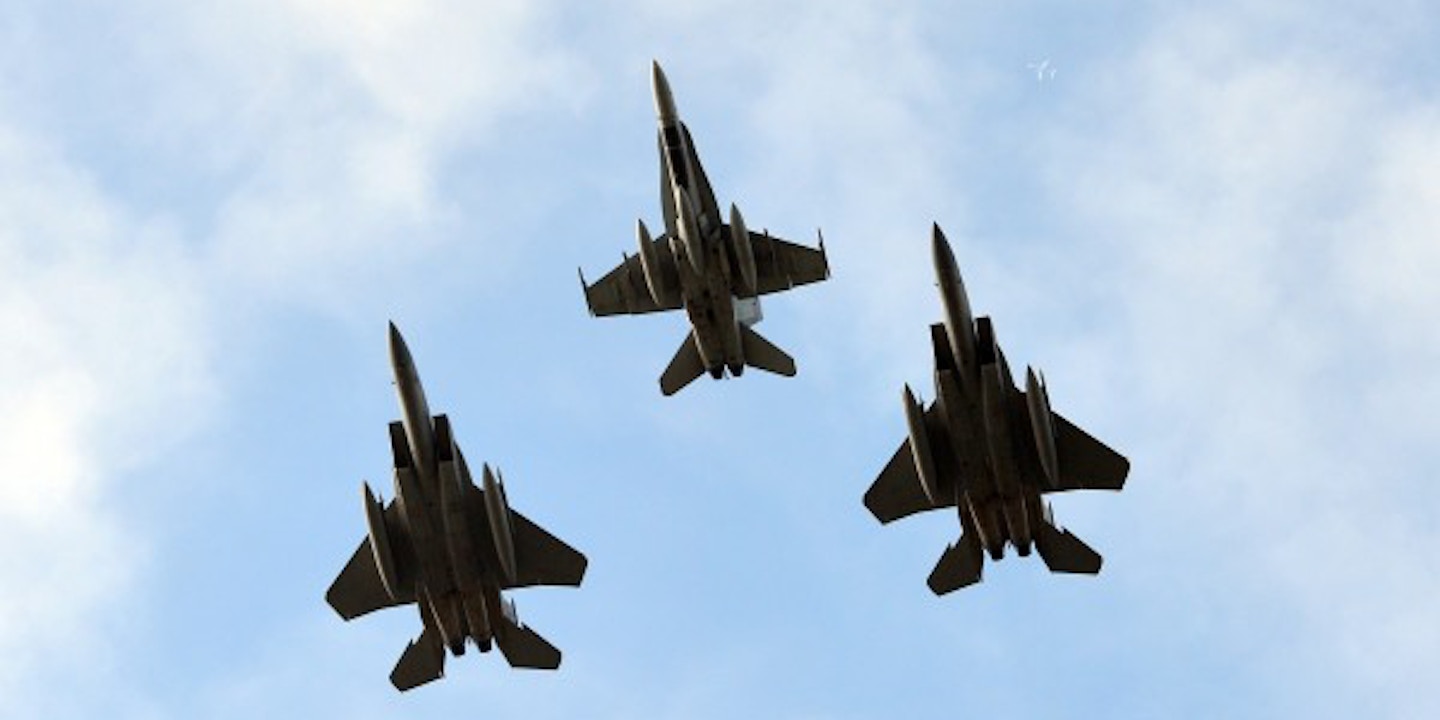 Despite a decline in military spending since 2010, U.S. defense expenditures are still 45 percent higher than they were before the 9/11 terror attacks put the country on a seemingly permanent war footing.

And despite massive regional buildups spurred by conflict in the Ukraine and the Middle East, the U.S. spends more on its military than the next seven top-spending countries combined, according to new figures compiled by the Stockholm International Peace Research Institute (SIPRI). The share of world military expenditure of the 15 states with the highest expenditure in 2014. (Source: SIPRI)

Saudi Arabia is now the fourth-biggest military spender on the globe, which in its case means spending nearly $80 billion last year buying weapons, mostly from the U.S., and most notably including fistfuls of F-15 fighters and top-of-the-line attack helicopters.

As Mark Mazzetti and Helene Cooper reported for The New York Times over the weekend, the new arms race in the Middle East has resulted in a “boom” for American defense contractors.

U.S. military spending has now fallen by 20 percent since its peak in 2010. But overall, the world’s arms bazaar is doing just fine, reports SIPRI, as “reductions in the United States and Western Europe were largely matched by increases in Asia and Oceania, the Middle East, Eastern Europe and Africa.”

In a supplemental report, SIPRI reports on how the crisis in the Ukraine has led to “a renewed commitment by NATO members to spend at least 2 per cent of their gross domestic product (GDP) on the military.” The U.S. is spending 3.5 percent of its GDP on military expenditures.