As a key death penalty case looms before the U.S. Supreme Court, states have turned to the firing squad, electric chair and lethal gas for carrying out executions. 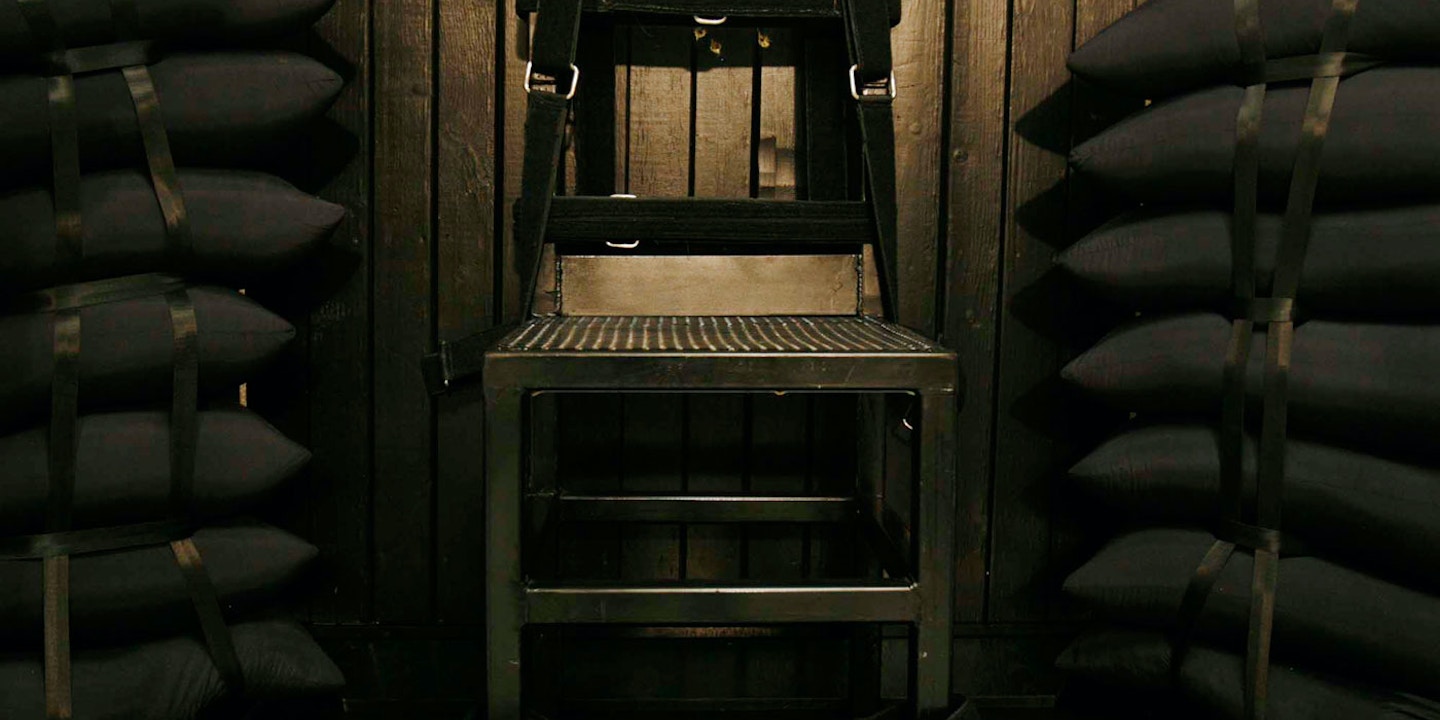 As the Supreme Court prepares to hear oral arguments next week on lethal injection in Glossip v. Gross, a growing number of death penalty states have been seeking out dramatic alternatives for carrying out executions. Last May, Tennessee Gov. Bill Haslam signed a bill that would send death row inmates to the electric chair if lethal drugs became unavailable. In Oklahoma, the state at the center of Glossip, Gov. Mary Fallin just signed a bill that would allow for the unprecedented use of nitrogen gas if the state’s protocol is ruled unconstitutional. But perhaps most surprising to many Americans was the decision by Utah last month to revive an execution method of centuries past: the firing squad.

As in other states where lawmakers have sought to solve ongoing problems with lethal injection, the Utah legislation was influenced by the botched execution of Clayton Lockett in Oklahoma last year. The bill, sponsored by state Rep. Paul Ray, barely passed the House of Representatives by a vote of 39 to 34 before passing the Senate 18 to 10. The language of the bill reads, “if substances are not available to carry out the death penalty by lethal injection on the date specified by warrant, the death penalty shall be carried out by firing squad.”

Republican Gov. Gary Herbert then signed it into law. “It was pretty controversial,” Ralph Dellapiana, a veteran anti-death penalty lawyer and activist in Utah, told The Intercept. “Before Gov. Herbert signed the bill, about a thousand people contacted the governor’s office. Thirty-seven of them were in favor of the firing squad, but over 950 people were against the firing squad. So people were not very apathetic about it.”

Firing squads are far from unprecedented in Utah. In fact, since becoming a state in 1896, 41 out of its 51 executions were carried out by firing squad. Not many other states have officially recorded executions from a firing squad, but there are notable exceptions. In a 1913 execution in Nevada, Andriza Mircovich was given the choice of being hanged or shot to death. Mircovich chose the latter. Kansas, before it became a state, executed a murderer named John Coon in January 1861 by firing squad.

The new Utah law overturns a ban placed on firing squad executions in 2004, when legislators decided that death row prisoners should not have the power to decide how they want to be executed. “The death penalty is a serious duty of the state,” one Utah representative said at the time, adding, “I do not know why Utah ever put in statute that (the method of execution) is up to the discretion of the offender.” The law was not retroactive, however; those prisoners sentenced to death before the firing squad ban still had the option to be killed by a firing squad or lethal injection.

Among these prisoners was Ronnie Lee Gardner, the most recent person executed by firing squad, in 2010. “I would like the firing squad, please,” Gardner told a judge in April 2010. A five-man squad of police officer volunteers granted him that wish by firing multiple times before he was pronounced dead by the medical examiner. Gardner’s death received a fair share of national and international attention, but did not generate sufficient public backlash in Utah to demand abolishing capital punishment.

Although Gardner’s execution came on the heels of a number of botched lethal injections, he did not appear to choose the method out of fear of suffering a tortuous death. “He was kind of a big personality, he liked to be in the news,” University of Utah Criminal Justice Professor Rob Butters told The Intercept. “He had all sorts of appeals that were splashed all over the news, and he just wanted to make a big impact. So he chooses the firing squad while everybody else is getting lethal injections. So he elected to want to do that, so why would we deprive him of that liberty?”

The new law does not revive prisoners’ right to choose which way they want to die in Utah, although those convicted before 2004 still have a choice. Ron Lafferty and Doug Carter, both of whom, like Gardner, were convicted before the firing squad ban in 2004, do not have execution dates. But both have chosen their execution methods, having been asked at sentencing how they would prefer to die. Carter opted for lethal injection, but the new law means he will die by firing squad if Utah cannot get the drugs 30 days before his set execution date (Utah currently has no lethal drugs in its state). Lafferty, meanwhile, has asked for a firing squad.

It’s a practice that even Gov. Herbert admitted is “a little bit gruesome.” The bill’s sponsor, state Rep. Paul Ray, has not returned The Intercept’s multiple requests for comment, but has gone on record in the past saying there are no better methods of execution than firing squads. “It sounds like the Wild West, but it’s probably the most humane way to kill somebody,” Ray said last May, after the botched executions in Oklahoma, and reiterated the same thing to MSNBC’s Chris Hayes in an interview last month.

“Personally, I think it’s a good move because I would like to see the death penalty outlawed some day,” Butters said. “I think if we’re actually honest about what we’re doing, and we’re, like, shooting people and blowing their heart apart, that’s actually more reflective about what’s really going on, as opposed to just placating this idea that we’re putting people to sleep and that it’s peaceful and kind. We had a couple of terrible incidents (in Oklahoma) where they’ve gone badly. That kind of media coverage on things just highlights, ‘Hey, we’re killing people.’ Let’s make no bones about that.”