Stuck in Yemen: A Personal History

Like other Americans stuck in Yemen, I’ve been trying to leave since the Saudi-led air campaign started last month. The U.S. government has done little to help. 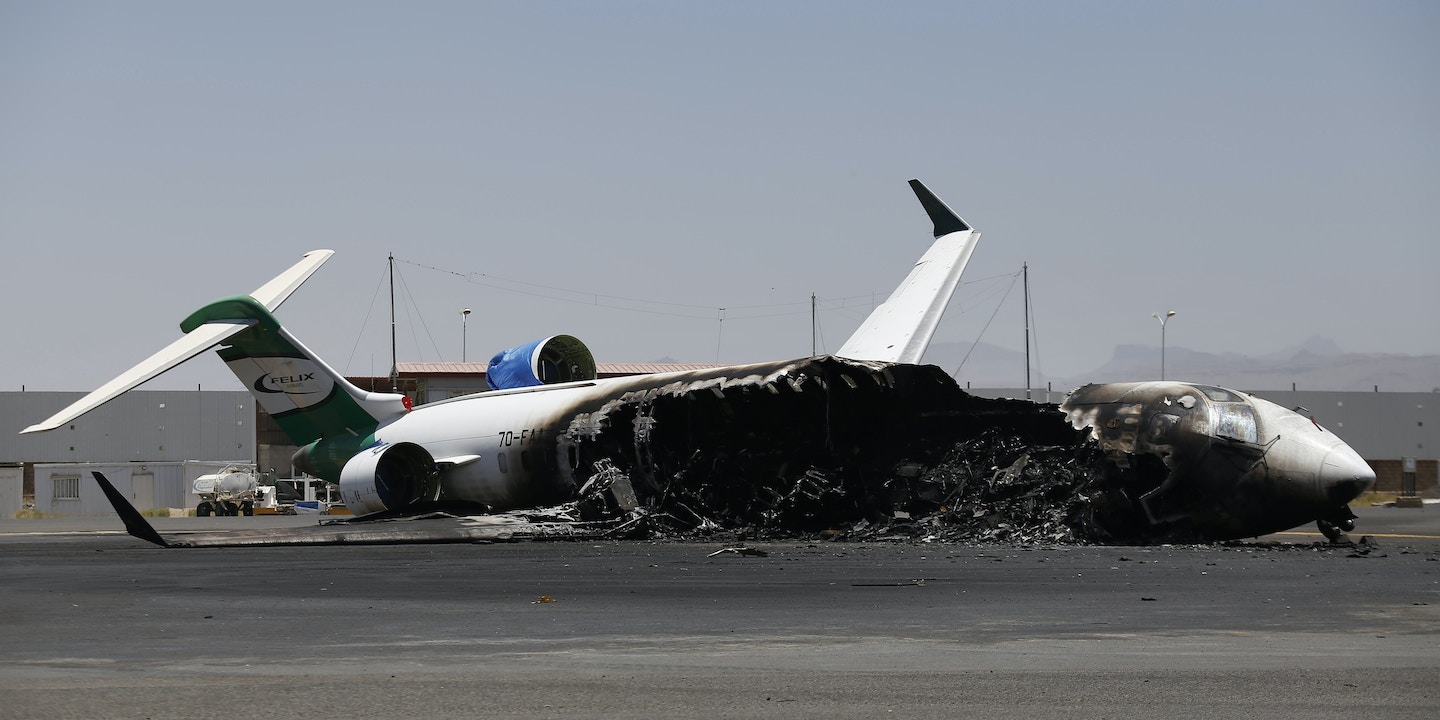 “You will not be traveling tomorrow.”

That was the last message I received, a week ago, from the International Organization of Migration, which is supposed to be helping Americans get out of Yemen.

I was scheduled to leave Sanaa the following day, but I had my doubts. There have been many times I was supposed to leave Yemen: two days ago, a week ago, two weeks ago, and so on. It never happens.

Like the hundreds — and possibly thousands — of other American citizens stuck in Yemen, I’ve been trying to leave since the Saudi-led air campaign started last month, compounding an already chaotic situation that resulted from the collapse of Yemen’s government in January.

Initially, I bought a ticket on Turkish Airlines, but the flight was canceled amid the continued Saudi air strikes. Then Sanaa’s international airport was bombed, and it became clear commercial flights wouldn’t be resuming anytime soon.

Next I turned to the U.S. government for help. From the start of the crisis, the U.S. State Department has been heavily criticized for not evacuating Americans from Yemen, even as India, Russia and other countries arranged flights and ships for their own citizens. Facing a public backlash, the State Department finally referred Americans to the International Organization of Migration, or IOM.

At first, I was hopeful. I was told there would be an IOM flight within just a couple of days — I could even bring my cat, a stray I adopted from an abandoned wood shack behind my old apartment. But then nothing happened, and as the weeks went by, the IOM personnel assigned to coordinate the evacuation flights would rotate out, meaning I’ve been speaking with a constantly changing cast of characters.

The latest IOM representative I was in contact with said they had flights on the 28, 29 and 30 of April, because Saudi Arabia had announced that it would cease bombing. Then Saudi Arabia resumed bombing on the 28, and the flights were canceled.

On April 30, the U.S. State Department posted updated information for Americans in Yemen with this printed in bold: “There are no plans for a U.S. government-coordinated evacuation of U.S. citizens at this time.  If you wish to depart Yemen, you should stay alert for other opportunities to leave the country.”

So now, I spend my days trying to find the rare place with electricity, where I can use the Internet or charge my phone. At night, I listen as Saudi warplanes bomb the city. It’s a tedious ritual.

What is life like in Sanaa, a city now controlled by the Houthis, Shiite rebels who are the target of the Saudi air campaign? Strangely calm, at least during the day. With no electricity, almost all of the shops are closed. Many of the city’s residents have returned to their villages or left the country. Street life has come to a near halt, because there’s almost no petrol for cars or motorcycles.

A few days ago, I took a motorcycle taxi to find a Western Union. It was around 4 p.m., normally a time when people shop and the streets are gridlocked. But there wasn’t any traffic this day.

We drove for an hour, but couldn’t find any Western Unions open (Sanaa is dotted with Western Unions, since remittances from relatives abroad is a major source of income here). We finally found one open, but they couldn’t issue cash since their generator, which powered the computers, was out of fuel.

The highlight of my day lately is between 8 and 10 p.m., when many of us from the neighborhood go to the mosque and use its generator to recharge our phones. There’s been no central electricity for several days now, and only mosques and the well-connected have access to diesel or any type of fuel needed for their generators. The city now goes so dark at night that you can see the Milky Way.

The cell phone charging at the mosque has become an evening ritual for us these past few weeks — a new form of socializing. People from the neighborhood gather, trade gossip and smoke cigarettes. The other night was surprising: it was the harshest language that I’ve heard over my past three years in Yemen directed against the United States. The media frames the threat from Saudi Arabia and America as one and the same.

Electricity, or the lack thereof, is a major topic of conversation. We’ve already had a blackout that lasted for several days. And lately we’ve been getting maybe one hour of central electricity a day. But the past several days there’s been nothing again. The latest news is that the capital is days away from a total blackout, meaning no electricity, no telecommunications, no Internet. If that happens, Yemen will be effectively cut off from the outside world.

So far, food supplies have not run drastically low, though prices are going up. Water is getting scarce and expensive. The one market that appears unaffected — at least in terms of supply — is qat, the mildly narcotic plant that is almost universally chewed in Yemen. A qat dealer once told me that the qat is recession-proof — the qat markets are always up and running.

Of course, the other concern, along with the electricity supply, is the nightly bombing. I live not far from Tahrir Square, which hasn’t been bombed. Saudi Arabia says its air campaign is aimed at military targets, like arms depots. When the Saudis bomb, heavy machine guns fire at the sky. It’s pure theater, because the aircraft are flying well out of range.

As I write this, the bombing campaign has just stopped for the night. The Saudis have been bombing almost every night. Yesterday was especially busy. They were flying low over the southern end of the city during the daytime, which was surprising. They also bombed the airport that day, which doesn’t bode well for my prospects of leaving.

Over the last few days, as the situation has worsened, I’ve been thinking of trying to leave via the port in Mokha, and getting a boat to Djibouti, where I’m told the U.S. Embassy is helping Americans get to the international airport. But to go this route you have to find a driver you trust, and a car that uses natural gas, because regular petrol right now is too costly and scarce. It’s an expensive and risky trip that takes about seven hours by car, and then 12 hours or more by sea, if you’re fortunate enough to find a boat available when you arrive at the port.

A sister of a Yemeni-American who recently fled the country described to me how her sibling weighed the options for escape. Her family worried that going via Mokha would involve too much travel. One man was charging $2,000 a head to take people out of Yemen via Saudi Arabia. Instead, her sister ended up taking a bus to Saudi Arabia, but it was risky crossing the border with American passports. Her sister made it, but it was “a harrowing experience.”

Even amid the fighting, Yemeni hospitality is still in place. My neighbors check in on me, and the guards at the Houthi compound see me every day and wave. They accept the six-foot tall white guy walking around — a rare sight these days. The major problem is boredom. With limited electricity, my days consist of sleeping, and then my evening trip to the mosque to charge my phone.

Recently I called up the director of Cales, the language school that I attended when I first arrived in Yemen. At its height, the school hosted hundreds of international students, including many Americans. I asked the director if he could help me with my exit visa. He couldn’t; the school has been shuttered since last January.

It was a sad conversation; that past year in Yemen had overwhelmed him. As we spoke on the phone, he started to cry.

My plans now are focused on the next IOM flight.  It was supposed to be tomorrow — Tuesday — but on Sunday I was told that it was delayed until May 7. Oddly, the flight, if it does ever happen, will not take me to a common international hub like Egypt, Jordan, or even Djibouti, but to Khartoum, Sudan, a member of the Saudi-led coalition against the Houthis.

Earlier, I asked the woman I’d been in touch with at IOM what would happen if, as expected, the total blackout does come. How will they even let me — or others — know about the flight?

“We are following this news as well,” she wrote. “Let’s hope it doesn’t happen anytime soon.”