A Victory for Bipartisanship, a Defeat for the First Amendment 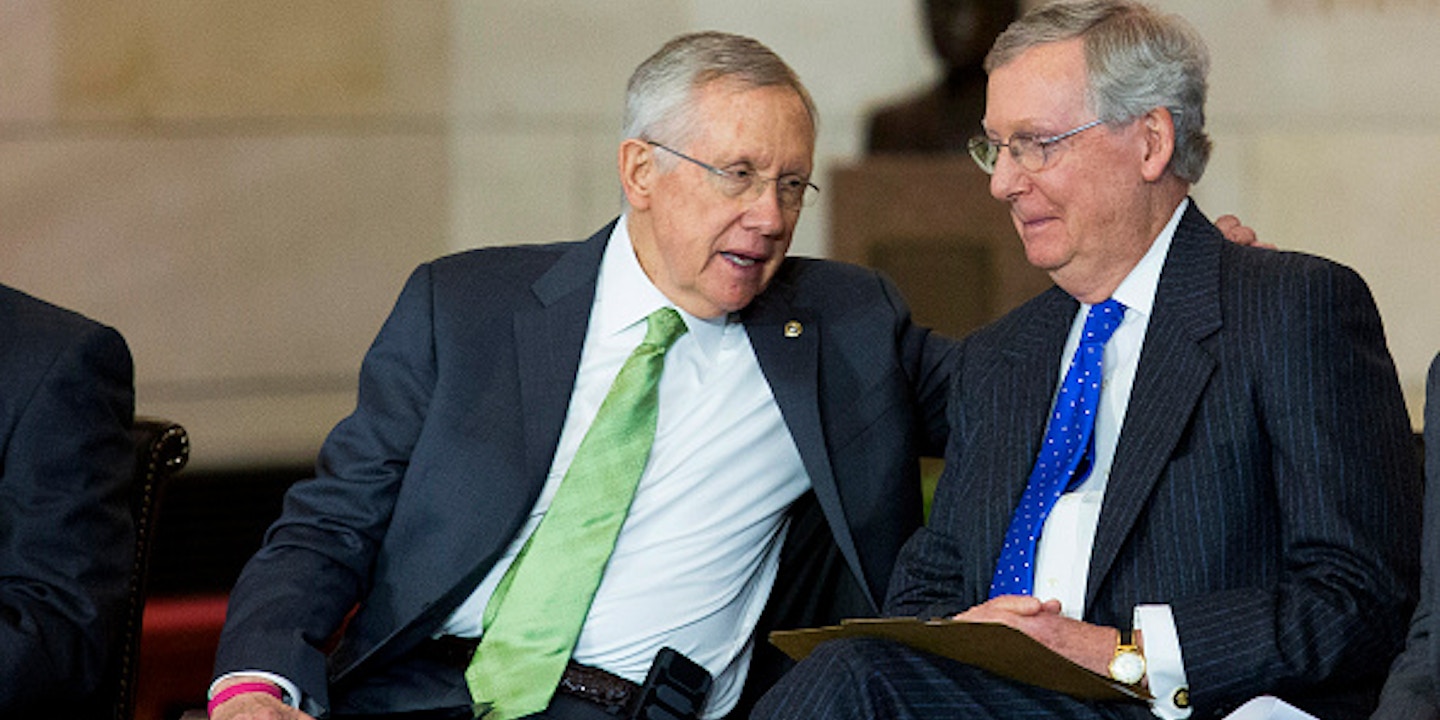 The language comes from an amendment, sponsored by Sen. Mark Kirk, R-Ill., which also passed by an overwhelming  vote (97-2). It would hold websites criminally liable for knowingly hosting an advertisement involving “an underage or coerced trafficking victim.”

In some cases, according to part of the federal law on trafficking, prosecutors don’t even need to prove prior knowledge, just that “the defendant had a reasonable opportunity to observe the person so recruited, enticed, harbored, transported, provided, obtained or maintained.”

Sen. Ron Wyden, D-Ore, castigated his colleagues for favoring a “tacked on” amendment that would give the Justice Department the authority “to go after websites Americans use for non-nefarious purposes.” The other dissenting vote was cast by Sen. Maria Cantwell, D-Wash.

The amendment was derived from the Stop Advertising Victims of Exploitation (SAVE) Act, which was unveiled last June as standalone legislation by Sens. Kirk and Dianne Feinstein, D-Calif. It was described in November by the American Civil Liberties Union, the Electronic Frontier Foundation, and other like-minded groups as an “overbroad approach [that] would obviously lead to the removal of constitutionally protected speech.” The coalition said that SAVE Act language would force popular websites “to prohibit content that falls under the bill’s broad definition of ‘adult advertisements,’ which includes communications that are wholly or only partially devoted to proposing lawful commercial exchange for lawful services.”

Despite its constitutionally suspect provisions, the Justice for Victims of Trafficking Act (the overall bill), has primarily been described in the press as  a fund to compensate the victims of modern day slavery — and as an indication that Washington is functioning again. According to critics, however, the preponderance of language in the bill would quietly advance a “tough on crime” agenda just as many Americans are clamoring for broad-based criminal justice reform and a softening of state attitudes toward non-violent behaviors — even if they’re frowned upon by polite society.

Even before SAVE Act-inspired provisions were inserted on the floor of the Senate, provisions of the bill had been described as counterproductive, at best, by advocates of sex workers.

“There are a lot of things in this bill that, I think, are incredibly problematic, and not just for people in the sex industry,” said Kate D’Adamo, national policy expert for the Sex Worker’s Project.

Even the part of the bill that would provide money for victims is misguided, she said. Section 101 of the legislation would order judges to levy $5,000 fines on people convicted of certain sex crimes to bolster victims’ funds managed by the Departments of Justice and Health and Human Services.

“Funding victims services based on prosecutions is a horrible precedent, when we’re completely prioritizing arrests over victim services,” D’Adamo added.

Supporters of the JVTA are waiting for it to be advanced by the House. Although the body is in recess this week, at least one booster, on Tuesday, urged action from House leaders.

Sam Knight is a reporter, editor and co-founder of The District Sentinel, a watchdog news site based in and focusing on Washington.