“It Was the State:” Don’t Miss The Intercept’s Investigation Into Mexico’s Iguala Abduction

Why were the students stopped on September 26, 2014? Who gave the order? And what happened to the 43 who were seized by police and have never been seen again? 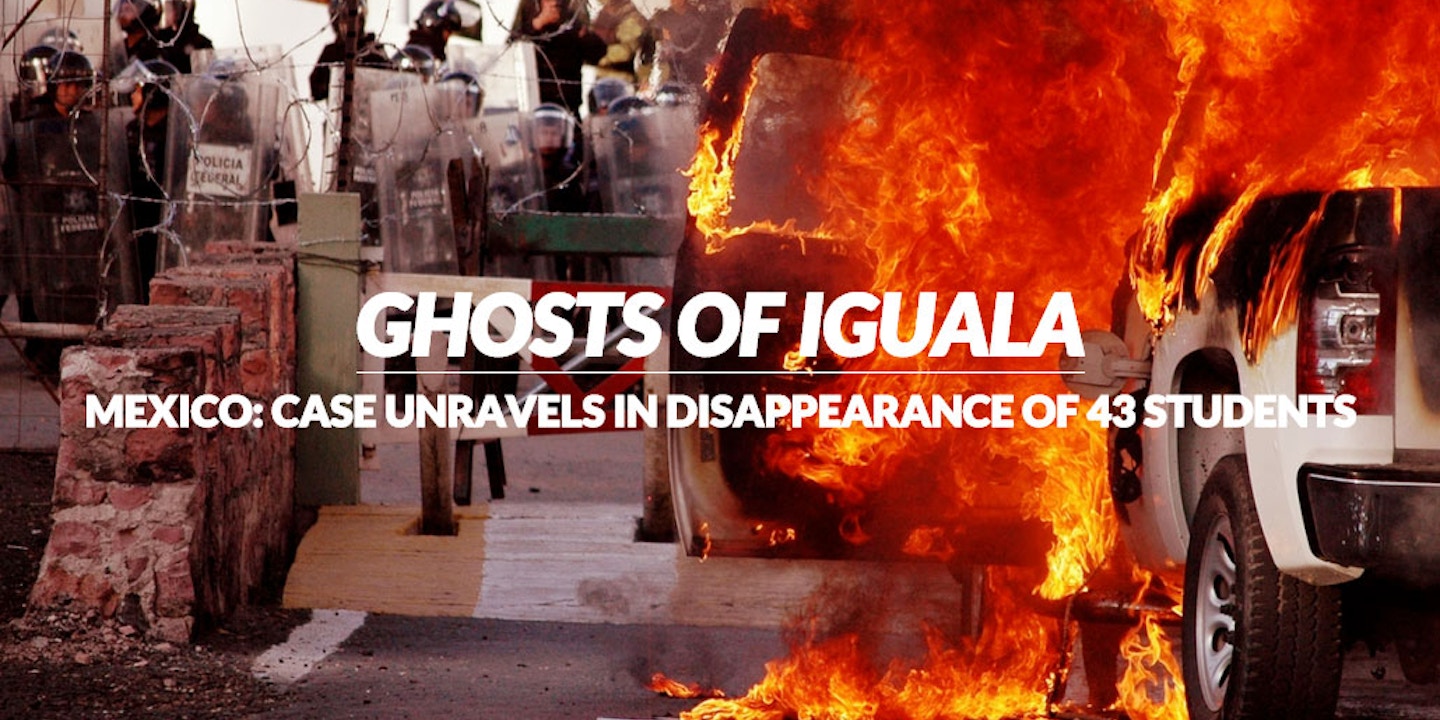 Earlier this week, The Intercept published an extensive investigation by Ryan Devereaux into the abduction and likely murder of 43 students in Iguala in southern Mexico last year. Be sure to check out Part I and Part II, as well as a photo essay by Keith Dannemiller. In addition, today The Intercept posted a follow-up investigation by Cora Currier and Jesse Franzblau into the complicity of the U.S. in Mexican government and cartel violence. According to a relative of a survivor of the Iguala abduction, Obama “should consider if a life is more important than a political and economic agreement on weapons with Mexico, because these weapons are being used to kill students in Mexico.”

The students’ disappearance has generated enormous protests across Mexico — because, as the father of two sons seized in a separate 2008 abduction says, “It is not 43. It is thousands.” Since 2006, Mexico’s national government has been waging what it calls a war on drugs, but which could be more accurately termed a war between different drug cartels for control of the government at all levels. Whatever it is, it’s been spectacularly brutal and cruel, with more than 100,000 Mexicans dead and at least 22,000 missing. And the U.S. shares responsibility, having provided the Mexican government with billions of dollars in military equipment and training.

The abduction took place on September 26, 2014 when over 100 students from Ayotzinapa, a largely indigenous teacher’s college whose graduates often become activists, traveled to Iguala on several commandeered buses. As they drove slowly through heavy traffic, municipal police first tried to block their way and then opened fire, wounding one student. Then in a bizarre, complicated melee lasting several hours, six students and bystanders were killed, and 43 students were loaded into police patrol trucks and have never been seen again.

Why were the students stopped? Who gave the order? And what happened to the 43 disappeared?

Mexico’s attorney general at the time, Jesús Murillo Karam, blamed the mayor of Iguala and his wife, both of whom were deeply implicated in drug trade (the mayor’s wife, who was apparently hoping to succeed him, was the sister of two cartel members who reportedly supervised 200 contract killers). The local police seized the students at the mayor’s behest, then handed them over to the Guerreros Unidos gang, said Murillo Karam, which murdered them and incinerated their corpses. And according to the official story, that’s as high as it went, with no involvement by or responsibility for the army or other officials.

That would be extremely convenient for Mexico’s national government, if it were true. It’s almost certainly not. Devereaux draws from sealed files from the attorney general’s office, dozens of interviews (including with surviving students), the communication records of Mexican security forces and courageous investigative reporting by Mexican journalists to uncover why the slogan of protestors has become: Fue el estado. It was the state.

Read it all, and then watch Devereaux discussing his investigation on Democracy Now!:

Photo of flames from vehicle during protest at military zone in Chilpancingo: Edgar de Jesus Espinoza/Xinhua/Landov