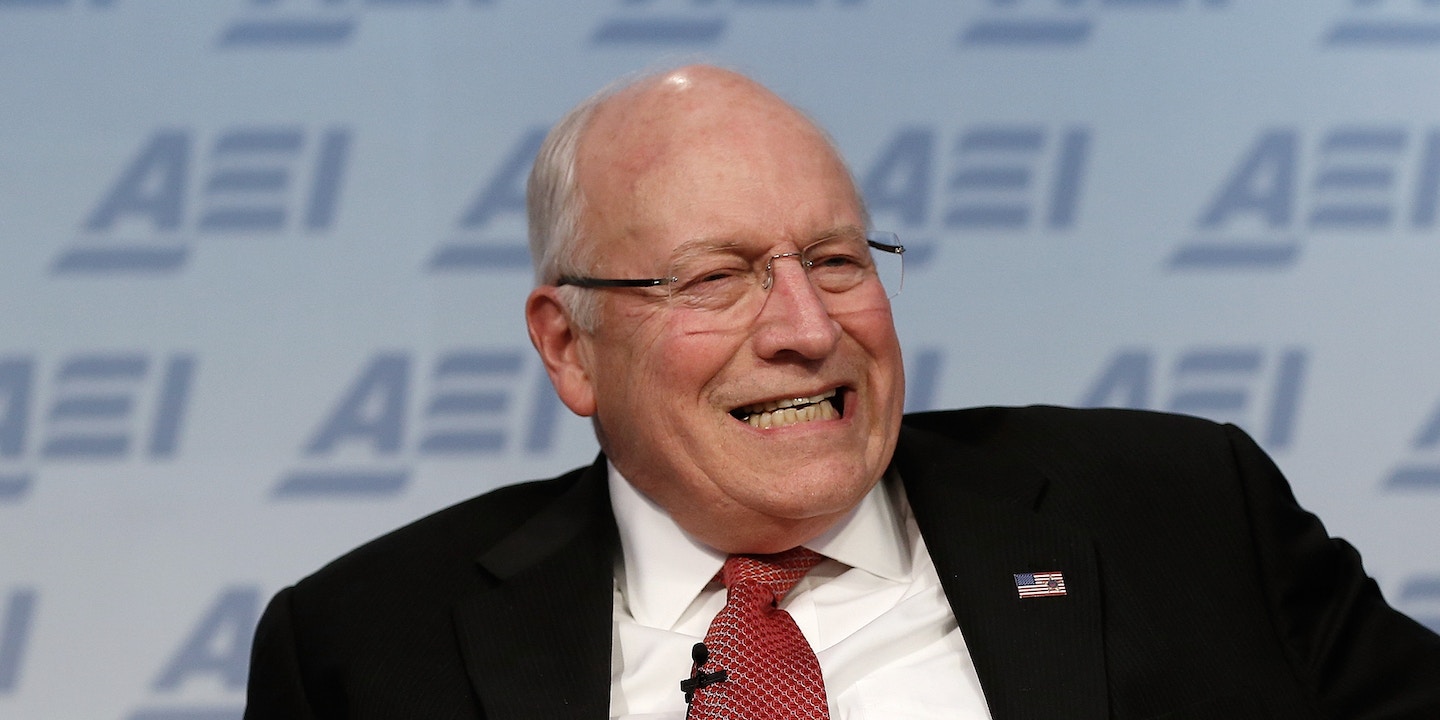 Dick Cheney would like you to believe that he knows more about protecting the nation from terrorism than anyone else. But he actually knows less.

When presented with an actual terror threat — the one that turned into the 9/11 attacks — Cheney thought al Qaeda was bluffing.

No kidding. This is from The Great War Of Our Time: The CIA’s Fight Against Terrorism, a new book by former acting CIA director Mike Morell:

The threat reporting continued [in the spring and summer of 2001] — other pieces were titled “Bin Ladin Attacks May Be Imminent” and “Bin Ladin Planning High-Profile Attacks” — but I sensed some skepticism about it. The vice president one morning asked me whether all this threat reporting might not be deception on the part of al Qa‘ida — purposely designed to get our attention and to get us to needlessly expend resources in response.

According to Morell, who was then in charge of the daily presidential intelligence briefing, the CIA felt they then needed to produce a report titled “UBL [Usama bin Laden] Threats Are Real.”

UBL Threats Are Real. Take a minute and think about that. Think about what would have happened on the afternoon of September 11, 2001 if Americans had known that had been Cheney’s attitude just a few months before. Think about how, if he’d been a Democrat, that would have defined liberals as weak, cowardly children for the next 50 years.

So it’s not just that Cheney is cartoonishly evil, it’s that he’s monstrously incompetent; in fact, his monstrous incompetence is a large part of why he’s so cartoonishly evil. He was overwhelmingly powerful, but with no understanding of reality, and so blundered around the world strewing destruction wherever he went.

And of course, while al Qaeda wasn’t bluffing in 2001, it often was afterward. As bin Laden openly explained in 2004, it caused the U.S. government to wildly overreact:

All that we have mentioned has made it easy for us to provoke and bait this administration. All that we have to do is to send two mujahidin to the furthest point east to raise a piece of cloth on which is written al-Qaida, in order to make the generals race there to cause America to suffer human, economic, and political losses without their achieving for it anything of note other than some benefits for their private companies.

(George Tenet’s memoir also describes this attitude within the Bush administration — that al Qaeda was sneakily trying to make us think they were about to attack us in 2001 — but attributes it only to Steve Cambone, who was then undersecretary of defense.)