“I’ve been spat on, had my hijab pulled off, been detained for hours by the TSA and missed speaking engagements in front of hundreds of people,” says Tahera Ahmed. 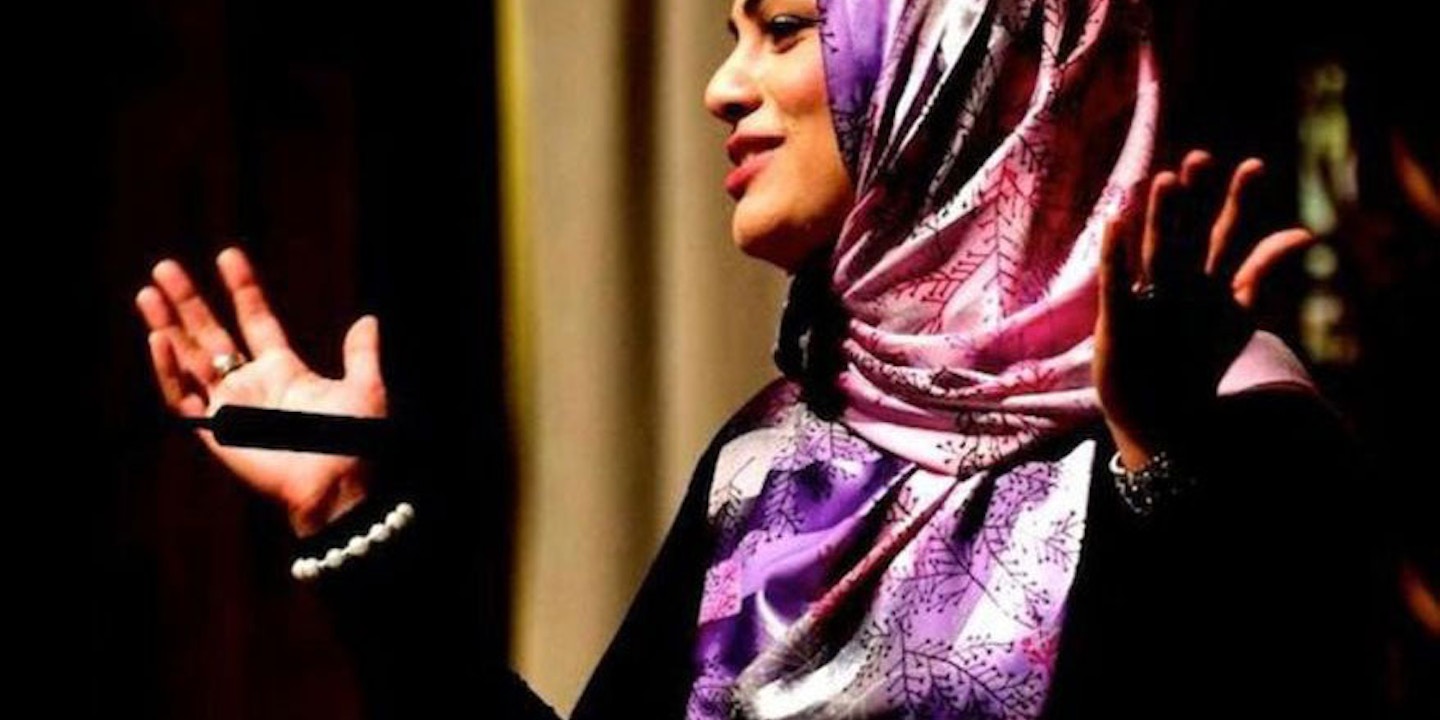 A Muslim woman denied an unopened Diet Coke on United Airlines, allegedly over fears she’d use the canned beverage as a “weapon,” says the incident is just the latest in which she has been treated with suspicion, physically attacked or otherwise discriminated against because of her religion.

The woman, Northwestern University chaplain Tahera Ahmad, also says that she has been inundated with threats since news of the incident went viral over the weekend.

“Since 9/11, I’ve experienced discrimination many times,” Ahmad said in an interview. “I’ve been spat on, had my hijab pulled off, been detained for hours by the TSA and missed speaking engagements in front of hundreds of people. … This is not about a can of soda, it’s about an environment which is encouraging people to be demeaning, bigoted and hurtful.”

This past Friday, as Ahmad was traveling to speak at a conference promoting dialogue between Israeli and Palestinian youth, she requested an unopened soft drink from the attendant on her United Airlines flight, only to be denied the drink on the grounds that she might “use it as a weapon.” After complaining, she was allegedly told by another passenger across the aisle on her flight, “You Muslim, you need to shut the fuck up. You know you would use it as a weapon, so shut the fuck up.”

After her flight, Ahmad wrote an emotional Facebook post about her experience, a post that has since been the subject of news reports from Britain to Australia.

Ahmad, 31, was raised in Morton Grove, Illinois and is an associate chaplain and director of interfaith engagement at Northwestern. In 2014, she was honored in a ceremony at the White House as a “leading Muslim woman” in America for her academic achievement and community building, as well as for working on behalf of the U.S. State Department conducting workshops on interfaith relations and cultural awareness. Despite this, she says she has not been immune to the rising tide of discrimination and suspicion facing Muslims in America today.

“I do a lot of speaking engagements about Islam, Islamophobia, women’s rights, and I believe in just and peaceful dialogue,” she said. “But the type of hatred and discrimination I’ve been experiencing is not coming out of a vacuum.”

Nearly a decade and a half after 9/11, documented hate crimes targeting Muslims in America are five times higher than they were in the year 2000. In recent months, there have been high-profile incidents of mosque burnings, assaults and a murder, which many believed to have been motivated by anti-Muslim sentiment. Last week, anti-Muslim activists, many of them brandishing assault rifles, staged a demonstration outside a Phoenix, Arizona mosque during Friday services.

While FBI hate-crime statistics cite a figure of 13.7 percent for the proportion of anti-religious hate crimes targeting Muslims in the United States, this figure is widely believed to be understated. Many Muslim immigrants are either newly arrived in the United States and thus unfamiliar with how and why they should report bias incidents, or they say they have become fearful of taking their concerns to the FBI given the treatment of their community by federal law enforcement agencies since 9/11.

Since going public with her own complaints of discrimination, Ahmad says she has been targeted with an avalanche of threatening messages and phone calls.

“One person called me, at first pretending to work for United Airlines and acting very professionally, before suddenly starting to threaten me and making sexually explicit remarks,” Ahmad said. “I asked him if he was really calling from United, and he said, ‘What, you don’t trust me? You want to see my dick, you want to suck my dick? I got a camera phone, I know you Muslims like that,’” Ahmad said. “I just hung up after that.”

After her Facebook post generated a social media firestorm and was picked up by international news media, United Airlines issued a boilerplate statement on their website calling the incident a “misunderstanding” and saying that they “welcome[d] Ms. Ahmad back.” The statement did not acknowledge the incident as discrimination, nor did it mention the hateful reaction of at least one passenger, which United staff are alleged to have witnessed without intervening.

The airline did not respond to a request for comment for this story.

For Ahmad, the incident has less to do with her treatment on the flight than with the increasing discrimination she and other Muslims living in the United States face on a daily basis. Much of this, she says, stems from sensationalized news media coverage conflating ordinary people with foreign terrorist groups such as Islamic State, as well as from opportunistic politicians seeking to ratchet up fear of Muslim Americans to gain votes.

“I think the overwhelming majority of Americans are good people, they just need to hear our story and understand, instead of being misled by what they see on television,” Ahmad says. “Muslims are doctors, firefighters, engineers. We’re people who help build our country. We’re not ISIS and we’re not terrorists.”

Despite being upset about her own experience, Ahmad says that far worse discrimination is experienced by others on a regular basis, particularly women, with their treatment seldom acknowledged. “As Americans, we need to promote a culture that recognizes the pain of discrimination and bigotry, whether it’s toward Muslims, African Americans or other minority groups dealing with such struggles,” said Ahmad. “Its hurtful and frustrating when people who are trying to do what’s right and promote dialogue are mistreated and silenced like this, and, unfortunately, it happens all the time.”