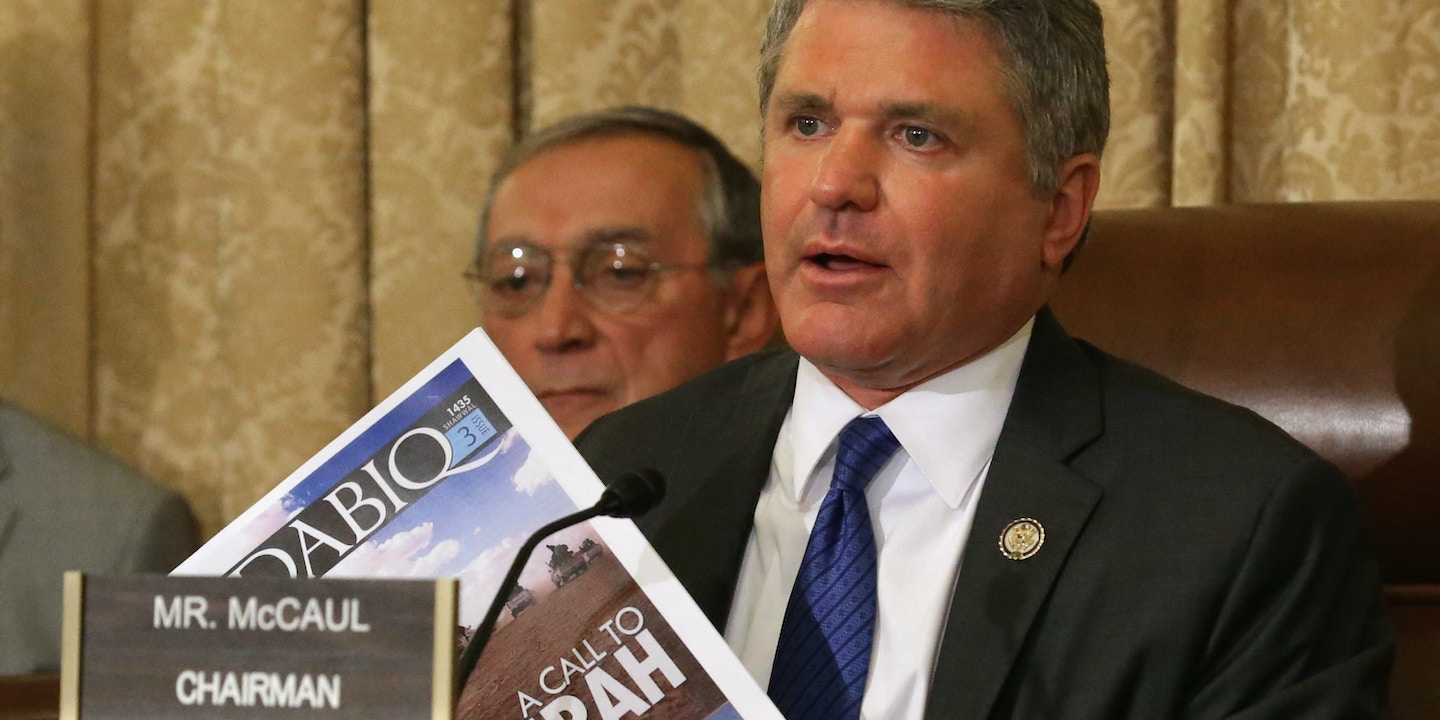 House Homeland Security Committee Chairman Michael McCaul called the use of encrypted communication a “tremendous threat to the homeland” on Wednesday. At a hearing called “Terrorism Gone Viral,” about possible lone-wolf terrorists, the Texas Republican warned: “They have the ability to go on to what’s called ‘dark space’ — to go on to another platform that is ‘secure-com’ that we don’t have the ability to monitor these communications.”

But in an interview with The Intercept, Rep. Ted Lieu, D-Calif, made light of McCaul’s fears.

“When they talk about dark places, ooooh it sounds really scary,” Lieu said. “But you have a dark place in your home you can talk, you can meet in a park –- there are a zillion dark places the FBI will never get to and they shouldn’t because we don’t want to be monitored in our home.”

Encryption scrambles electronic communications so that they are unintelligible to anyone but the intended recipient. It has long been a key element of the Internet — critical, for instance, to enabling commerce. Obama administration law enforcement officials have been engaging in a fearmongering campaign to demonize its use, but a recent United Nations report called it an essential tool needed to protect the right of freedom of opinion and expression in the digital age

“The notion that encryption is somehow different than other forms of destroying and hiding things is simply not true,” Lieu told The Intercept. “Forty years ago, you could make the statement that paper shredders are one of the most damaging things to national security because they destroy documents that law enforcement might want to see.”

McCaul and Lieu also differ on what they want to hear from the FBI on the topic. McCaul encouraged Michael Steinbach, the assistant director of the FBI’s counterterrorism division, to help Congress figure out how to fight encryption.

Steinbach, for his part, announced: “We are past going dark. We are dark.”

Lieu said the FBI “will fail partly because what they are asking for is technologically not possible.…You cannot put in a back door only for the good guys. The computer is ones and zeros — it can’t tell who is putting in that encryption key, whether it’s the FBI director, the leader of Hamas or a criminal actor.”

Lieu, joined by Rep. Will Hurd, R-Texas, the Chairman of the Government Oversight Committee’s Information and Technology Subcommittee, penned a letter last week to FBI Director James Comey, saying that they “strongly, but respectfully, disagree” with the bureau’s legislative outreach on encryption.

Meanwhile, during Wednesday’s debate on the Justice Department spending bill, Rep. Thomas Massie, R-Ky., succeeded in affixing an amendment to the must-pass legislation that forbids the National Institute of Standards and Technology from eroding cryptographic standards at the behest of the NSA.

Rep. Massie claimed his amendment would “prevent the government from putting backdoors in your software that allows them to spy on you with out a warrant.”