Hillary Clinton’s not the first, and she probably won’t be the last. 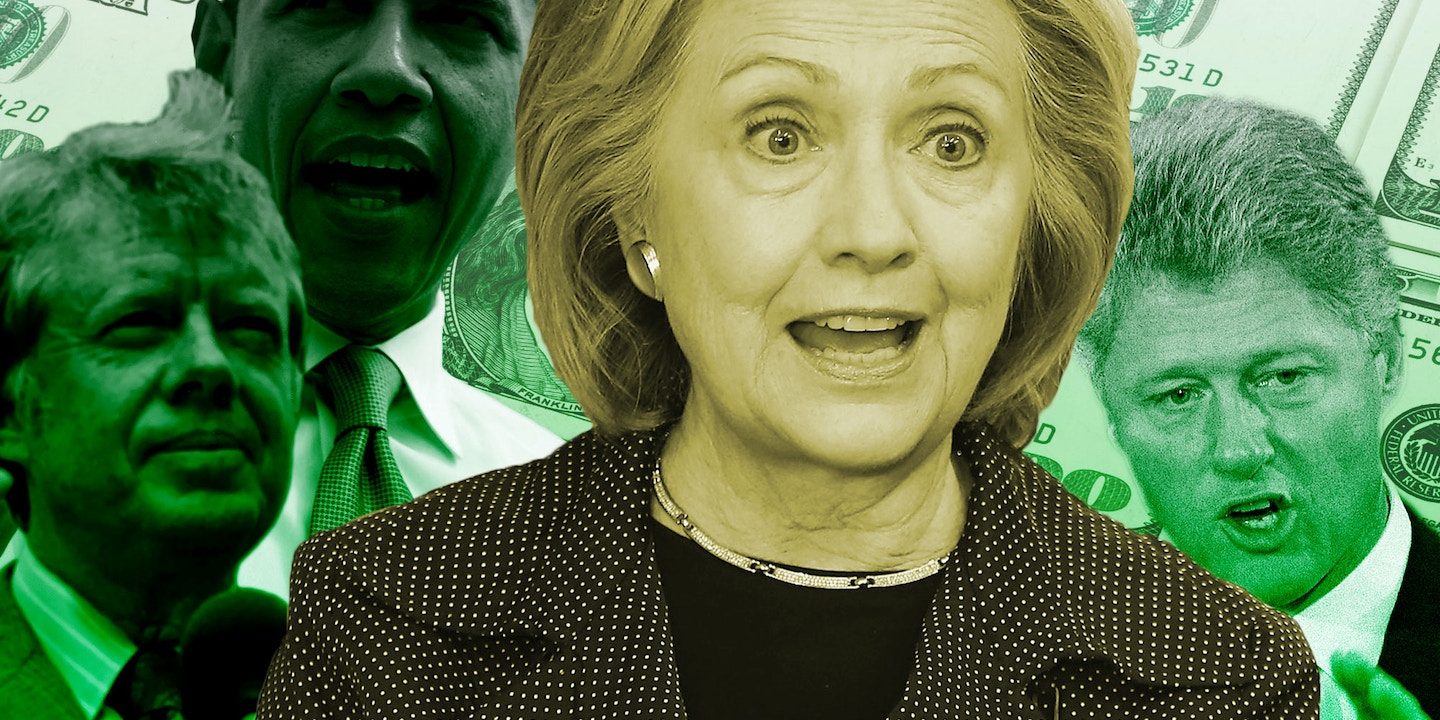 On April 14 at an Iowa community college, Hillary Clinton declared that campaign finance reform will be one of the “four big fights” of her presidential campaign:

We need to fix our dysfunctional political system and get unaccountable money out of it once and for all, even if that takes a constitutional amendment.

And maybe she means it! Maybe she’ll get elected and battle every second of her presidency to make sure the billionaires and hedge funders now backing her never have any influence in politics ever again. Maybe.

But before you set your heart on that, here are the three last winning Democratic presidents and their platforms, all saying pretty much exactly the same thing.

I am in this race to tell the corporate lobbyists that their days of setting the agenda in Washington are over. … They will not drown out the voices of the American people when I am President.

We support campaign finance reform to reduce the influence of moneyed special interests, including public financing of campaigns combined with free television and radio time.

We’ve come a long way. We’ve got one more thing to do. Will you help me get campaign finance reform in the next four years?

It is time to take the reins of democracy away from big money and put them back in the hands of the American people, where they belong.

We will … [e]nact strong campaign reform legislation that caps spending on Congressional campaigns: slashes political action committee (PAC) contributions to the individual legal limit of $1,000; and lowers the cost of air time so that TV becomes an instrumentation of education, not a weapon of political assassination.

It’s time to reform the campaign finance system, to get big money out of our politics and let the people back in. We must limit overall campaign spending and limit the disproportionate and excessive role of PACs.

Too often unholy, self-perpetuating alliances have been formed between money and politics, and the average citizen has been held at arm’s length.

The Democratic Party has led the fight to take the presidency off the auction block by championing the public financing of presidential elections. The public has responded with enthusiastic use of the $1 income tax checkoff. Similar steps must now be taken for congressional candidates. We call for legislative action to provide for partial public financing on a matching basis of the congressional elections, and the exploration of further reforms to insure the integrity of the electoral process.

Legally speaking, of course, past performance is no guarantee of future results.