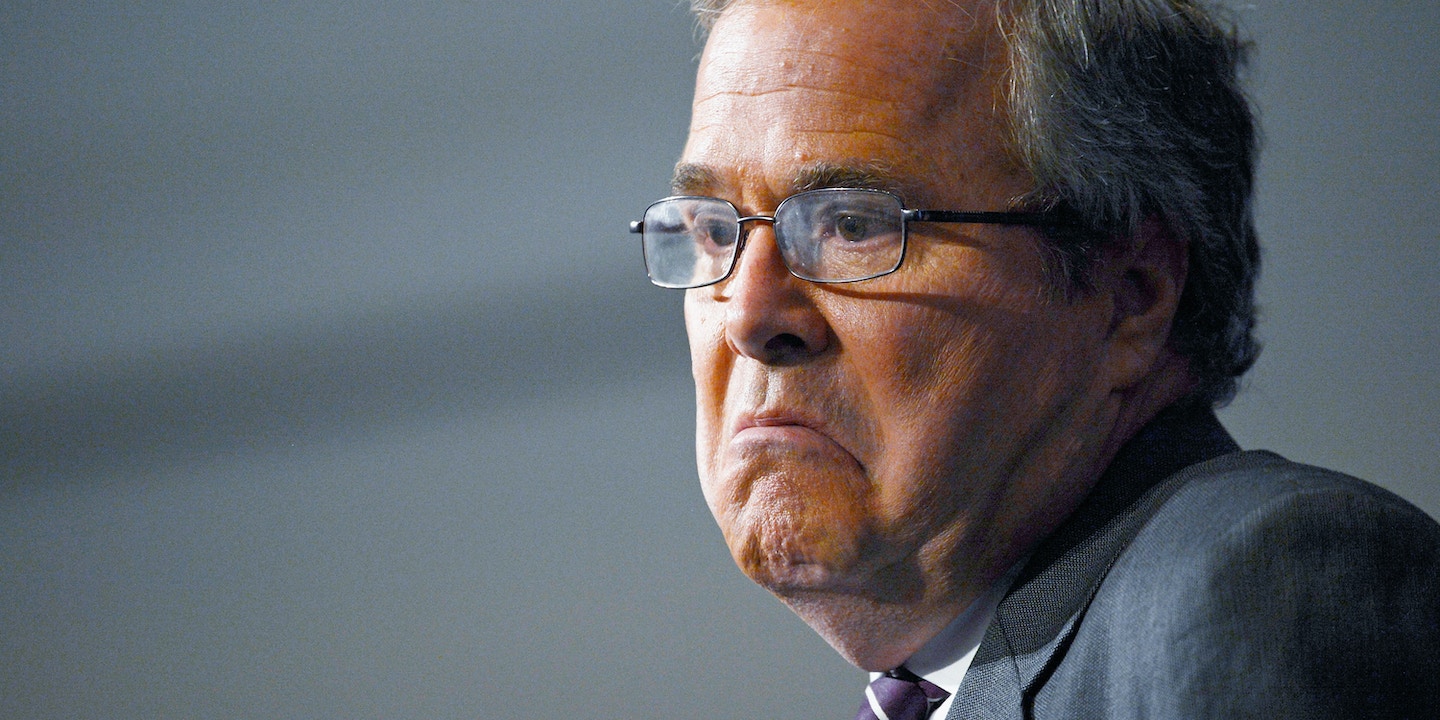 Former Gov. Jeb Bush has spent much of the year raising money for his Super PAC, called Right to Rise, without disclosing his donors.

He doesn’t have to — Bush’s Super PAC and traditional PAC are on a semi-annual reporting timeline, meaning they have until mid-July to file public campaign finance reports. Clues from a variety of sources, however, provide a preview of his donors, who include major leaders in technology, business and lobbying.

Agents for foreign governments fall under special transparency rules, meaning several have already had to disclose their donations in filings with the Justice Department. Ignacio Sanchez, a former trade official for President George W. Bush, is a lobbyist for Saudi Arabia. Sanchez gave $5,000 to Right to Rise on February 17, the same day that George Salem, another lobbyist retained by the Saudi government to influence American policy, gave the group $10,000. A day later, former Sen. Don Nickles, R-Ok., now a lobbyist for Wal-Mart, ExxonMobil, Taiwan and the Republic of Korea, among other clients, gave $5,000 to Right to Rise.

Although Bush has not named the donors giving to his PACs, certain donors, including state-level PACs, are obligated to disclose on a different schedule. These disclosures show that Florida politicians have dipped into their own campaign funds to support Right to Rise. The Florida Conservative Leadership Fund, associated with state Rep. Dana Young, R-Tampa, gave $5,000 to Bush’s Super PAC in February. Among other Florida PACs, Growing Florida’s Future chipped in $25,000, Liberty Florida gave $5,000, and the Treasure Coast PAC gave $1,000.

Right to Rise donors also include longtime Republican moneymen in Florida like Mel Sembler, a real estate tycoon who fundraised for Jeb’s father and brother, and is also known for bankrolling anti-marijuana advocacy.

Right to Rise events provide another way of identifying Super PAC donors — through their hosts. Right to Rise has held fundraisers, with some asking for as much as $100,000 at the door, at a breakneck speed. In New York, private equity heavyweights Lewis Eisenberg and Henry Kravis sponsored a fundraising dinner for Bush. In the Bay Area, venture capitalists Bill Oberndorf and Bill Draper have hosted Right to Rise events. At the Right to Rise’s luncheon in San Francisco in early April, we identified Ron Conway, an investor to Twitter and Facebook, making his way into the event.

A major fundraiser in Washington, D.C., was hosted in part by a number of corporate lobbyists, including Microsoft’s Ed Ingle and the U.S. Chamber of Commerce’s Tom Collamore, according to an invitation. The Sunlight Foundation hosts an invaluable database of such invitations.

Right to Rise’s July campaign report will also reveal how the committee has spent its funds.

When the full data is released in July, some expect the entire haul to rise to as much as $100 million. But Bush, who will reportedly announce his candidacy on June 15, also maintains a 501(c)(4) campaign entity also known as Right to Rise. This vehicle allows sensitive donors to give unlimited amounts to Bush’s campaign without ever being disclosed.