David Graeber and the Bureaucratic Utopia of Drone Warfare 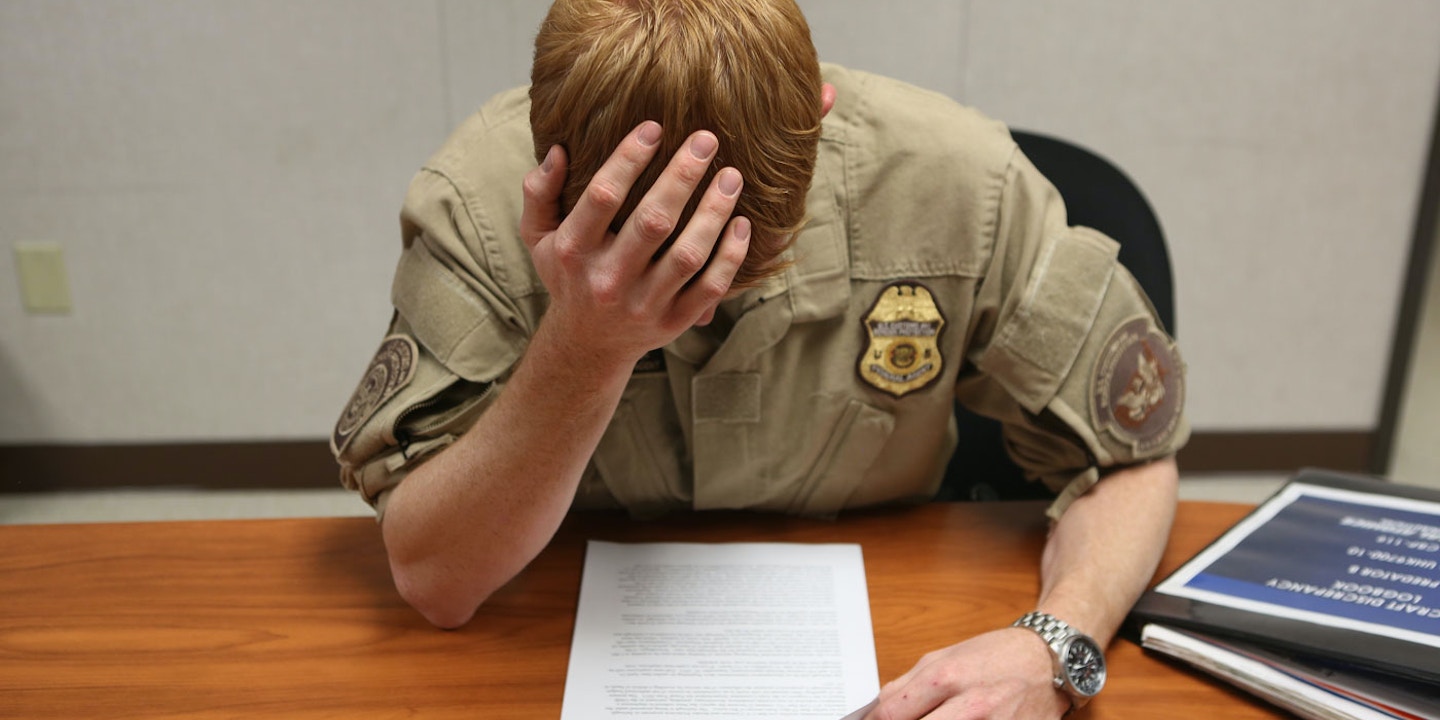 It takes a lot of bureaucracy to kill with a drone.

Intelligence on potential targets must pass through layers of offices at the Pentagon or CIA before ultimately making their way to the president. A target must meet a set of criteria, outlined by White House lawyers in classified memos, that rely on opaque and uncommon definitions of words like “imminent,” “continuing” and “threat.” Permission to take the actual shot then proceeds through a military chain of command that involves remote operators manning the controls and officials of various stripes watching via video feed.

This bureaucratic process conveys the idea that the messy local politics of Yemen or Pakistan can be navigated from afar in a clinical way that results in the flawless (or nearly flawless) elimination of  terrorists. In covert wars in confusing places like these, it seems amazing that a bureaucracy of killing exists at all. The pileup of acronyms and PowerPoints (the favored aesthetic medium of the military), combined with complicated legal systems, are meant to operate as mechanisms of accountability and control over a novel military technology. But amid the euphemisms and flow charts, it’s easy to lose sight of profound questions: Who are we killing? With whom are we at war? Where are we at war? Why?

Of course national security is not the only aspect of American life to be taken over by bureaucracy, as David Graeber makes clear in his lively and compelling book of essays, The Utopia of Rules: On Technology, Stupidity, and the Secret Joys of Bureaucracy. If you want to understand the bureaucratic logic behind all sorts of drones — killer drones, worker drones — Graeber is an impeccable as well as unorthodox source.

Graeber is an anarchist, anthropologist, and cultural critic whose historical tome, Debt: The First 5,000 Years, became required reading for the Occupy Wall Street movement in 2011. It seems natural that, as an anarchist, Graeber would turn his sights on the soul-crushing structures of bureaucracy in both the public and private sector. In The Utopia of Rules, his curiosity ranges across cultural phenomena, from Batman and buddy cop movies to the language of postcolonial Madagascar, the origins of the postal service and the dream of flying cars.

By the late 20th century, Graeber argues, citizens in the great free society of the Unites States had come to spend “ever more hours struggling with phone trees and web interfaces, while the less fortunate spent ever more hours of their day trying to jump through the increasingly elaborate hoops required to gain access to dwindling social services.” Bureaucracy dominates our lives and is, in fact, a defining feature of how the United States (and some European states) project power domestically and across the world.

The proposition that the United States is a nation of bureaucrats grates on anti-government ideals of individualism and self-reliance, Graeber notes. Bureaucrats are supposed to be the antithesis of true Americans. After civil servants died in the Oklahoma City bombing, President Bill Clinton was forced to point out that bureaucrats are “people … just like most of you.” Our reliance on bureaucracy also clashes with a free-market ideology that defines bureaucracy as government red tape. One of President Ronald Reagan’s famous quips was, “The most terrifying words in the English language are: I’m from the government and I’m here to help.”

But the complete interdependence of the U.S. military and the defense industry is a forceful example of how corporations actually love bureaucratic rules that work in their favor. The true definition of the corporate rallying cry in favor of “deregulation” is in fact “changing the regulatory structure in ways that I like,” Graeber writes.

Accompanying the expansion of bureaucracy is an expansion of the use of force, or at least the threat of it, into parts of life that were not previously administered. We might think of police as principally protecting us from violent crime, solving murders and muggings and rapes, but they are mainly occupied in enforcing disputes over property and non-violent behaviors. “Bureaucrats with guns,” as Graeber puts it. He notes that the United States became a world power as it built up international administrative and enforcement bodies like the United Nations, the World Bank, NATO, and the World Trade Organization; global bureaucrats with mandates in addition to guns.

“The legal order, and hence the zones where state violence is the ultimate enforcer of the rules, has expanded to define and regulate almost every possible aspect of human activity,” Graeber writes.

The “utopia of rules” in the title of the book is twofold. In their ideal form, rules exist to control bad behavior. Even young children create rules for their games because they recognize that play, creativity, and joy can be destructive and arbitrary. Societies create rules to stop the worst inclinations of the mob.

Behind the utopia of rules is a belief in fairness — that the rules are the same for everyone. This, Graeber argues, is predicated on the idea that the system is perfect. He asks, “Is this not what we always say of utopians: that they have a naïve faith in the perfectibility of human nature and refuse to deal with humans as they actually are?”

The problem is that those in power can always interpret or change the rules to their benefit.

Let’s return to drone strikes. The United States argues it has the right to use force almost anywhere in the world under the framework of counterterrorism, a bureaucratic logic that combines the spheres of war and criminality. This is a controversial position internationally, under which the U.S. has killed thousands of “militants” whose threat to the U.S. or connections to al Qaeda are tenuous or unexplained.

And even if one buys the legal argument for the drone campaign, it’s not always clear the White House follows the bureaucratic rules it has set up. For example, when asked about civilian casualties, the White House continually points to President Obama’s May 2013 promise that there must be “near-certainty” that civilians will not be harmed in a drone strike. Then, this April, the White House admitted that hostages had been killed accidentally in a drone strike — including the American Warren Weinstein — casting into further doubt past claims about the quality of intelligence and protection of civilians. Soon after, the Wall Street Journal reported that Obama had secretly waived the “imminent threat” requirement for all strikes in Pakistan. So much for the rules.

We want rules in war because there is a spectrum of horrible in warfare that rules can diminish. But it’s a strange situation — due to the overwhelming secrecy of the national security sphere, rules and guidelines tend to be easier to obtain than details of any particular case, which means we often don’t know if the rules are being followed or if they work. We know the process but not outcomes.

I’ve been among reporters pushing for more transparency from the White House on civilian deaths in drone strikes. This isn’t about transparency as an end in itself. Access to more government information about particular cases might help with obtaining restitution and challenging the official version of events — and the general idea that the bureaucracy that’s been established actually works.

Bureaucratic systems aspire to be regarded as “neutral social technologies,” Graeber notes, just a means to an end. But he doesn’t believe bureaucracy is actually neutral: he thinks it stymies creativity and, under the cover of neutrality, preserves the advantages of the powerful by dominating the weak. He’s onto something. As we have seen with drone strikes, spying by the National Security Agency, and detainee torture by the CIA, laws and rules are not always obeyed, and they can be designed or twisted to authorize horrendous things.