Donors to Congressman’s Fundraiser Vie For a Maserati 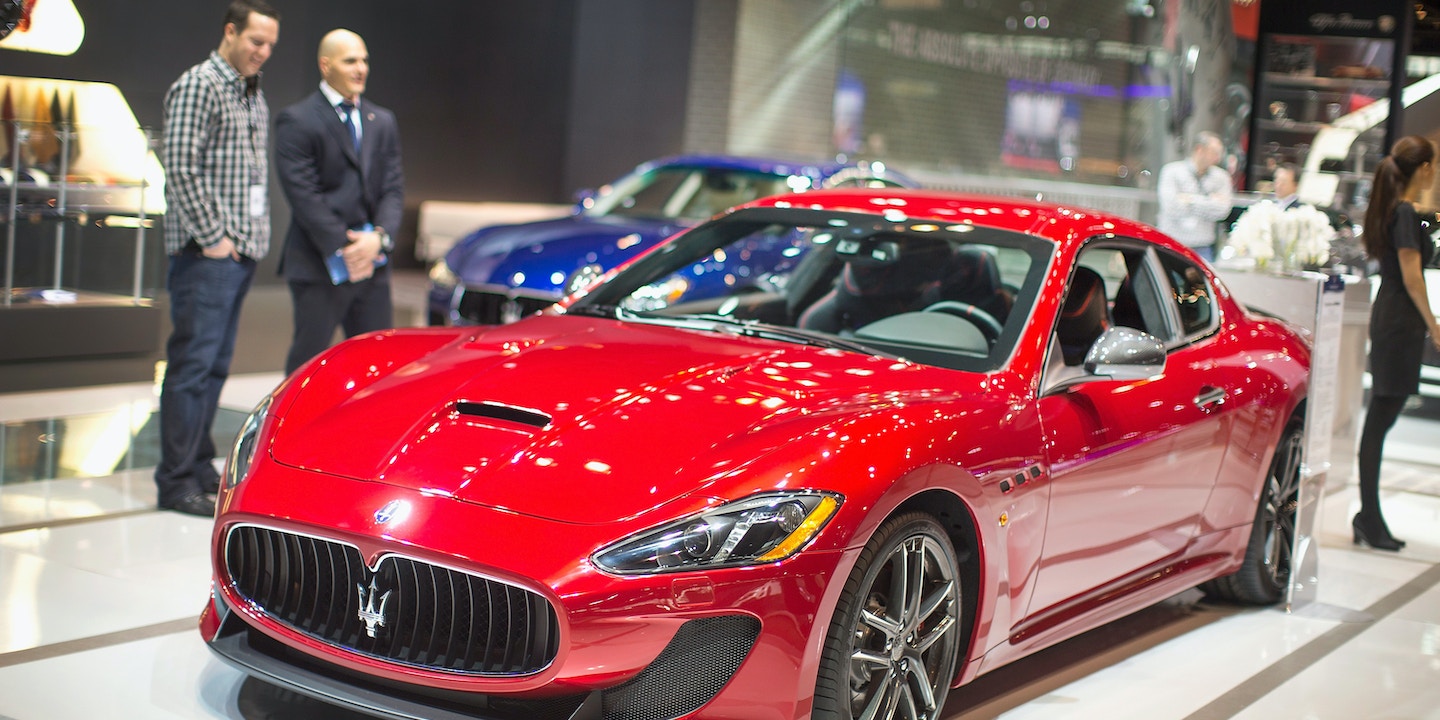 Give money to your local congressman, get a chance to win a two-year lease on a Maserati? That’s the proposition for an upcoming fundraiser for Rep. Scott Rigell, R-Va.

As election costs continue to climb, lawmakers spend more and more time asking for money for their reelection campaigns. A leaked “model schedule” for House Democrats a few years back encouraged members to spend at least four hours a day on the phone asking for donations. And with a fairly limited pool of mostly wealthy donors willing to give thousands of dollars to candidates, lawmakers are getting creative in luring deep-pocketed Americans.

The invitation sent to me by an Intercept reader shows that Rigell’s 5th Annual “Patriot Golf Classic,” scheduled for June 30, asks donors to give between $250 and $2,700 to participate in the tournament. And a donor who gets two hole-in-ones on par 3 holes gets a special prize: “a 2-year lease on a Maserati or Mercedes!”

And every donor gets face time with the congressman.

It may seem like a natural fit for the congressman. Rigell’s father-in-law helped him launch his first car dealership, a venture that Rigell eventually expanded across Hampton Roads. Last November, the congressman announced his plan to sell off his majority stake in the company, Freedom Automotive.

Maureen McDonnell, Rigell’s fundraiser, would not say who would contribute or pay for the lease, should there be a winner, but said that such prizes are “completely commonplace around here.” Other lawmakers have offered similar golf tournament prizes for donors, she said.  “There’s nothing magical about this. I don’t want to use a golf pun but it’s par for the course.”

Who is paying for it is an important question, however, said Adam Smith, communications director for Every Voice, a campaign finance reform group. “If it’s the campaign, they’re going to have to do a lot of dialing for dollars to break even. If it’s an individual or a car dealership then a possible violation of contribution limits comes into play,” he said. The high value of the car could constitute an in-kind contribution that goes beyond limits set in place by the Federal Elections Commission, he said.

And the winner of the Maserati lease could be saddled with an IRS tab. As National Journal recently reported, as political campaigns have offered high value sweepstakes-style gifts to donors, in some cases, winners were asked to pay taxes on their prizes.