Marathon Bomber Dzhokhar Tsarnaev: “I Am Sorry for the Lives That I Have Taken” 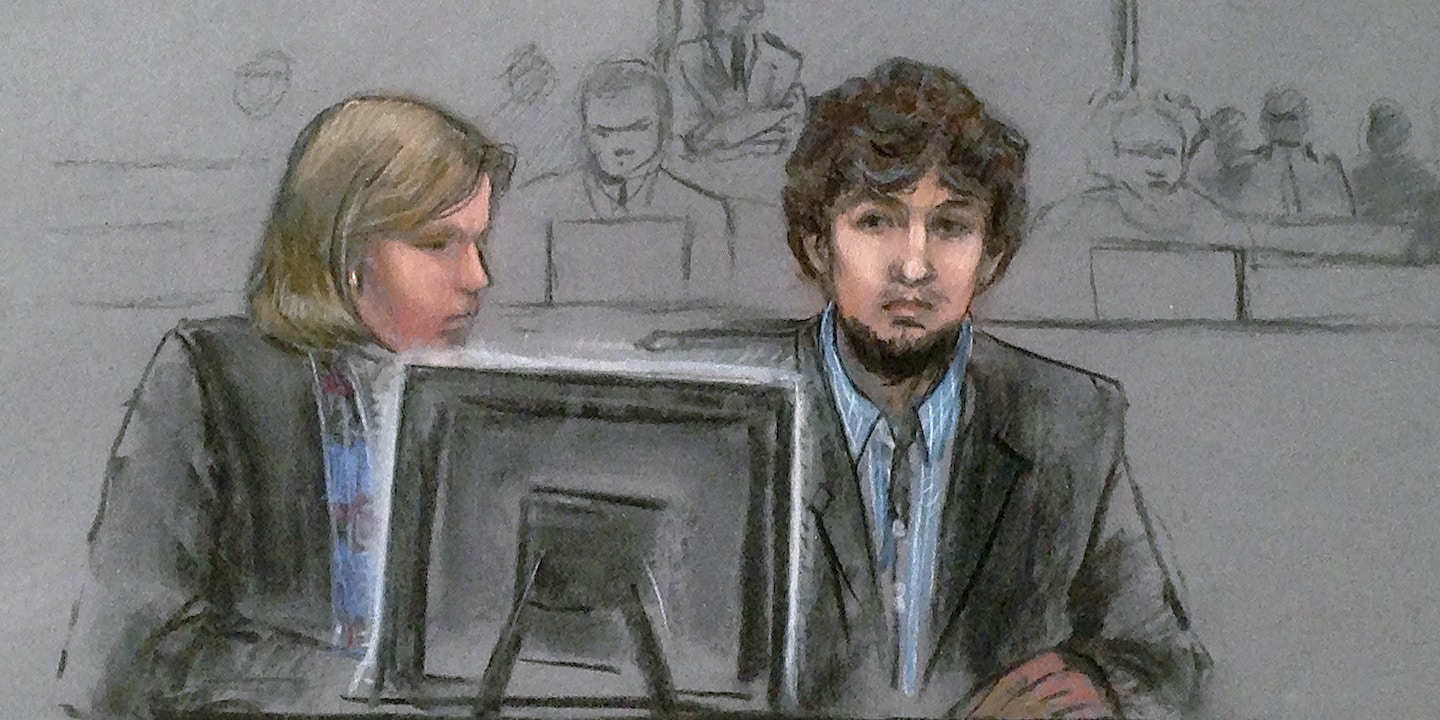 At his formal sentencing hearing on Wednesday, convicted Boston Marathon bomber Dzhokhar Tsarnaev gave his first and only public statement since the start of his trial.

Tsarnaev began his remarks at the John J. Moakley Courthouse in Boston by thanking his lawyers and the jury for the time they had spent on his case. He noted that it was the Muslim holy month of Ramadan, “the month of mercy … the month of forgiveness,” before expressing remorse for the bombings in a short, emotional statement.

“I would like to now apologize to the victims and to the survivors,” Tsarnaev said, his voice audibly choking with emotion. “Immediately after the bombing that I am guilty of … I learned of some of the victims, their names, their faces, their ages. I was listening as all these people testified,” he said.

“I am sorry for the lives I have taken, for the suffering that I have caused you, for the damage I have done, irreparable damage.”

Tsarnaev ended his statement by telling the court that he was a Muslim and that he prayed to God for mercy for his and his brother’s actions, as well as to heal the pain of his victims. “I pray to Allah to bestow his mercy on you. … I pray for your relief, for your healing, for your well-being, for your health.”

His remarks came in marked contrast to those made by his family members during the course of the trial, particularly his mother, which helped inflame public opinion around the case and sparked debate about whether Tsarnaev, who did not testify at trial, felt remorse for the bombing. His defense counsel also revealed that Tsarnaev had offered to plead guilty and issue a statement of remorse in exchange for a life sentence as early as October 2013. This offer had been declined by the government as it pressed for a death sentence in his case.

Tsarnaev’s statement came at the close of a day filled with emotional statements from those who were injured or lost loved ones in the 2013 bombing. Bill Richards, the father of 8-year-old Martin Richards, who was killed in the bombing, gave a brief statement earlier in the day that Tsarnaev “could have stopped his brother,” but that “he chose hate, he chose destruction, he chose death.”

Richards, who along with his wife wrote an op-ed in the Boston Globe in April opposing the death penalty for Tsarnaev, reiterated his opposition to the sentence. “We prefer he have a lifetime to reconcile himself with what he did that day,” Richards said.

In his closing remarks, delivered immediately after Tsarnaev’s statement, U.S. District Judge George O’Toole addressed Tsarnaev directly. “When people remember you, they will remember only the evil you have done,” the judge said. “No one will remember that your teachers were fond of you, that you were funny, a good athlete.”

O’Toole concluded his remarks by saying that Tsarnaev believed in a “cruel God,” which could not be “the God of Islam.” He then asked Tsarnaev to stand, before formally stating: “I sentence you to the penalty of death by execution.”