There are few things that bring Democratic and Republican leaders together these days, but one of them is an abiding devotion to multinational corporations. 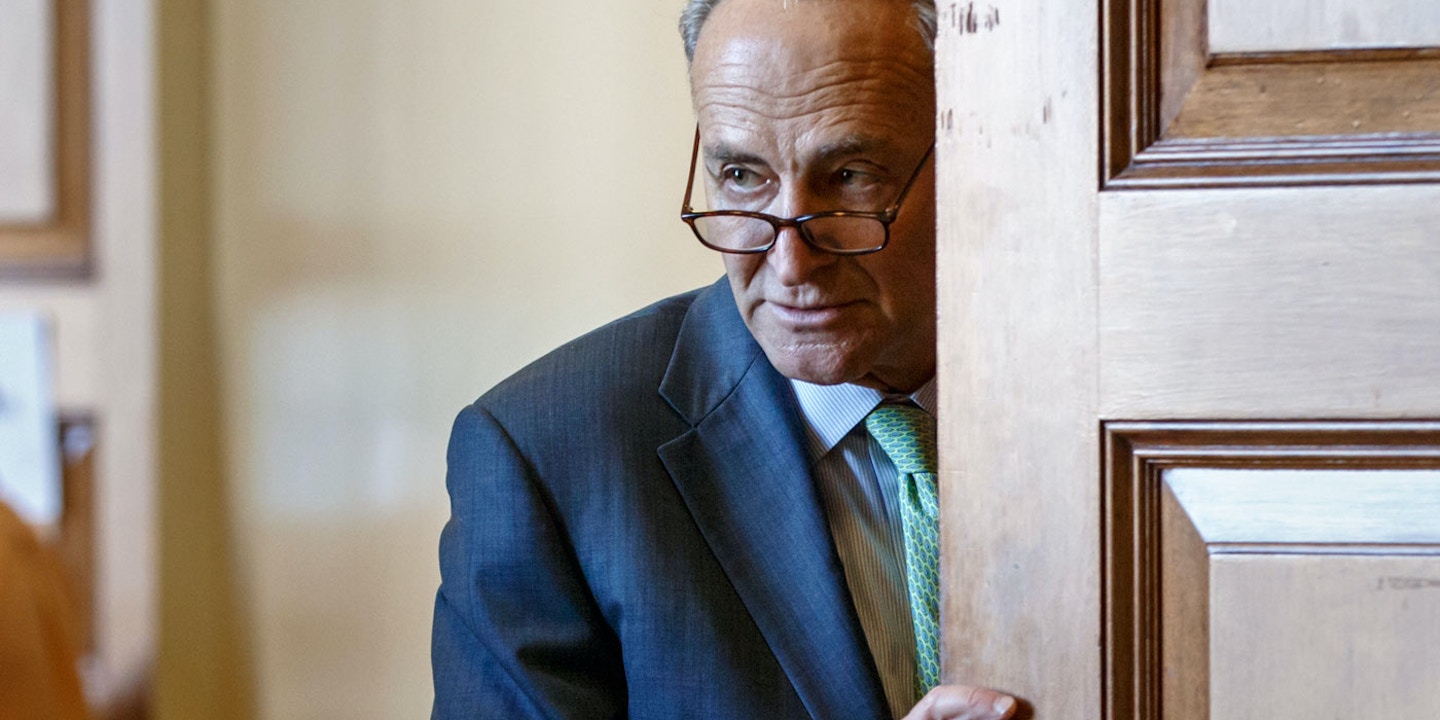 Sen. Chuck Schumer, D.-N.Y., and Sen. Rob Portman, R-Ohio, have just proposed a plan that would give those corporations something they’ve always wanted: a so-called “territorial” tax system in the U.S.

A territorial tax system would only tax U.S.-based multinationals on their profits earned within the United States — which sounds like it makes sense, except that it’s incredibly easy for big corporations to use financial trickery to sell to a big market like the U.S. but say their profits were earned in another country. Another country that always happens to have a much lower tax rate than here. For instance, in 2010 U.S.-based multinationals claimed that so much of their profits were earned in Bermuda that these profits were 1578 percent the size of Bermuda’s economy.

According to the current law, though, U.S.-based corporations are taxed on those profits at U.S. rates if they ever bring these profits back home. So they just leave them overseas — right now they have about $2.1 trillion stashed in other countries.

The Schumer-Portman plan would impose a tax on corporate profits purportedly earned in other countries whether they came back to the U.S. or not. But it would do so at a far lower rate than the current standard corporate tax rate of 35 percent — President Obama has proposed 14 percent, and while Schumer and Portman haven’t come up with a specific number, Portman says 14 percent is much too high.

The obvious consequence if the Schumer-Portman scheme becomes law is that businesses based solely within the U.S. would be at a permanent disadvantage. Multinationals could earn profits in the U.S., get their armies of lawyers and accountants to make these profits appear to have been “earned” in the Cayman Islands, and get taxed at the overseas profit rate. Meanwhile, purely domestic companies would either have to pay the higher domestic rate, or turn into multinationals themselves.

This would be good for the U.S. overall, given that we’re a huge market that accounts for a large proportion of most multinationals’ sales. It would be good for domestic business, making it possible to raise the same amount of revenue at a lower corporate tax rate. And it would make companies compete based on who made the better product, not who has the better lawyers and accountants. But it would make it far more difficult for multinational corporations to play governments off each other and evade taxes, so don’t look for it anytime soon.