ACLU Sues to Stop Bulk Phone-Data Collection, Even if it’s Only Temporary

The nation’s secretive surveillance court should not have reinstated the NSA’s bulk collection of Americans’ phone call data even temporarily, because an appellate court ruled that the program was illegal in May, the American Civil Liberties Union argued in a lawsuit filed on Tuesday. 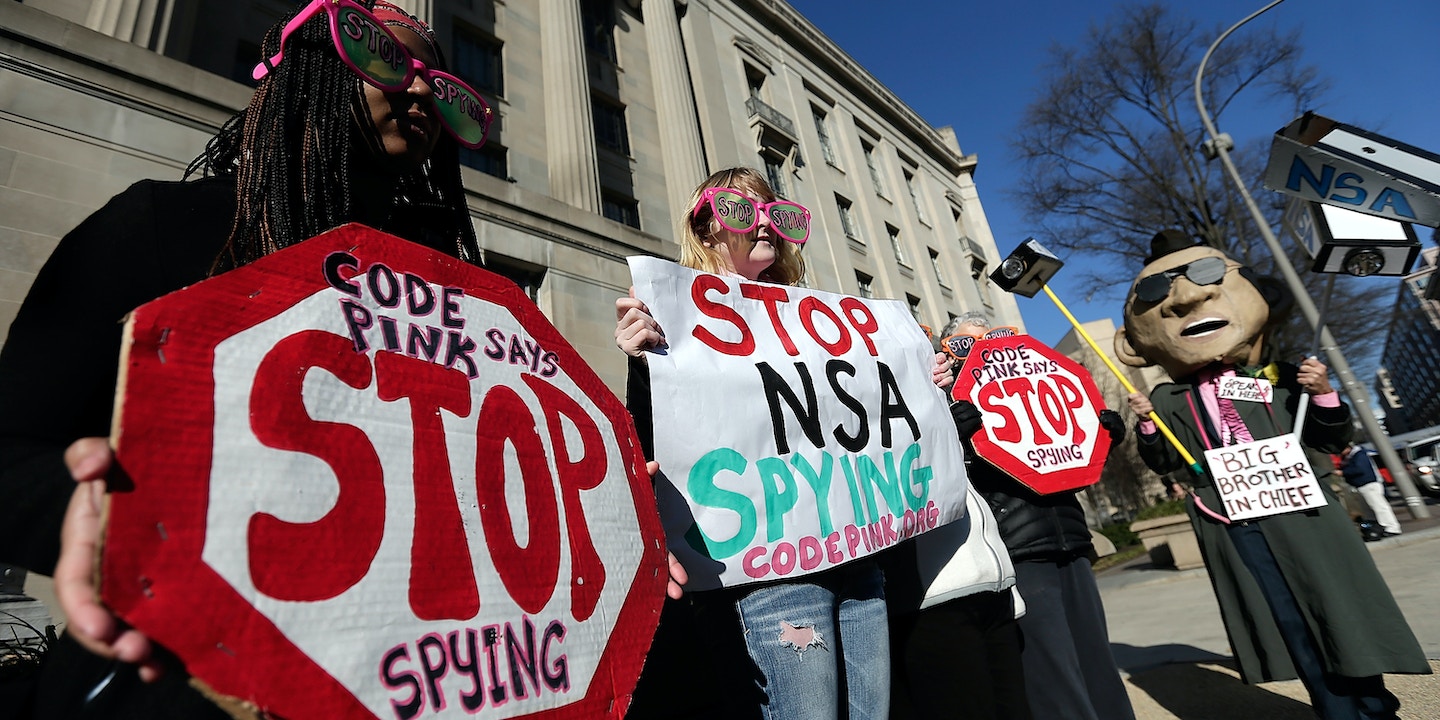 The nation’s secretive surveillance court should not have reinstated the National Security Agency’s bulk collection of Americans’ phone call data even temporarily, because an appellate court ruled that the program was illegal in May, the American Civil Liberties Union argued in a lawsuit filed on Tuesday. The suit asks the appellate court to overrule the secret court and enjoin the program immediately.

The Second Circuit Court of Appeals ruled on May 7 that the NSA program that vacuumed up domestic metadata relating to all American phone calls — who was calling who, when and for how long — was illegal, and that Congress did not intend Section 215 of the Patriot Act to authorize the government to instate such a wide dragnet. Information about every single American’s phone call behavior is not “relevant to an authorized investigation,” the court concluded.

Congress let the spying program lapse by failing to renew it before its June 1 expiration date. Then, when reform legislation passed the following day, Congress called for the massive spying program to end — but with a grace period.

The Foreign Intelligence Surveillance Court then ruled that the bulk surveillance, first revealed by NSA whistleblower Edward Snowden two years ago, could be resumed for five months.

But in a motion filed on Tuesday afternoon, the ACLU and its New York branch argue that the NSA is twisting the court’s words, and that bulk collection must be ended immediately because it has been, and continues to be, illegal.

Abdo argued the case before the Second Circuit,  where a three-judge panel ruled the program illegal —  but noted that Congress was going to reassess the law soon. It did not issue an injunction.

The USA Freedom Act, passed on June 2, requires the NSA to get a specific warrant in order to obtain call records or metadata from communications providers — starting on Nov. 29.

Anticipating questions about the Second Circuit decision, the surveillance court judge explained in his ruling that only a higher court could tell him what to do: “Second Circuit rulings are not binding on the FISC, and this court respectfully disagrees with that Court’s analysis, especially in view of the intervening enactment of the USA Freedom Act,” wrote Judge Michael Mosman in the court order.

The ACLU took issue with that. “This dragnet surveillance program should never have been launched, and it should certainly be terminated now,” Jameel Jaffer, deputy legal director of the ACLU, said in a statement. “Not even the government contends anymore that the program has been effective, and the Second Circuit has already concluded that the program is illegal. It’s a needless and unlawful intrusion into the privacy rights of millions of innocent Americans.”

Photo of protesters in January 2014 by Win McNamee/Getty Images