Iranians’ View of the Nuclear Deal: Optimistic, With Significant Caveats

The exclusion of Iranian voices from U.S. media coverage has distorted how Iran is perceived, depicting its citizens as primitive, irrational, apocalyptic religious fanatics. 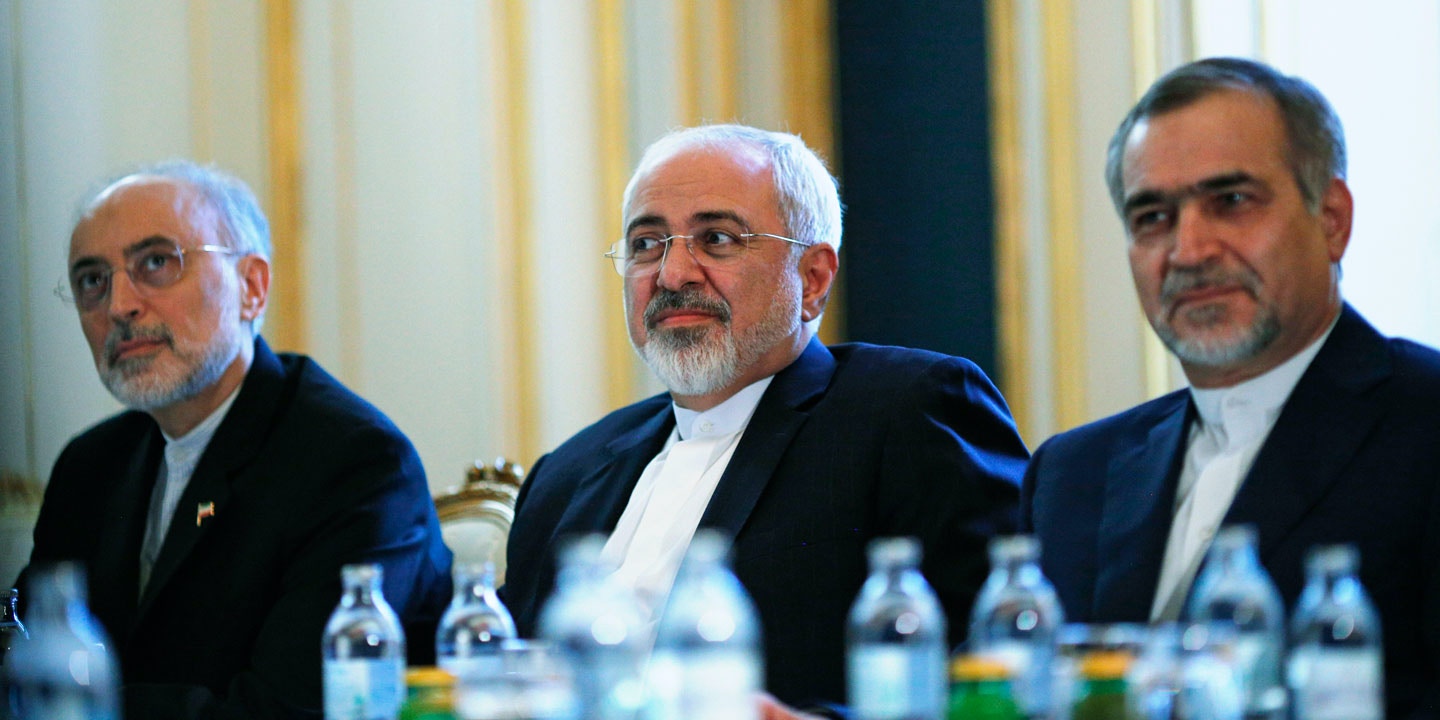 U.S. media coverage of the Iran deal is, as usual, overwhelmingly focused on American and Israeli voices, with the hardliner fanatics in each country issuing apocalyptic decrees, insisting that the deal is far too lenient on Iran and provides it with far too many benefits. Though largely excluded from U.S. media discussions, there is also substantial debate among Iranians about the virtues of the deal, with most viewing it positively due to the economic benefits it is expected to provide, but with many holding the view that it unfairly impinges on Iranian sovereignty in exchange for very few legitimate concessions.

The optimistic Iranian view is grounded in the expectation that the deal will usher in a normalization of relations between Iran and the West, lifting both the sanctions regime and the threat of war. That view was expressed by the ringing endorsement from National Iranian American Council President Trita Parsi, who proclaimed that “diplomacy has triumphed and war is off the table. The United States and Iran have turned the tide on decades of enmity and instead have secured a nuclear deal that promises a better and brighter future.” He added that “we now know that the U.S. and Iran need not remain hostile enemies, but can interact with each other to achieve shared interests.”

But much Iranian public opinion, while positive, is more nuanced and guarded. Hooshang Amirahmadi, an Iranian-American professor of international relations at Rutgers University (who was one of the individuals targeted for NSA spying), has devoted most of his career to advocating for a normalization of U.S./Iran relations and the lifting of the sanctions regime. To the extent this deal accomplishes that, he said today in an interview with The Intercept, he supports it, though if it ends up confined only to nuclear issues, “then it will be very bad for both countries.” Amirahmadi added that the mood in Tehran is, in general, “very happy.” Ordinary Iranians, he said, “obviously like what has happened” primarily because “they expect money to arrive, which will help the economy and create jobs.”

But he noted several critical caveats. To begin with, expectations among ordinary Iranians are very high: They expect substantial economic improvement, and if that fails to materialize, Amirahmadi sees a likelihood of serious political instability, which “could go in a terrible direction for Iran.” He pointed out that for many years, the Iranian government has, with some good reason, blamed the U.S., Europe and their sanctions regime for the economic suffering of Iranians. “They no longer have that pretext, which means they have to deliver,” he said. He argued that the 1979 revolution was driven primarily by the Shah’s devotion to distributing wealth to a tiny elite at the expense of most Iranians, and that any repeat of that with this new flow of money would exacerbate wealth inequality even further and risk serious domestic unrest.

A similar point was made by Alireza Haghighi, a political science PhD from Tehran University and professor at the University of Toronto. He told The Intercept that the prime driver of the deal from the Iranian side was economic mismanagement during the presidency of Mahmoud Ahmadinejad, which weakened the Iranian economy to the point where it could no longer sustain sanctions. “Had it not been for that,” he said, “sanctions could have been managed and no deal would have been necessary.”

As for outright Iranian opposition to the deal, Professor Amirahmadi said that it was largely confined to “conservatives,” by which he means “fundamental Islamists who are now the only real hardcore nationalists in the country.” But he also said that deal opponents “have some valid points.” For one, Iran (unlike Israel) is a member of the Nuclear Non-Proliferation Treaty (NPT), and as such has the absolute right to enrich uranium at any level; “there’d be no reason to join the NPT except to get that right, so the fact that this deal ‘lets’ Iran do what they already had the right to do, at lesser levels, is not really a ground for celebration,” he said. He also pointed out that “the money that will flow to Iran under this deal is not a gift: this is Iran’s money that has been frozen and otherwise blocked.” As a result, he said, the hardliners have a valid objection to viewing these provisions as real concessions.

Leading Iranian government critics seem to view the deal quite favorably. Hadi Ghaemi of the International Campaign for Human Rights in Iran is a harsh government critic, but told The Intercept this morning that the deal is likely to alleviate economic suffering among ordinary Iranians.

While he foresees positive outcomes for the country, he said that in the immediate aftermath, “there may be short-term backlash in the form of domestic repression or the flaring of minor conflicts with the U.S, because the state has built its entire identity and official ideology on the idea of countering American imperialism.” Nonetheless, “the center of gravity is moving towards being pragmatic and engaging once again — the anti-imperialism and confrontational attitude has lost its pull on the people, even those who took part in the revolutions, and has lost all content over the years.” He added that “Iran is never going to become a real ally or friend of the U.S, but inside the country people say that the same way that China has both economic cooperation and strategic and political rivalry with America, this is what we should also strive for.”

There are some notable exceptions, but the general exclusion of Iranian voices from establishment U.S. media coverage, whether by intent or otherwise, has had a very distortive effect on how Iran is perceived, allowing its citizens to be depicted as primitive, irrational, apocalyptic religious fanatics. While that caricature arguably applies to the U.S.’s closest allies in the regime, and to some of the most extremist Iranian (and Israeli and American) fringes, it is wildly inapplicable to Iran as a whole.

The youth literacy rate in Iran is 98.7 percent, as compared to 82.4 percent in Iraq, 70.8 percent in Pakistan, and 89.3 percent in Egypt. Enrollment in tertiary education is only two percentage points below that of Germany, the U.K. and France. Iran’s Human Development Index is far ahead of most of its neighbors. As Elahe Izadi explained last year in the Washington Post, “being a highly educated Iranian woman is actually quite normal. Women outnumber men in Iranian universities, a trend that started in 2001.” Similarly, Reza Aslan has pointed out that “Iran currently has the highest number of U.S. college alums serving in any foreign government cabinet in the world.” The country’s vice president, Masoumeh Ebtekar, is a woman.

But the silencing of Iranian voices has meant that absurd, ignorant demonizing caricatures like this are the norm: American journalists, who pride themselves on “neutrality” and “balance,” should spend some time considering how much of a platform they give to Israelis and how little they give to Iranians. Whatever one’s views, hearing from Iranians themselves about their own country — rather than relying on Israeli and American critics — is a prerequisite to journalistic fairness.