Some Dude Created an Ashley Madison Account Linked to My Gmail, and All I Got Was This Lousy Extortion Screen

A man with my name somehow created an Ashley Madison account, which — as the latest hack reveals — I am unable to delete without paying. 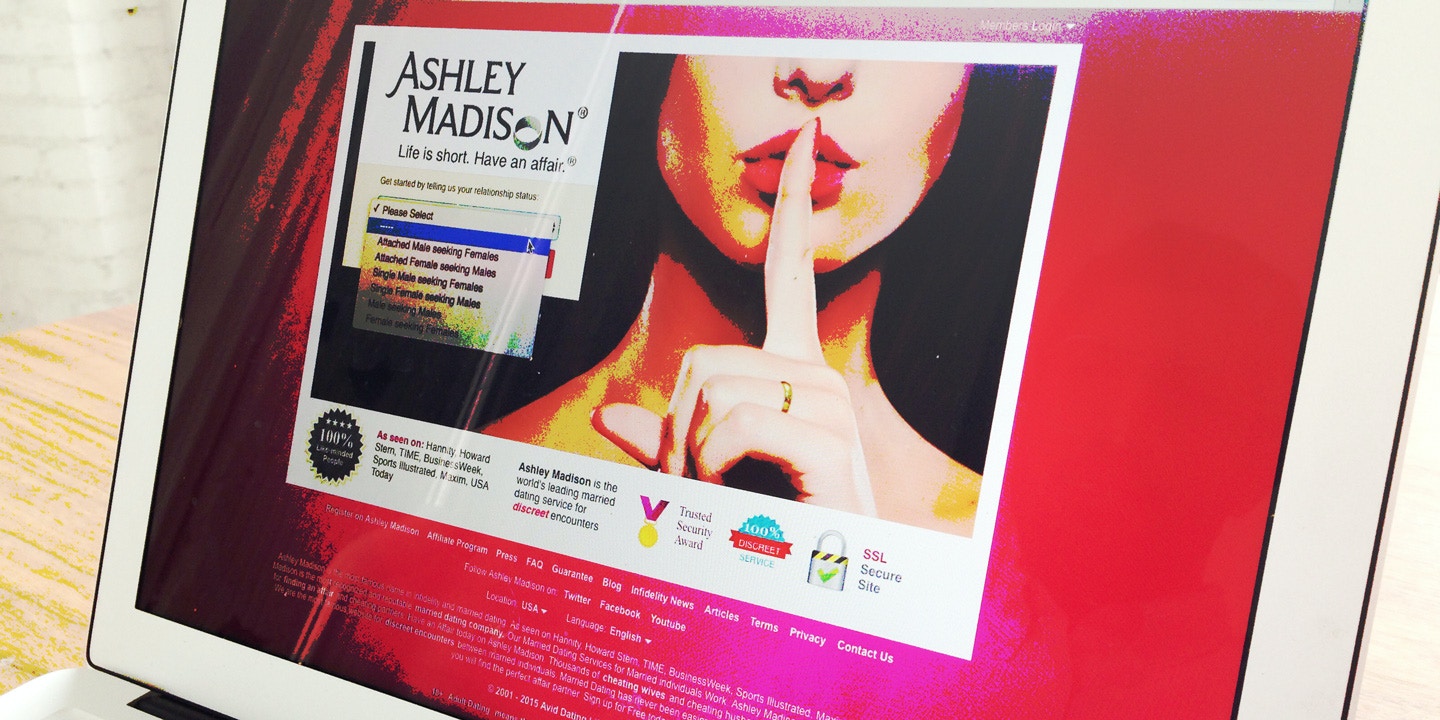 “Life is short. Have an affair.”

That’s the motto of Ashley Madison, a dating site built for cheaters and their friends. It’s just been hacked, exposing the records of 37 million users, at least some of whom are bound to be a little bit edgy when their spouse has a good laugh over the morning coffee, asking who in the world would be stupid enough to input their photo and sexual proclivities on that site. Oh — and then there’s me. I’m on Ashley Madison too. Sort of.

Let me explain. It’s all about the name. If I had a dollar for every time someone called my name “unique,” I’d have enough money for a round-the-world vacation. Farai is actually one of the most common names in the Southern African nation of Zimbabwe, where my father is from, and through immigration is also widely found in South Africa. It’s gender-neutral too. I’ve met and know men and women who share my name.

So when I got a notice from Gmail in June that someone’s account had been linked to mine, asking me to verify or unlink the account, I did the latter. It’s not the first time this has happened. I don’t, frankly, know how unrelated accounts get linked in the first place. Product forums suggest that if someone else uses my Gmail address as his or her “recovery” Gmail address, I will get sent a verification message — but I didn’t save a screen grab, so I’m not 100 percent sure. (A Google spokesperson notes that the word “link” might be “scary,” but that this is just an automated response and does not mean that another person can actually get into my account.) The photo icon of the person who’d linked his account to mine was a late 20s/early 30-something black male. Not trying to be superficial, but he was handsome.

Before I unlinked our accounts, this male Farai created an Ashley Madison account registered to South Africa with the username “faraic.” I began getting welcome emails; and then notices that women, black and white, in Gauteng (the area that includes Johannesburg and Pretoria) had sent me hellos. Since I’m unmarried and single and live in New York, I wasn’t too worried about “my” Ashley Madison account being used for future character assassination. But I did try to delete it. And that’s when things got interesting.

First, simply by going to the welcome email, and the “delete account” link at the bottom, I could actually access the account. This is no longer the case … see proverb about shutting the barn door after the animals have fled in terror of blackmail. Again, I kick myself for not taking more screen grabs. But the one I did take was that when I tried to delete “my” account, I got this: Ashley Madison, which prided itself on discretion, was going to charge me 125 South African Rand — or $10.09 — to fully excise my account details. I now understand this is a bargain, because if I were a U.S. customer the fee would have been $19.

As recent events have made clear, it turns out that the Ashley Madison data breach has a rationale of sorts: anger over the “full delete function.” An individual or group called “The Impact Team,” which very well may have an insider (contractor or employee) connection at Ashley Madison, demanded that the site be taken down and wrote a manifesto including this: “Full Delete netted ALM [Avid Life Media, the parent company] $1.7mm in revenue in 2014. It’s also a complete lie. Users almost always pay with credit card; their purchase details are not removed as promised, and include real name and address, which is of course the most important information the users want removed.”

Let’s just process this for a second. Somewhere between hactivism and the lulz lies the morass where hackers access a site for cheaters and threaten to expose the data because you can’t delete it without paying. I know. Kinda makes your head hurt. “The Impact Team” manifesto also says: “Too bad for those men, they’re cheating dirtbags and deserve no such discretion. Too bad for ALM, you promised secrecy but didn’t deliver. We’ve got the complete set of profiles in our DB dumps, and we’ll release them soon if Ashley Madison stays online.”

Meanwhile, I’m just another Farai — female, American and not cheating on anybody. But I’m troubled by how easy it is for someone with a similar name or username to link his account to mine on Gmail. I wonder what my South African doppelganger is worried about right now.