“If I were a defense contractor, I’d be big time for Lindsey Graham, because I’ve been forward-leaning on rebuilding our military,” Graham says. 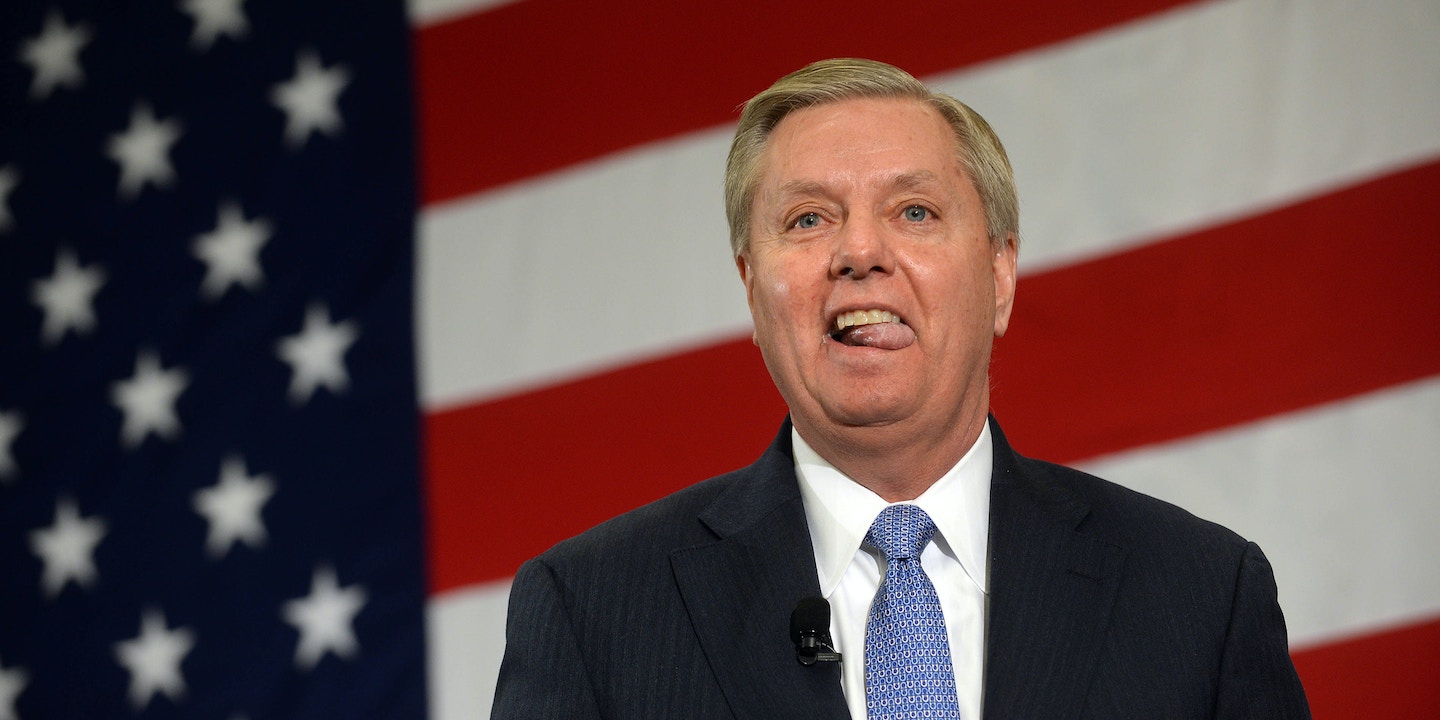 The Super PAC supporting the presidential campaign of Sen. Lindsey Graham, R-S.C., raised $2.9 million through the end of June, a significant portion of which came from defense contractors that stand to gain from Graham’s advocacy for greater military intervention around the world and increased defense spending.

As Graham tours the early primary states, he tells voters that he is running to boost U.S. defense spending. “My goal is to make sure the next president of the United States, the next generation of war fighters have the capability and capacity to do the job required to keep us free,” Graham said in South Carolina earlier this year.

Graham’s Super PAC, called “Security is Strength,” received $500,000 from billionaire Ron Perelman, whose company MacAndrews & Forbes owns AM General, the manufacturer of Humvees and other products for the military. In December of last year, AM General won a $245.6 million contract with the Army.

The Super PAC also received $25,000 from Jeffrey Immelt, the chief executive of General Electric, another major defense contractor. Notably, Graham has been a stalwart proponent of the Export-Import Bank, a federally charted lending institution that has approved $1 billion in loans to GE in fiscal year 2014.

“If I were a defense contractor, I’d be big time for Lindsey Graham, because I’ve been forward-leaning on rebuilding our military,” Graham told USA Today when asked about why defense contractors have been tapped to help lead his fundraising team. “People come to you because of your positions,” Graham added.