This is exactly right, of course, but not really the message the Center for Competitive Politics is paid to communicate. 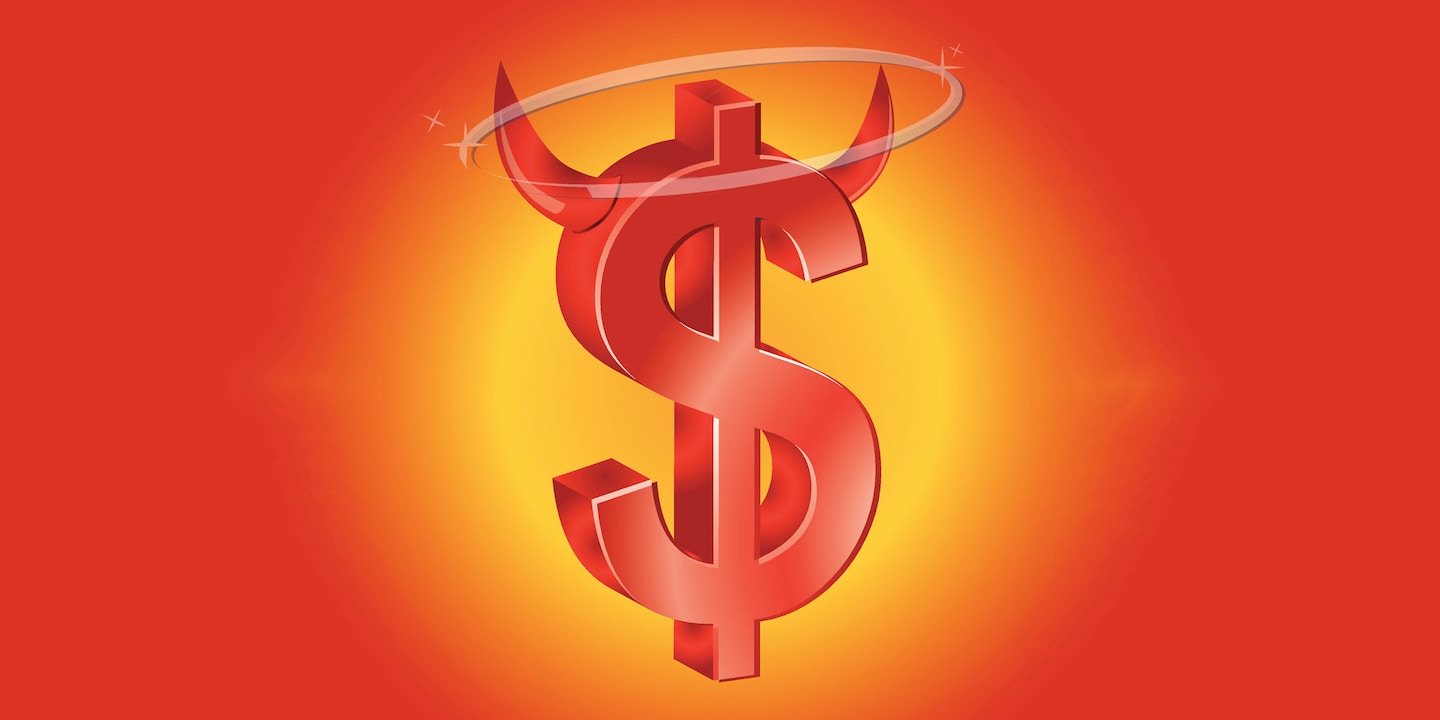 Of the plethora of think tanks in Washington, D.C., one of the most entertaining is the Center for Competitive Politics, which exists to argue that there are too many restrictions on money in politics. No one knows who gives the CCP the money to say this, since the CCP does not disclose its donors and in fact is willing to file a lawsuit to prevent California’s attorney general from finding out (even though she wouldn’t make the information public).

But whoever CCP’s donors are, they’re really not getting their money’s worth, as you can tell from this New York Times story about the fact that only 400 families have provided almost half the funding so far for the 2016 presidential campaign:

“Most start-up operations need an angel investor: someone who believes in the project and the candidate and puts money in to make it viable,” said David Keating, president of the Center for Competitive Politics, which pushes for fewer limits on campaign giving. He said the potential for corruption was minimal.

Man, that “donors = angel investors” metaphor really needs to be taken back to the shop and reworked. Because angel investors, of course, are not literal angels, spreading money for the joy of it — but they are literal investors, who own a piece of the companies into which they put their money. Moreover, because many new companies fail, angel investors need an enormous return on their successful investments — 10, 20 or even 100 times as much money as they put in — to achieve their overall goal of making money.

In other words, the president of the Center for Competitive Politics is telling us that big donors effectively own politicians, and are looking to get a gigantic return on their investment. This is exactly right, of course, but not really the message the CCP is paid to communicate.

Update: August 6, 2015Via email, David Keating said that what he meant by “angel investors” was donors to nonprofits such as the DRK Foundation or Pierre Omidyar, who founded First Look Media, the parent company of The Intercept. (The Intercept is currently in the process of requesting 501(c)(3) public charity status from the IRS.)This usage of “angel investors” is not unheard of, but it is extremely rare. For instance, the Wall Street Journal Complete Small Business Guidebook defines “angel investor” as “a wealthy individual willing to invest in a company at its earlier stages in exchange for an ownership stake.” In an article called “Getting Started with Angel Investing,” Entrepreneur says, “Angel investors give you money. You sell them equity in the company. … You could be giving away anywhere from 10 to more than 50 percent of your business.”Keating also said, “I agree with what Glenn [Greenwald] wrote” in Greenwald’s 2010 analysis of the Citizens United decision, and encouraged me to reread it. I did, and it’s pretty good! You should check it out.