Rising Up Against Police Violence, From the Black Panthers to #BlackLivesMatter

Stanley Nelson’s The Black Panthers: Vanguard of the Revolution is a documentary all Americans should watch to better understand the country’s current racial climate, including the formation of #BlackLivesMatter. 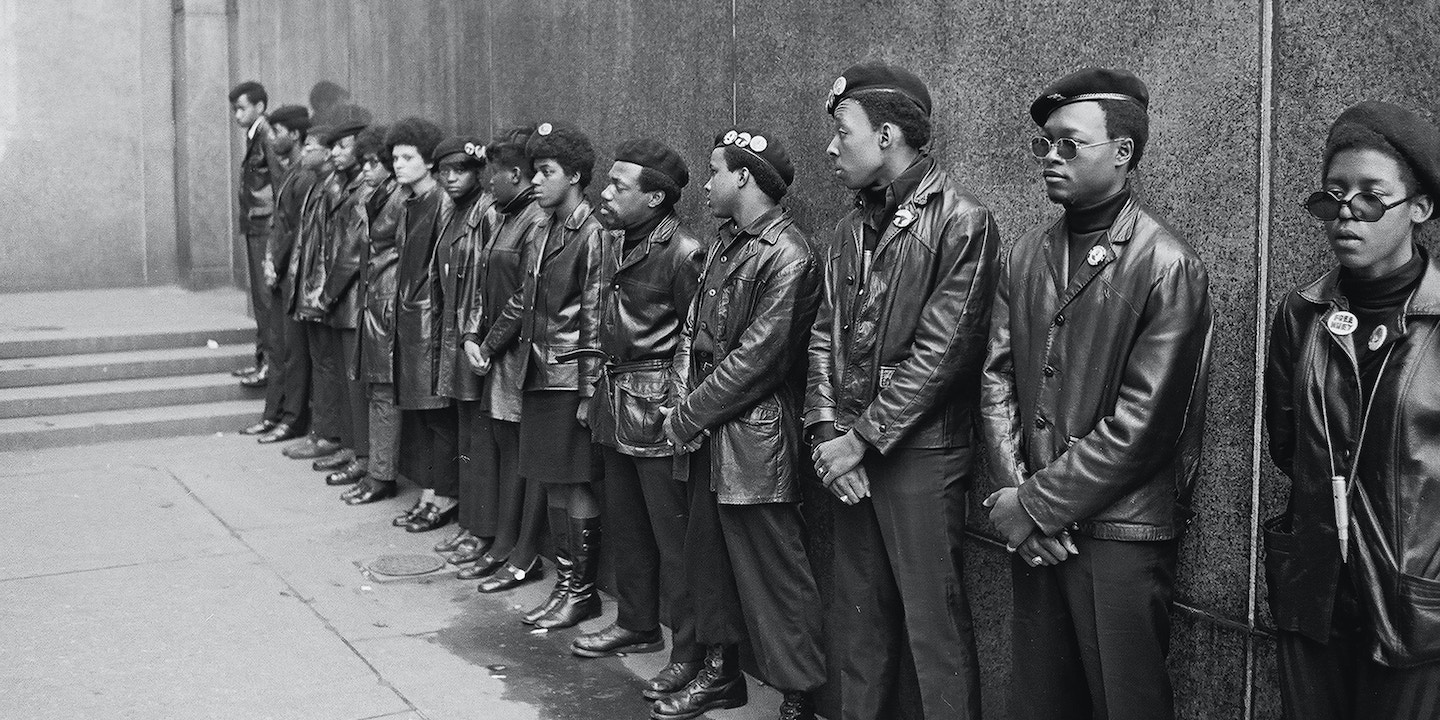 I turned away more than once while watching Stanley Nelson’s documentary The Black Panthers: Vanguard of the Revolution. I averted my eyes from the screen when FBI Director J. Edgar Hoover’s nefarious mug first appeared. I turned away once more when the charismatic and admirable Fred Hampton was first shown, knowing that eventually he would be murdered by Chicago police and federal agents.

But, of course, I could never turn away for long, because Nelson’s documentary is something all Americans should watch to better understand the country’s current racial climate, including the formation of the #BlackLivesMatter campaign.

The hashtag #BlackLivesMatter first entered public consciousness after George Zimmerman’s acquittal, in July 2013, on charges of second-degree murder in the shooting death of Trayvon Martin. Three activists, Alicia Garza, Patrisse Cullors and Opal Tometi, are credited with coining the phrase. Tellingly, it wasn’t until a year later — in August 2014 when a white police officer killed Michael Brown in Ferguson, Missouri — that the hashtag gained greater prominence and morphed into an enduring movement against police brutality.

I write “tellingly” because many black American riots can be traced back to an act of police violence. For black citizens, particularly those who are economically disadvantaged, the police are the most consistent and cruel representatives of the white supremacist state. It makes sense then that the same origin story would be true for the revolutionary Black Panthers, who organized after police killed a black person 49 years ago.

Nelson’s documentary, which he spent seven years making, opens with the organization’s founding in Oakland, California, in October 1966, after the death of Matthew Johnson. Johnson’s death convinced Panthers co-founders Huey P. Newton and Bobby Seale of the need for a different, more proactive black movement. In Newton’s mind it was time for black Americans to defend themselves against police violence.

The Oakland Police Department, like so many today, was notorious for its treatment of black residents. The Panthers, legally armed with guns after Johnson’s death, began following the Oakland police around to monitor their actions. Whenever the police made a stop, armed Panthers were there, ensuring no racist harassment or brutality would take place.

One of the great virtues of Nelson’s film is the opportunity to see rare footage. There’s a clip of John Lennon, dressed in a Boston Red Sox jersey, chatting on a talk show with Black Panthers. And there’s the scene of Bobby Seale, depicted with court sketches and audio, gagged and tied to a chair during a trial because he kept calling the presiding judge a “racist, pig, fascist, liar.”

Given the Panthers’ cultural significance, it’s surprising that The Black Panthers is the first documentary to present a thorough examination of the group. (I omit from consideration the vapid and cartoonish 1995 docudrama Panther.) And the film is replete with information many viewers will find new. Nelson reminds us that one of the first major public displays of black power occurred when the Panthers entered the California legislature in Sacramento, armed with guns. Another surprising detail was that after Hoover declared war on the Panthers in the late ’60s, 233 of 295 domestic covert actions by the FBI aimed at black nationalist groups were directed against the Panthers. Undercover agents infiltrated the group almost from the very beginning. It was also news to me that the first known SWAT raid in American history was against the Black Panthers in Los Angeles, just five days after the notorious assassination of Illinois Black Panther leader Fred Hampton.

The 116-minute film leaves viewers wanting more, however. Nelson barely touches on the subject of Newton’s alleged shooting of a white Oakland police officer during a traffic stop in October 1967. Likewise, Newton’s struggle with a crack cocaine addiction later in life, and his 1989 killing by a drug dealer, receive little attention in Nelson’s documentary.

The film does, however, focus on Eldridge Cleaver, the eccentric Panther who along with Seale and Newton composed the Panthers’ powerful Troika. Some of the most exciting storytelling occurs when the documentary recounts how Cleaver fled the U.S. for Cuba, and then Africa, after being charged with attempted murder following a botched attack on the police. Nelson also focuses on how Cleaver, before his death, renounced his radical past and converted to Mormonism. In 1958 Cleaver was convicted of assault during an attempted rape, though Nelson doesn’t mention it except in passing. But with so much attention given to Cleaver’s antics, Nelson ignores the radical substance of the Panthers.

Former Panther Elaine Brown, writing in the Daily Beast, accused Nelson of “excising from his film the Party’s ideological foundation and political strategies, despite the wealth of published materials articulating the Party’s goals and ideals, reducing our activities to sensationalist engagements, as snatched from establishment media headlines.”

The colorful characters who made up the Panthers may provide a cautionary example for the young activists leading Black Lives Matter. Big personalities and internal conflict helped to tear the group apart, but so too did interference and disruption from the racist FBI. Like the Panthers, Black Lives Matter has struggled with refashioning and expanding its missions. The Panthers began a successful breakfast program in Oakland that gave free meals to young people, and attempted to start black businesses with the hope of constructing an economic foundation for black Americans. Black Lives Matter doesn’t seem quite sure where it wants to go next, though some St. Louis activists are attempting to organize black people around economic issues such as the Fight for $15 campaign.

Despite the struggles and the growing pains, Black Lives Matters represents, for the first time since the civil rights era, a social movement focused on battling American racism that has energized black Americans all around the country.

Perhaps the most important lesson that Black Lives Matter, and the rest of us, can learn from Nelson’s film can be encapsulated in an insight from Bobby Seale, which comes in the documentary’s closing scenes: “You don’t fight racism with racism, the best way to fight racism is with solidarity.”