Trump’s campaign manager, his lawyer, one of his strategic consultants and his New Hampshire state director all were previously paid by the Charles and David Koch network. 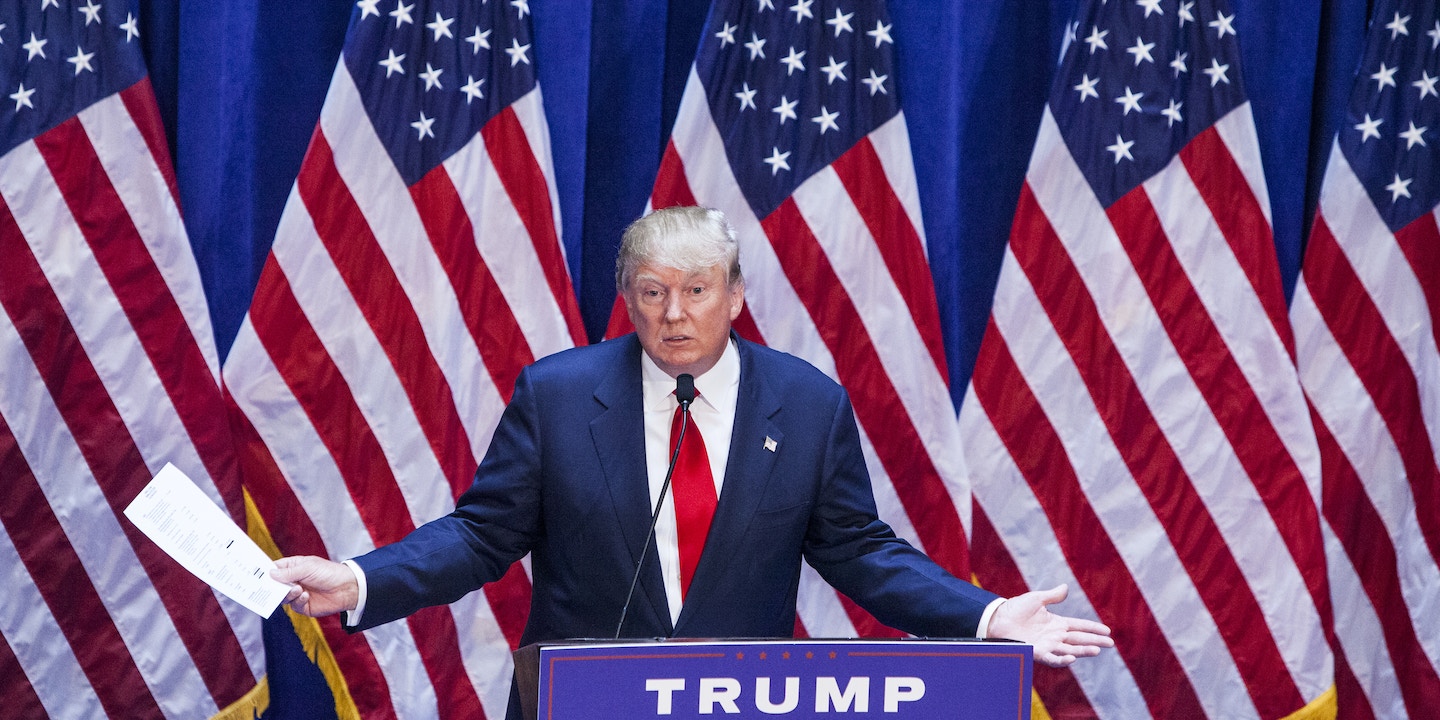 After investing a sizable fortune into building a political machine that now rivals the size and budgets of both major political parties, the conservative billionaire brothers Charles and David Koch are seeing some of their top operatives take jobs with the presidential campaign of Donald Trump.

The fact that many of Trump’s political positions are at odds with those of the Koch brothers does not seem to be a factor.

Take Corey Lewandowski, Trump’s campaign manager, who spent many years of his career working for the Koch political network, first as an assistant at the Koch-led group Citizens for a Sound Economy in 1997 and from 2008 through earlier this year as a senior staff member to the Koch’s primary grassroots group, Americans for Prosperity. Over the last seven years, Lewandowski helped the Koch network organize Tea Party events and get-out-the-vote efforts for Republican candidates for office.

Alan Cobb, a strategic consultant for Trump, is the former director of Kansas public affairs for Koch Industries and also worked for years as a vice president at Americans for Prosperity.

Trump is being counseled by lawyer Donald F. McGahn, the former Federal Election Commission chair who just months ago represented the Koch political network during hearings with the FEC. McGahn is listed as affiliated with Freedom Partners Action Fund, the Super PAC set up by the Koch brothers and their lobbyists.

In New Hampshire, Trump’s state director is Matt Ciepielowski, the former New Hampshire state field director for Americans for Prosperity. As National Journal reported, as Trump works to develop a team to win the New Hampshire primary, he has hired multiple AFP staff, and even leased a campaign headquarters in the same office building as AFP’s office in Manchester.

Some have suggested that Koch operatives have abandoned the industrialist billionaires simply for a higher paycheck. As the director of voter registration with Americans for Prosperity, Lewandowski made $153,162, according to the last available nonprofit disclosure made public, for 2013. Now as a Trump staffer, Lewandowski is making $20,000 a month — or $240,000 a year. As the Wall Street Journal reported, that is “about 45% more than 2012 GOP nominee and multimillionaire Mitt Romney paid his senior staffers.”

Not long ago, Trump maintained friendly relations with the Koch network. He was an invited speaker at the Americans for Prosperity “Freedom Summit” in April 2014. But as Trump began outpolling his Republican rivals, many of whom enjoy support from the Koch brothers, the real estate mogul appears to have fallen out of favor with the Koch brothers.

Trump was not invited to the private fundraiser hosted by the Koch brothers last month at a retreat in Southern California, nor was he invited to the Americans for Prosperity “Defending the Dream” summit last weekend in Ohio. As many of Trump’s rivals headed to the California fundraiser, Trump tweeted: “I wish good luck to all of the Republican candidates that traveled to California to beg for money etc. from the Koch Brothers. Puppets?”