Ten years ago today, in the aftermath of Hurricane Katrina, police gunned down two black families on Danziger Bridge. A new book by Ronnie Greene tells their story. 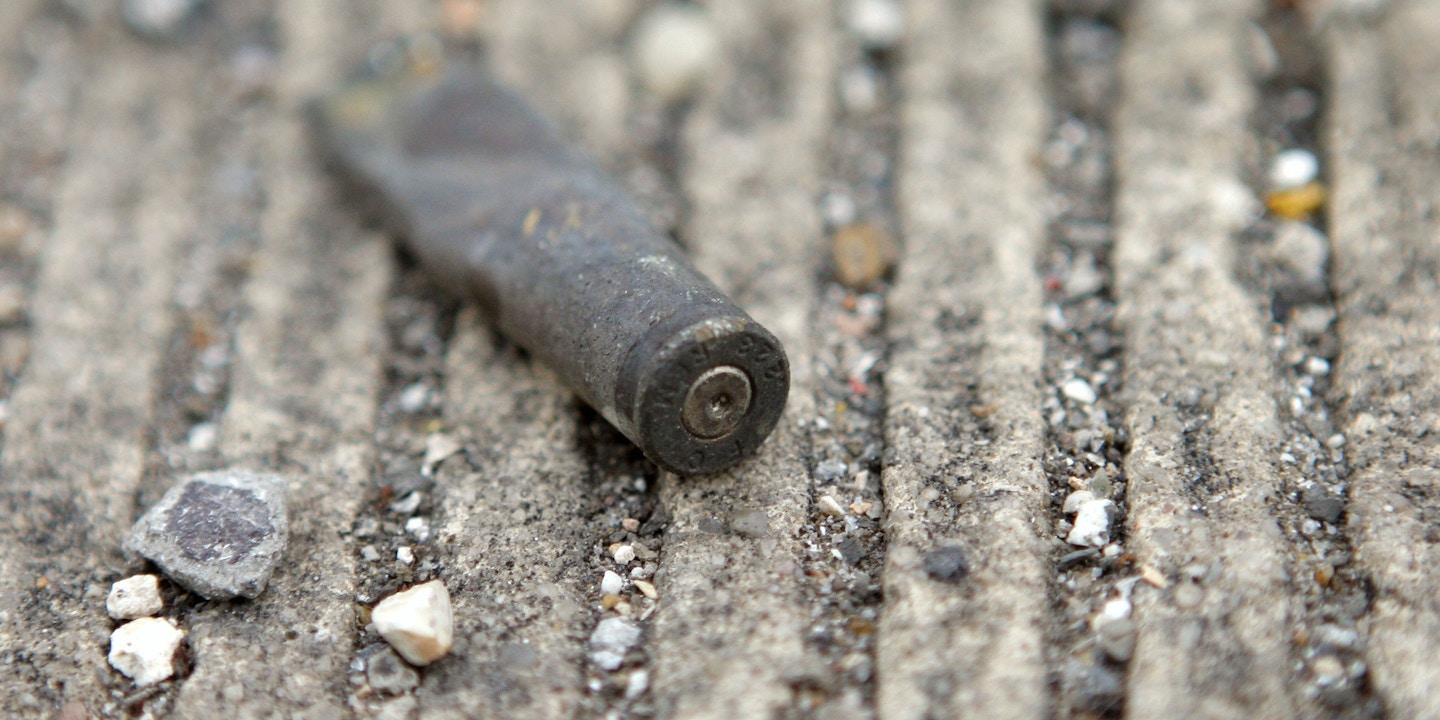 WO WEEKS AGO, prominent Black Lives Matter activists released Campaign Zero, a 10-point plan to reduce police violence against black Americans. The manifesto demands, among other things, an end to for-profit and broken windows policing. Point seven on the list concerns police training: “The current training regime for police officers fails to effectively teach them how to interact with our communities in a way that protects and preserves life.”

Protect and preserve life. That phrase was all I could think about as I read Shots on the Bridge: Police Violence and Cover-Up in the Wake of Katrina, by Ronnie Greene. This is an extraordinarily infuriating book, but not because of any flaw on the author’s part. No, Greene’s book will enrage readers because of the tale it tells: how a group of New Orleans police officers killed two innocent people on a bridge in the aftermath of Hurricane Katrina and attempted to cover it up.

Friday is the 10th anniversary of those killings on Danziger Bridge. And Greene, a Pulitzer Prize-winning investigative reporter, paints a sordid, impressively detailed picture of those hectic days after Hurricane Katrina. Importantly, unlike when many others are killed by police violence, Greene gives his readers full portraits of those murdered by New Orleans police officers that September day.
Ronald Madison was an intellectually disabled man who refused to flee with his family because he wasn’t able to take his two dogs. Madison’s older brother Lance stayed behind with him, and the two hoped to ride out the storm. After the levees broke and flooded Lance’s condo, Ronald and Lance camped out for four days in a hot muggy dentist’s office. When the sun came out on September 4, 2005, they took the weather as a sign and tried to make their escape.

JJ Brissette was a tall, thin 17-year-old who was separated from his family during the storm. Brissette, ever curious, ventured out to inspect the floodwaters, but then couldn’t make it back to his mother, Sherrel, who never saw him again. He somehow found his friend Jose Holmes and joined up with him. Holmes was staying with his aunt Susan Bartholomew and her family, and together they attempted to make their way west, across the Danziger Bridge, which spans the Industrial Canal, in search of medicine for Holmes’ grandmother and cleaning supplies for the dirty hotel room in which they were living. The Bartholomews and Holmes planned to retrieve supplies from a Winn-Dixie supermarket in the neighborhood of Gentilly that they had heard was open and operating.

ON THE BRIDGE, the families — strangers to each other — were black and unarmed. They were all seeking refuge from Katrina when out of nowhere a Budget rental truck filled with armed, plainclothes police officers appeared behind them. According to Greene the officers had received a dispatch call that a police officer was under fire.

Police started firing out the window — warning shots, they called them — even before the truck screeched to a stop. Then one cop began firing his AK-47. Another hit the ground and fired his shotgun, pumped and fired again. He fired a third time. Then a fourth. “Police aim for backs, arms, necks, legs, feet, heads, and stomachs of two groups of people now diving over a concrete railing,” Greene writes, “or scattering atop the bridge.” Lance and Ronald Madison had passed Brissette and the Holmes clan when the hail of bullets began. The two brothers then ran toward Gentilly.

The barrage of bullets shredded Brissette’s body “from the heel of his foot to the top of his head.” Jose, seeking cover, “saw a man lean over the railing, his finger on the trigger”; he looked away as the man shot him point blank in the stomach. Everyone on the bridge believed they were being ambushed not by police, but by criminals because the plainclothes officers never announced themselves and began shooting indiscriminately. The NOPD fired so many rounds on Danziger that, afterward, the weapons were “hot to the touch.”

Ronald Madison died after he was shot seven times; one officer, Robert Faulcon, actually chased him down, over the bridge to the other side, as he fled the gunfire, and shot him in the back. Another officer, Sgt. Kenneth Bowen, “wearing his police issued boots, stomped on Ronald Madison’s back, again, and again.” JJ Brissette was shot in the leg, buttock, elbow, and neck. His lifeless body was almost unrecognizable. Also grievously wounded that day were Susan Bartholomew, Jose’s aunt (who lost an arm in the shooting); her daughter Lesha; husband, Leonard; and Jose himself.

SGT. ARTHUR KAUFMAN helped lead the internal investigation and was initially convicted for his role in orchestrating the cover-up. Greene, who had impeccable sources, brings the reader into the room where police plotted their deception. “Officers who had not fired their weapons were barred from the session. One of them was Kevin Bryan, who had become nauseated witnessing the blood gushing out from the victims.”

In the year that followed, Kaufman and company’s lie fell apart after the victims came forward and insisted the police explanation was false. Eventually Kaufman, and the four shooters, were charged with various felonies ranging from conspiracy to deprivation of civil rights. In 2011, after a monthlong trial, the five officers were convicted. Their sentences ranged from six years to 65 years.

Two years ago, however, a judge threw out those convictions and ordered a new trial after it was discovered that prosecutors in the case had posted opprobrious comments about the New Orleans Police Department on a website.

Sal Perricone, one of the prosecutors who posted comments, referred to New Orleans police officers as “self-centered, self-interested, self-promoting, insular, arrogant, overweening, prevaricating, libidinous fools,” according to the Los Angeles Times. Perricone, who has since resigned his position as U.S. Attorney, also accused NOPD officers of having sex with each other.

In the end, as the issue of police brutality continues to dominate much of the national discourse, Greene’s timely book reminds readers that due process for killer cops can mean more than the lives of dead victims; and also that black lives have never mattered much in America — not even those of innocent black people fleeing Katrina’s floodwaters.