A little-noticed report reaffirms that the reformist wing of the Democratic Party is winning the tactical battle over financial regulatory personnel. 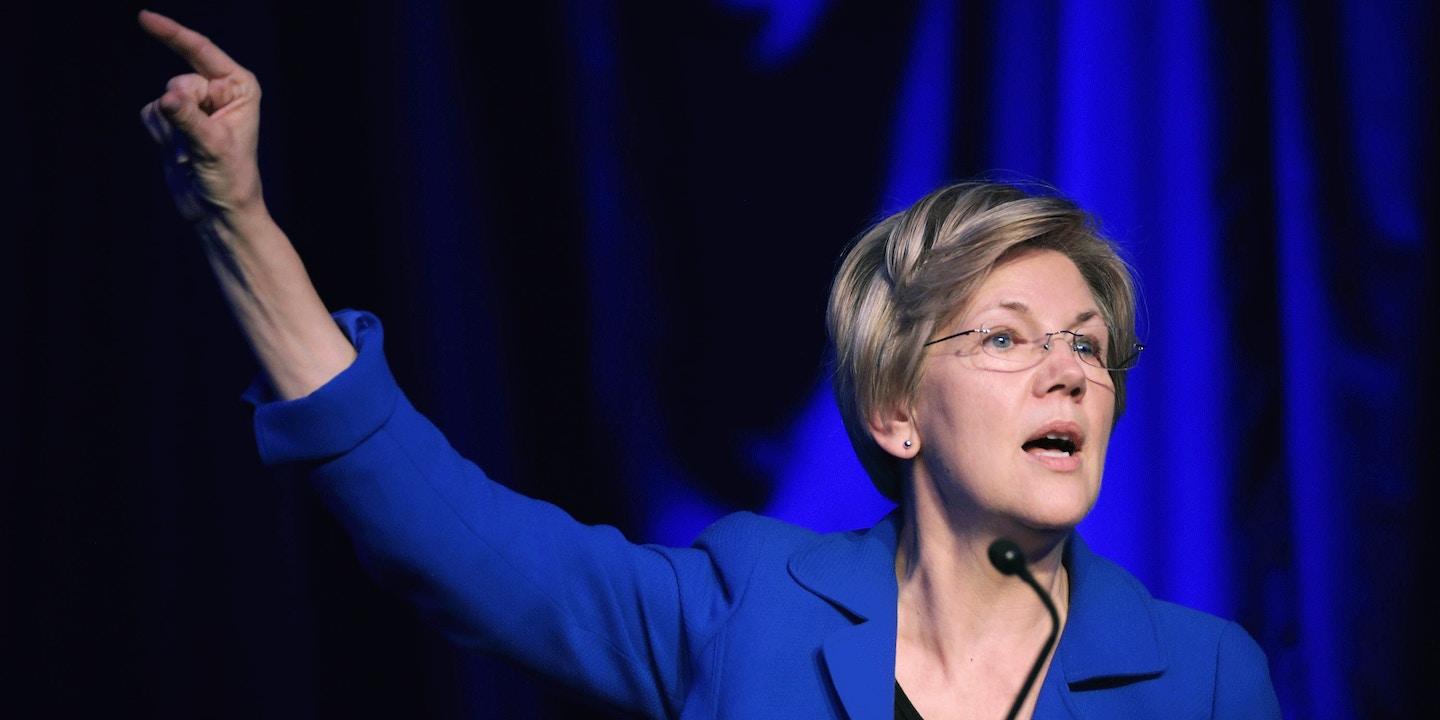 A little-noticed report on candidates for an open spot on the Securities and Exchange Commission (SEC) reaffirms that the reformist wing of the Democratic Party is winning the tactical battle over financial regulatory personnel.

Luis Aguilar, one of three Democratic SEC commissioners on the five-member panel, announced he would step down in May. Initially, the White House floated as a replacement Keir Gumbs, who has passed through the revolving door, from SEC staff to the white-collar corporate law firm Covington & Burling.

Covington & Burling counts most major U.S. banks among its clients, and is the home of former Attorney General Eric Holder and several of his top deputies. While at Covington, Gumbs allegedly gave CEOs tutorials on how to avoid disclosing their corporate political spending. He also represented the American Petroleum Institute before the SEC.

Pairing a corporate-friendly commissioner with SEC Chair Mary Jo White would give her an assured vote, and marginalize the more reform-minded Democrat on the panel, Kara Stein. That’s why White lobbied to replace Aguilar with a moderate.

But months of criticism of both Gumbs and the SEC’s bank-friendly practices created a delay, with the White House agreeing to vet additional candidates who didn’t have ties to corporate America. Last week, word leaked that administration officials were considering Lisa Fairfax, a law professor at George Washington University. Sen. Elizabeth Warren, D-Mass., listed Fairfax as one of her top candidates for the SEC position.

Without this intra-party battle on personnel, the White House would likely have selected Gumbs months ago, as he was their leading choice.

Led by Warren, reformers previously prevented Larry Summers from becoming Federal Reserve chair, and forced Antonio Weiss to withdraw from a nomination for the No. 3 position at the Treasury Department.

The Obama administration, despite a clear preference for moderates with Wall Street ties for financial regulatory positions, now must consider a far broader range of personnel. Warren and company have prioritized this, believing that personnel affects policy when regulators must implement and enforce laws, or exercise independent judgment. Reducing Wall Street’s influence inside those agencies will have a salutary effect on outcomes.

That explains the reform wing’s satisfaction with forcing Hillary Clinton to take their side on anti-revolving door legislation last week. Her Democratic opponent Bernie Sanders would be reliably expected to hire reform-minded regulators for his White House staff, should he get the chance. Influencing those who may not always share those principles, like Clinton or Obama, suggests far more clout.

By forming a united front on these matters, it makes it more difficult for future Democratic administrations to use Wall Street as a policymaker talent pool. This significantly changes the landscape of the party, regardless of individual candidate views or the desires of Wall Street-aligned donors.

Obama may still pick Gumbs; he reportedly has the backing of Holder, his colleague at Covington & Burling. Gumbs and Warren are set to meet this week, according to the Wall Street Journal. But the interest in Fairfax reflects the fact that she’s more confirmable for Senate Democrats.

Daniel Gallagher, one of two Republican commissioners, announced his intention to leave the agency on October 2. Aguilar plans to stay until a replacement is named. Hester Peirce, former aide to Senate Banking Committee chair Richard Shelby, is said to be the choice for the Republican vacancy.

If the White House doesn’t want a short-staffed SEC as they finalize Dodd-Frank rules, they could pair Fairfax and Peirce for a relatively painless confirmation. By increasing the pain factor on choosing corporate-friendly candidates, Warren and her allies have shown their muscle in the fight over personnel.