Viktor Orban got his start as a young and charismatic opponent of communism in 1989 but turned to nationalism in the 1990s. 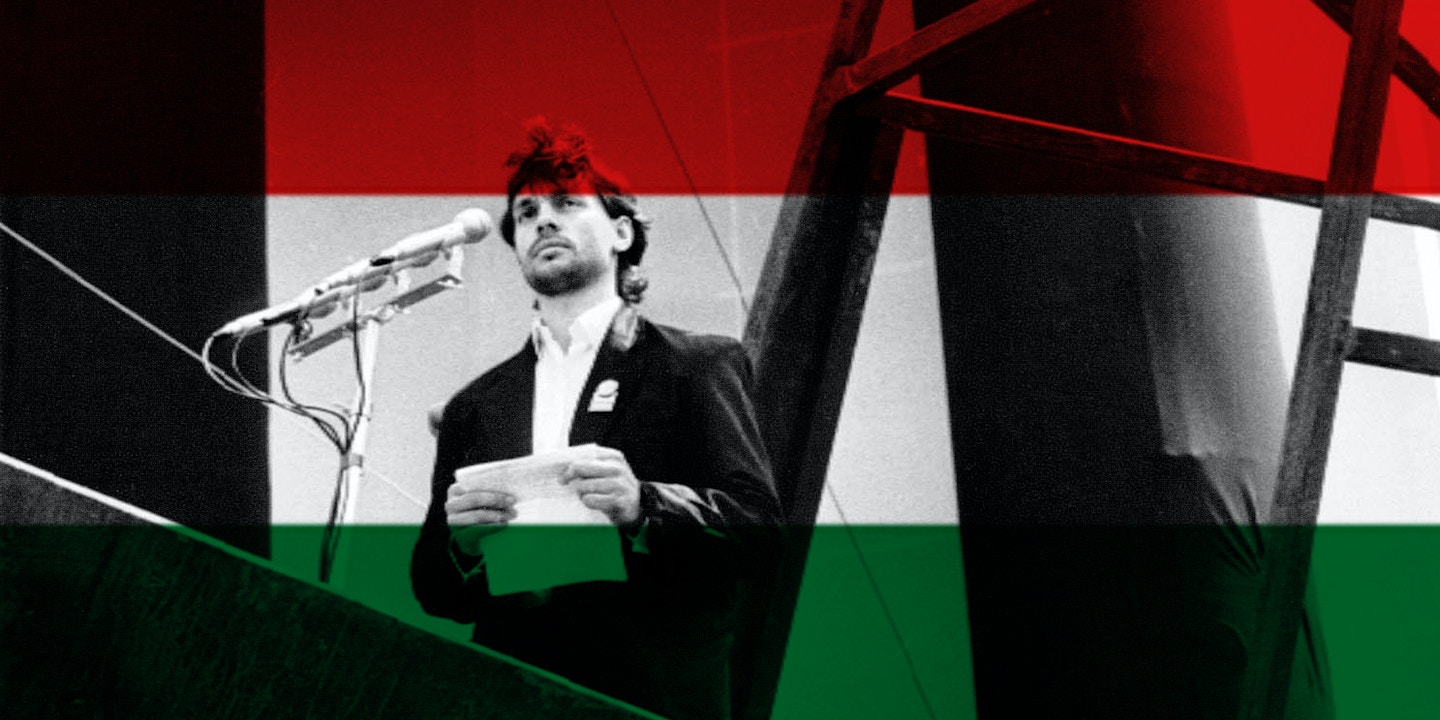 Unshaven, without a tie, the young dissident surveyed the crowd before him. It was June 16, 1989, and 250,000 people had gathered in Heroes’ Square for the reburial of Imre Nagy, the leader of the failed 1956 revolution. Viktor Orban demanded that Soviet troops leave Hungary. Soon afterward, they did.

“It proved to be the right sentence, because it was true and came from the people’s hearts,” Orban told me a decade later.

The world applauded the birth of a new political star who would help lead his country to freedom. But for how long? Just over 25 years later, in July 2014, Orban, serving his third term as prime minister, gave another speech. Hungary, he declared, will be “an illiberal state.” It would remain a democracy, and would not reject freedom but would take “a different, special, national approach.”

As Europe’s refugee crisis intensifies, with Hungary’s borders and train stations at the epicenter, Orban’s “special, national approach” is in the spotlight. While Germany says it will take hundreds of thousands of refugees, Orban has been one of the most vocal and resolute opponents of immigration – especially Muslim immigration.

“If Europe does not return to the path of common sense, it will find itself laid low in a battle for its fate,” he wrote in the Frankfurter Allegemeine Zeitung.

That article and other incendiary statements sent shock waves across Western capitals. What happened to the shaggy-haired freedom fighter, many asked, and why has he taken a sharp right turn? But that is the wrong question, shaped by Western liberals’ erroneous expectations of post-communist central Europe. A better question is, why wouldn’t he?

Orban was born in May 1963 in Alcsutdoboz, a small village 31 miles from Budapest. After graduating from high school he moved to Budapest to study law at Eötvös Loránd University. There he co-founded Századvég, a dissident social science journal.

He graduated in 1987 and joined the Central-Eastern Europe Study Group, which was funded by George Soros, the financier who had emigrated from Hungary after World War II. The following year Orban became a founding member of the Alliance of Young Democrats, known in Hungarian as Fidesz. The outspoken radicals quickly became the darlings of the Western media. They were young, smart and scruffily photogenic – Tamas Deutsch, another founding member of Fidesz, was a model for Levi’s jeans. Fidesz in its early years was a broad coalition, from near anarchists to nationalists. They all had one aim: to get rid of the Communists. Once that was achieved, like all revolutionary groups, the party began to fracture.

In the early 1990s, Orban decided to reinvent the party as a conservative and moderately nationalist movement. Many of Fidesz’s original members left in disgust. Others stayed loyal and were rewarded with ministerial posts in the first Fidesz government from 1998 to 2002. That laid the groundwork for Orban’s later slide toward centralizing political and economic power. It was based, say those who know him, on two pillars: ideology and electoral mathematics.

Orban’s flirtation with Western-style liberalism was superficial. He naturally inclines to a power-based politics, imposed from above. Nationalism, and increasingly, populism, provided the ideological underpinnings. The left of the country’s political spectrum was crowded with liberals and socialists of the post-communist variety. There was a large gap on the right, where, it is now clear, a majority of Hungarians naturally sympathize.

Outside of some parts of Budapest and other major cities, there is little appetite for Western-style progressive politics. Hungary, like its neighbors in central and eastern Europe, remains a profoundly conservative country. There is, for instance, meager support for gay rights. Orban understands that mitteleuropa has no experience of mass immigration or multiculturalism and that many of its citizens do not want it.

Despite the volunteers helping out at Keleti and other stations in Budapest, and at Roszke refugee camp on the southern border with Serbia, many Hungarians are overwhelmingly opposed to allowing in asylum seekers. Nearly 40 percent of Hungarians say that no asylum seekers should be allowed in, according to a July poll by Tarki, a research organization.

Losing the election in 2002 to the Socialist Party came as a shock to Orban, one that was repeated in 2006. But eight years of political exile gave him plenty of time to plan his remodeling of Hungary and do his best to ensure that the country would never have another left-wing government.

The first blow to Hungary’s left was delivered in 2006, when right-wing protesters took over Kossuth Square, the site of the Hungarian parliament, and fought running battles with police across downtown Budapest, in circumstances that remain murky. That destroyed the authority of Ferenc Gyurcsany, the Socialist prime minister at the time.

The Socialists were crushed in the 2010 election, when Orban’s party won a stunning two-thirds of seats in Parliament. Gyurcsany subsequently formed his own party, the Democratic Coalition, thus ensuring the fracturing of the left. Under Orban, a new constitution was adopted and a National Declaration was issued calling for “Peace, Freedom and Unity.” Critics mocked it and dubbed Orban the “Dear Leader” in the style of North Korea. They stopped laughing in 2014 when Orban won another two-thirds victory, albeit with some helpful tinkering to the electoral system.

For now, Orban seems unstoppable. Political and economic power has been centralized to a level unprecedented since the collapse of communism. Party loyalists have taken over state institutions. A new class of well-connected “minigarchs” has arisen, making vast fortunes. State television pumps out pro-government propaganda. Corruption remains widespread. Hungary has built a razor-wire fence on its southern border to keep out migrants. The army has carried out an exercise on the border and will likely soon deploy there.

At the same, while decrying the communist-era economic and business networks that supposedly remain influential, Orban deftly attacks international banks, multinational corporations and even the European Union, which he accuses of eroding Hungary’s sovereignty. The EU has neither the means nor the will to confront him.

Yet for all the talk about the “Viktator,” as Orban is called by his critics, Hungary remains a free country. Demonstrations are frequent. There are no political prisoners. The press, especially news websites, are scathing in their criticisms. The borders are open – so much so that perhaps 500,000 Hungarians have left for Western Europe to build new lives.

Still, Orbanism’s mix of right-wing nationalism, and leftist economic statism, remains the country’s most popular ideology. Fidesz has 29 percent support, according to a recent poll by Nezopont, while the far-right Jobbik is second at 15 percent. The Socialists and the Democratic Coalition had 9 percent and 6 percent respectively, and a small green-liberal party had 5 percent.

Back in 1999, when Orban had been prime minister for just a year, I asked him in his office in Parliament about the reality of political power. Is it what he expected? He laughed with great gusto and said, “It is far better.”

Adam LeBor is a journalist based in Budapest. His latest book, The Washington Stratagem, is published by HarperCollins.