New York State May Get a $15 Minimum Wage. Ford Paid Workers That 100 Years Ago. 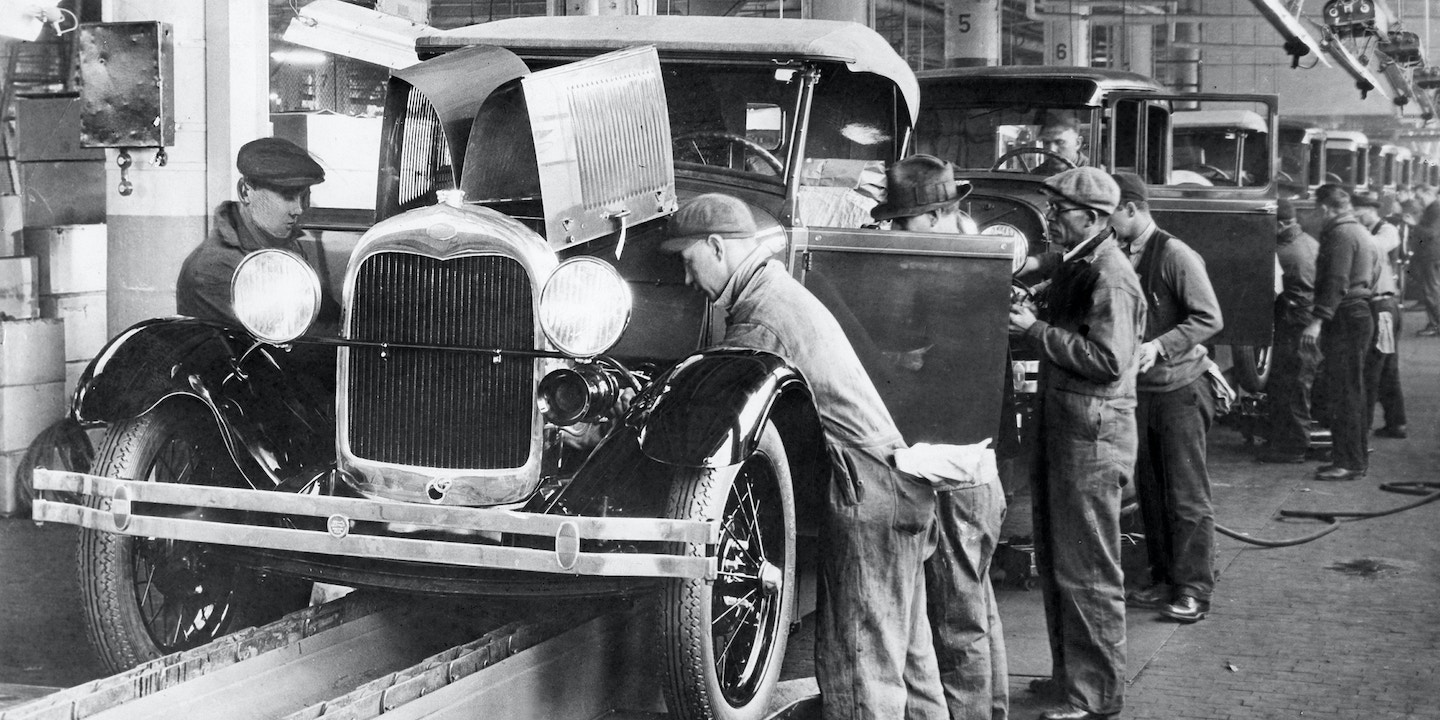 This Thursday in Manhattan, New York Gov. Andrew Cuomo called for the state to raise its minimum wage to $15 an hour for all workers. Cuomo can’t just do this by edict — as he essentially could using an industry-specific wage board when he raised the minimum pay for New York fast food workers to $15 an hour by 2021 — so any raise for everyone will have to pass the state legislature. Still, simply getting the endorsement of the governor of the third-biggest U.S. state is a huge victory for a national movement of low-wage workers.

What will come next is a series of hysterical warnings from conservative pundits that New York can’t meddle with the almighty power of supply and demand, and that this will cause massive unemployment and destroy the very people it’s supposed to help, etc.

So here’s some historical context: Adjusted for inflation, $15 an hour is exactly what Henry Ford paid his workers over 100 years ago.

When Ford made his announcement, the New York Times proclaimed that “The theory of the management at Ford Motor Company is distinctly Utopian and runs dead against all experience.” According to the Wall Street Journal, Ford had “committed economic blunders, if not crimes” that would “get riddance to Henry Ford of his burdensome millions” and “may return to plague him and the industry he represents, as well as organized society.”

Instead, Ford had kicked off the age of mass consumption, a huge century-long economic expansion, and the creation of the first real middle class in world history. As Ford later wrote: “We increased the buying power of our own people, and they increased the buying power of other people, and so on and on. It is this thought of enlarging buying power by paying high wages and selling at low prices which is behind the prosperity of this country.” (Interestingly, someone making $5 dollars a day at Ford would have had to work a little more than 100 days to afford a Model T — and if New York workers get a raise to $15 an hour, they’ll have to work about the same period of time to afford a Ford Fiesta.)

It’s true, of course, that only Ford workers initially got $15 an hour, whereas if Cuomo succeeds every worker in New York will. On the other hand, the per capita U.S. gross domestic product is about eight times larger than it was in 1914, adjusting for inflation. If Americans could be paid decently then, there’s much, much more than enough money to pay us decently now.