In a finding with national implications, a Seattle land-record audit reports that all assignments of mortgages involving MERS — and therefore any resulting foreclosures — were fraudulent. 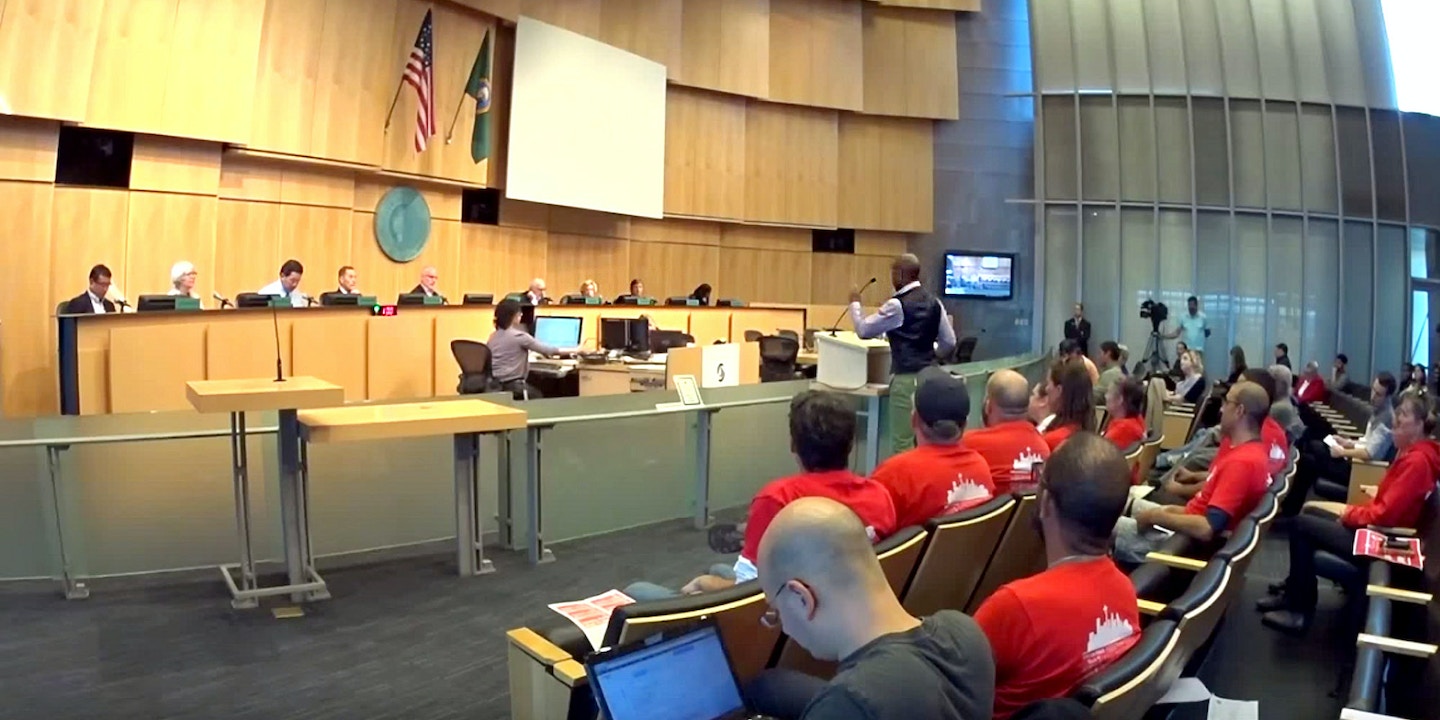 A Seattle housing activist on Wednesday uploaded an explosive land-record audit that the local City Council had been sitting on, revealing its far-reaching conclusion: that all assignments of mortgages the auditors studied are void.

That makes any foreclosures in the city based on these documents illegal and unenforceable, and makes the King County recording offices where the documents are located a massive crime scene.

The problems stem from the Mortgage Electronic Registration Systems (MERS), an entity banks created so they could transfer mortgages privately, saving them billions of dollars in transfer fees to public recording offices. In Washington state, MERS’ practices were found illegal by the State Supreme Court in 2012. But MERS continued those practices with only cosmetic changes, the audit found.

That finding has national implications. Every state has its own mortgage laws, and some of the audit’s conclusions may not necessarily apply elsewhere. But it shows how MERS reacted to being caught defrauding the public by trying to sneak through foreclosures anyway. Combined with evidence in other parts of the country, like the failure to register out-of-state business trusts in Montana, it suggests that the mortgage industry has been inattentive to and dismissive of state foreclosure laws.

Christopher King, a Seattle-area real estate professional who makes short films about the foreclosure crisis at MortgageMovies.net, confronted the City Council at its Monday night meeting. King has been among several Seattle-area activists demanding that council members pay attention to fraud in the public records, even inviting them to public seminars on the issue.

“Some of you have attended my seminars and acknowledged that there’s criminal activity going on,” King told the council. “I want to have the taxpayers have confidence in the City Council that we’re going to address the problem, because it’s right here.”

King, who said he received the audit from fellow activists, published it on Scribd, an upload site for large documents.

The council had commissioned the audit from McDonnell Property Analytics, a forensic analyst of mortgage documents. It surveyed assignments from the first half of 2013 involving MERS, which is owned by big banks Fannie Mae and Freddie Mac.

The Washington State Supreme Court’s 2012 decision in Bain v. Metropolitan Mortgage Group found that MERS violated state law by foreclosing on homeowners on behalf of a lender. The court ruled that MERS is not a “lawful beneficiary” because it never held the promissory notes.

In every one of the 195 mortgage assignments reviewed by McDonnell Property Analytics, MERS attempted to transfer legal interests in the mortgage, which the Washington Supreme Court says it does not hold, to another entity.

MERS changed the language it uses in Washington — calling itself the “nominee for the lender” rather than the beneficiary — but not its practice. In other words, the changes are only semantic. “Regardless of the artful wording,” the audit states, “if the assignments serve the same purpose as before, the problem remains.” The audit uses the Latin phrase nemo dat quod non habet, “No one can give that which he does not have.”

By pretending to transfer interests that MERS does not own, the assignments are fraudulent under Washington law, the audit concludes. And all subsequent filings, and subsequent foreclosures, depending upon that invalidated assignment, are similarly void. The audit cites state law that makes filing false or forged documents to public offices a felony, with penalties of up to $5,000 and five years in prison.

“The city is not being proactive in the face of ongoing lawlessness,” Christopher King wrote on his website, announcing the release of the audit.

The audit’s recommendations include enforcing the felony laws, enacting mortgage fraud statutes with higher monetary penalties for filing false mortgage documents, and requiring all transfers of mortgage notes to be recorded. It even suggested trying to suspend MERS’ license to operate in Washington.

“Both legislative and prosecutorial action is necessary to protect the public,” wrote Marie McDonnell, author of the audit. “The flooding of void title documents into public land recording offices throughout Washington must be stopped, as swiftly and surely as the public works department would stop the flow of waste water from a broken artery that threatened the public’s health and safety.”

McDonnell Property Analytics is also performing an audit of land records in Maricopa, Pima and Pinal counties in Arizona, for plaintiffs in a federal court case.

Lowell Aldrich, an aide to Seattle council member Nick Licata, who initially requested the land records audit, said that they are striving to address the findings at the next meeting of the City Finance Committee on September 23.