Yahoo clearly fell victim to what scientists call the “streetlight effect”: that is, drawing conclusions from what’s easy to measure, rather than everything about reality. 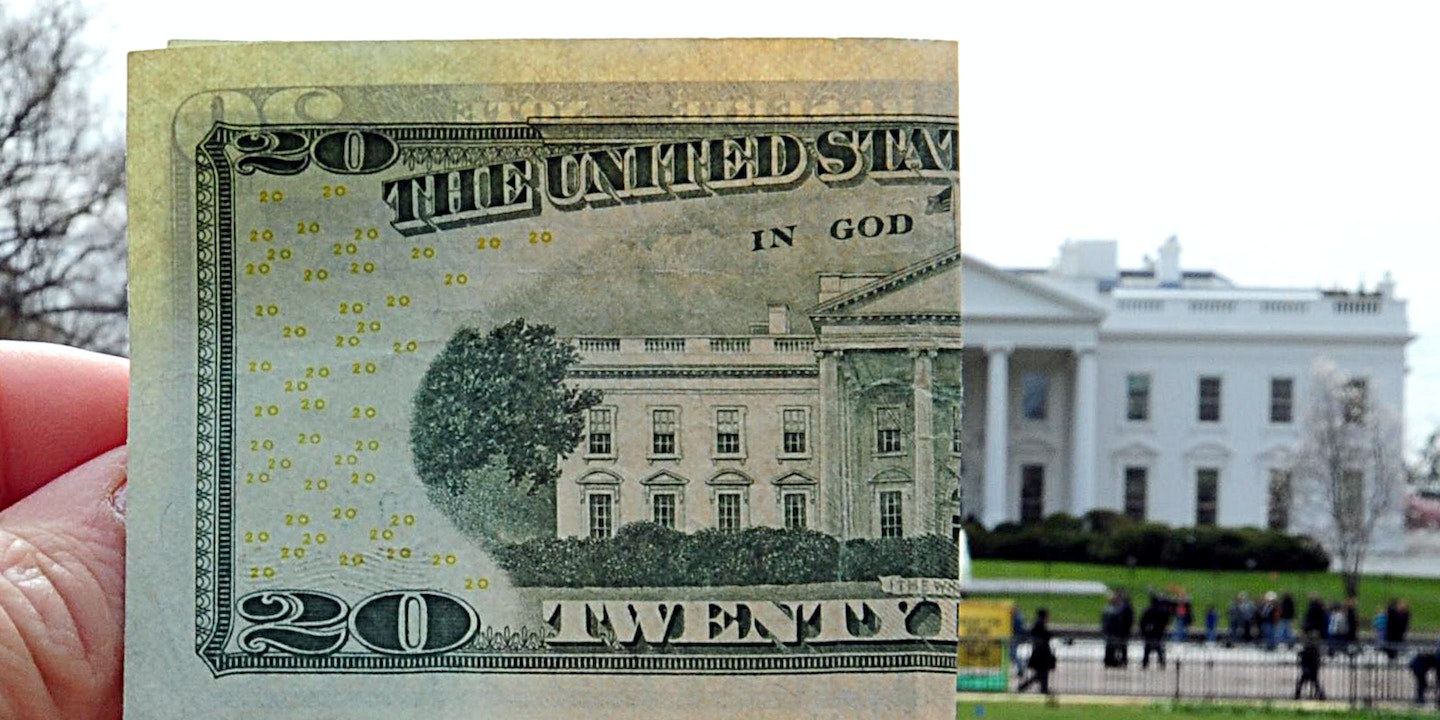 A recent New York Times/CBS poll found that 84 percent of Americans think money has too much influence in U.S. politics, and 85 percent want the campaign financing system completely rebuilt or at least fundamentally changed. Even politicians themselves will tell you that big money controls most of what they do.

Yahoo Finance, however, has done a study on money in politics, and determined that everyone else in America is wrong:

With so much concern about democracy for sale, Yahoo Finance set out to ask a basic question: Are rich donors buying election results? We scrutinized thousands of federal records on campaign donations in presidential and congressional campaigns in 2012 and 2014, and came up with this simple answer: no.

So case closed, according to Yahoo: “The return on investment to big donors appears to be less than the fretting over the health of democracy suggests.”

Of course, the flaws in Yahoo’s study are as painfully glaring as the lens flare in a J.J. Abrams Star Trek reboot. Here are the top four, from least important to most:

• Yahoo doesn’t know who the top individual donors were and how much they gave — because nobody does. When you look at Yahoo’s list of the top 10 donors for the 2012 and 2014 elections, you’ll notice something odd: Charles Koch is last, at No. 10, and only contributed a scant $5 million total. How can that be? There’s a very simple answer: Yahoo isn’t including money donated to “dark money” political organizations, because it can’t — dark money groups are named that because they go to great lengths to conceal the identity of their contributors.

So no one knows how much Koch is personally spending on politics via his extensive dark money political network. What we do know (thanks to an in-depth investigation by the Washington Post and Center for Responsive Politics) is that the Koch network raised at least $407 million in 2012 alone. Certainly that didn’t all come from Charles Koch and his brother David. But as one of the network’s smaller contributors says, “They came across as guys who are putting a lot of their own money into it.”

• Giving lots of your money to losers isn’t a sign of failure.

This is a preposterous way of looking at elections. If all of a big donor’s candidates win, that means they probably wasted most of their money on races their candidates would have won anyway. If you’re going to spend money on politics, you obviously will concentrate on finding races where you believe your candidates won’t win without you. The fact that big donors’ candidates don’t all then win doesn’t mean the donors haven’t bought races; it indicates they’re investing their money wisely.

• There’s a political spectrum beyond the one between corporate Republicans and corporate Democrats.

According to Yahoo, “In many races, there’s a huge amount of money on both sides, with big donors essentially canceling each other out.” But while those huge amounts of money may back different candidates, in many ways the money’s all on the same side.

That’s because the biggest contributors to politics may vociferously disagree on some issues, like global warming, but they generally agree on many more, like the importance of trade deals like the Trans-Pacific Partnership. As Barack Obama said in his book The Audacity of Hope, when he ran for the Senate in 2004 he had to focus all his attention on donors who “reflected, almost uniformly, the perspectives of their class: the top 1 percent or so of the income scale. … They had no patience with protectionism, found unions troublesome, and were not particularly sympathetic to those whose lives were upended by the movements of global capital. … I know that as a consequence of my fundraising I became more like the wealthy donors I met.” And Obama, of course, is what counts in the U.S. political system as a “liberal.”

So while large majorities of Americans often strongly disagree with the positions where the bipartisan donor class finds consensus, they usually have no one to represent them. That’s why it’s taken an army of small donors to make Bernie Sanders a viable force. It’s also why it took Donald Trump’s self-funded campaign to speak for a large Republican constituency that’s nativist, against Social Security cuts, and in favor of raising taxes on hedge fund managers.

• There’s much, much more to money and politics than elections.

Human beings vote, at most, every two years. Money votes every day. That’s why in many cases it doesn’t actually matter much which politicians are in office.

For instance, in 1993 advocates of single-payer health care met with Hillary Clinton when she was in charge of the Clinton administration’s attempt to overhaul the health insurance system. She told them they’d persuaded her that single-payer was clearly the rational way to go. But, she suggested, that was irrelevant, asking, “Is there any force on the face of the earth that could counter the hundreds of millions of dollars the insurance industry would spend fighting that?” When they suggested leadership from the president of the United States, she scoffed: “Tell me something real.”

In the last paragraph of its study, Yahoo does make a nod toward this reality, acknowledging that corporations spend much more on lobbying than trying to elect specific candidates. According to the Center for Responsive Politics, the total disclosed money spent lobbying — which doesn’t actually capture all of it — will be about $13 billion from 2012 to 2015.  By contrast, the 2012 and 2014 federal elections cost a combined total of about $10 billion.

All in all, Yahoo clearly fell victim to what scientists call the “streetlight effect”: that is, drawing conclusions just from what’s easy to measure, rather than everything about reality. The streetlight effect is named after this old joke.

Late at night a policeman finds a drunk man crawling around on his hands and knees under a streetlight. The drunk man tells the policeman he’s looking for his wallet. When the officer asks if he’s sure this is where he dropped the wallet, the man replies that he thinks he probably dropped it across the street. The confused policeman asks, “Then why are you looking over here?” The drunk man explains: “Because this is where the light is.”

Yahoo is the drunk guy.