The Pope’s critique of the world is so radical that many Americans, members of Congress in particular, might not even understand what he’s saying. 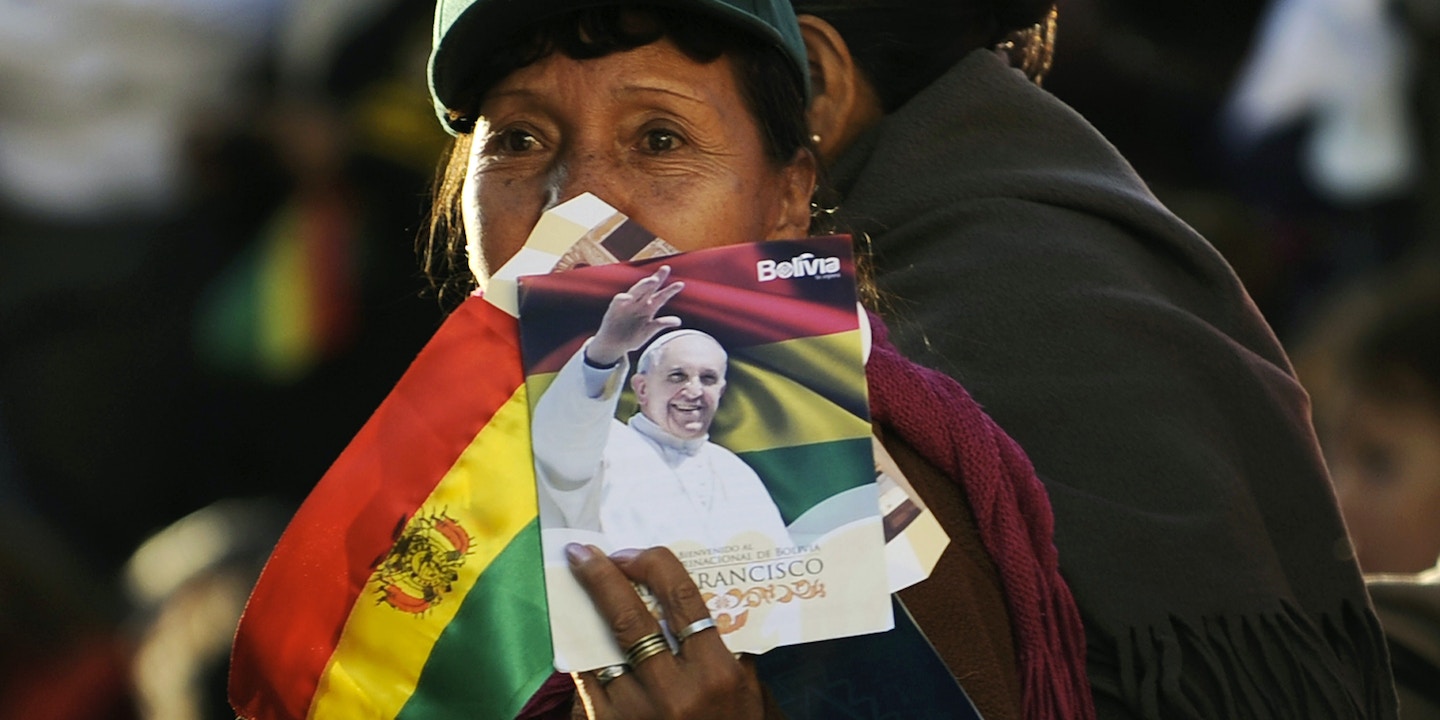 There are many things Pope Francis could say in his Thursday address to Congress that would make its members uncomfortable. Rep. Paul Gosar, a Republican Catholic from Arizona, has already announced that he’s refusing to attend because the Pope may urge action on global warming. The Pope could also strongly criticize capitalism, as he did in great detail in his 2013 apostolic exhortation The Joy of the Gospel.

But the Pope’s critique of the world has an even more radical component, one that’s gotten little notice in the United States — maybe because it’s so radical that many Americans, members of Congress in particular, might not even understand what he’s saying.

And what Francis is saying is that capitalism and our growing environmental disasters are rooted in an even older, larger problem: centuries of European colonialism. Moreover, he suggests this colonialism has never really ended, but merely changed forms — and much of U.S. foreign policy that’s purportedly about terrorism, or drugs, or corruption, or “free trade,” is actually colonialism in disguise.

That’s a perspective that no one in Congress — from Ted Cruz to Bernie Sanders or anyone in between — is going to get behind.

The Pope’s most extensive denunciation of colonialism is probably his speech last June at the World Meeting of Popular Movements (an event nurtured by the Vatican at the Pope’s initiative) in Santa Cruz, Bolivia. It’s genuinely startling. Read this and try to imagine what would happen if it were spoken at the U.S. Capitol:

The Earth, entire peoples and individual persons are being brutally punished. And behind all this pain, death and destruction there is the stench of what Basil of Caesarea called “the dung of the devil.” … Once capital becomes an idol and guides people’s decisions, once greed for money presides over the entire socioeconomic system, it ruins society, it condemns and enslaves men and women. …

Let us always have at heart the Virgin Mary, a humble girl from small people lost on the fringes of a great empire. … Mary is a sign of hope for peoples suffering the birth pangs of justice. …

We see the rise of new forms of colonialism, which seriously prejudice the possibility of peace and justice. … The new colonialism takes on different faces. At times it appears as the anonymous influence of mammon: corporations, loan agencies, certain “free trade” treaties, and the imposition of measures of “austerity,” which always tighten the belt of workers and the poor. …  At other times, under the noble guise of battling corruption, the narcotics trade and terrorism — grave evils of our time, which call for coordinated international action — we see states being saddled with measures which have little to do with the resolution of these problems and which not infrequently worsen matters.

Moreover, the location of the event and the Pope’s speech was certainly not random. Bolivia today is an international symbol of both the evils of European colonialism and resistance to it, with history running from the founding of La Paz in 1548 to right now.

For instance, while it’s almost completely unknown in Europe and the U.S., an estimated 8 million indigenous Bolivians and enslaved Africans died mining silver for Spain from the Bolivian mountain Cerro Rico — or as it’s known in Bolivia, “The Mountain That Eats Men.” Potosí, the city that grew up around Cerro Rico, is now extraordinarily polluted, and the mountain is still being mined, often by children. On the conquerors’ side of the ledger, Potosí was the source of tens of thousands of tons of silver, leading to the Spanish phrase vale un potosi — i.e., worth a fortune. (Some also believe the U.S. dollar sign originated from the design of coins minted there.)

More recently, in a faint echo of Potosí, the International Monetary Fund tried to force the Bolivian city of Cochabamba to lease its water system to a consortium of international investors. Enormous, successful protests helped make then-Congressman Evo Morales famous — enough so that he went on to become Bolivia’s first-ever indigenous president.

Morales kicked out the U.S. Drug Enforcement Agency in 2008, and now the U.S. has secretly indicted several Bolivian officials connected to his administration — under, as the Pope might put it, “the noble guise of battling the narcotics trade.” The U.S. also appears to have been behind the forcing down of Morales’ presidential plane as it flew across Europe from Moscow, because the U.S. believed Morales might have had Edward Snowden onboard.

This history is why the Pope could tell Bolivians, “I do not need to go on describing the evil effects of this subtle dictatorship: you are well aware of them.”

And whether white people are ready to hear it or not, Bolivia’s experience is the norm across the planet, not the exception. It’s why President Cristina Fernández de Kirchner of Argentina said what happened to Morales’ plane was “the vestiges of a colonialism that we thought was completely overcome.” Or why most of the world sees the Israel-Palestine conflict as not about democracy vs. terrorism, but about colonialism. Or why it sees the Trans-Pacific Partership as not about free trade vs. protectionism, but about colonialism. Or why it saw the invasion of Iraq as not about weapons of mass destruction, but colonialism.

Based on the current presidential race, I’d estimate that the U.S. political system will have the maturity and grace to hear this in maybe 300 years. And if the Pope brings any of this up at the Capitol, it’s safe to say he’s not going to be invited back.